Sonic the Hedgehog 4: Episode II is a solid though unremarkable continuation of the long-running formula.

On the surface, Sonic the Hedgehog 4: Episode II gives you pretty much everything you'd want in a followup, and a lot more than you've probably come to expect. New modes, a new character, cooperative play, revamped graphics, and plenty of new levels to run through build on the original game. What they don't do, though, is fix the core issues that made Sonic the Hedgehog 4: Episode I a rather lackluster experience. Gameplay is still slow-paced, level design is still too linear, and boss battles are just plain boring. To be sure, most of the time that you're playing Episode II you'll enjoy yourself--the game is thoroughly amusing, even if it isn't very exciting--but those folks hoping Episode II will transform Sonic 4 into the wild-ride action of yesteryear's Sonic games will be disappointed.

Case in point: the addition of Sonic’'s buddy/annoying hanger-on Tails. Having two characters means you can play co-operatively (both locally and online), and even when you play by yourself, the AI that controls Tails is good enough to make him a useful ally. But much of the time, Tails' role is relegated to combining with Sonic to form a super-powerful rolling ball (useful for breaking through large objects) or rescuing Sonic from a fall with his whirling appendages. He has no real part to play on his own, and aside from a few obvious puzzles here or there, no levels feature or even require his skills. Indeed, due to linear, unimaginative level design, even Sonic himself fails to feel Sonic-y. Levels lack boosters, loops, alternate pathways, and other series trademarks, which makes the game feel more like a traditional, unassuming platformer an honest-to-goodness Sonic game.

Nevertheless, jumping around, bounding off bumpers and walls, is a fun way to kill a few minutes. In addition to the redone graphics, which bear a much closer resemblance to early Sonic games than Episode I's did, Sonic's air slam ability (allowing him to dash at a target in midair, damaging and ricocheting off of it) returns in Episode II. The air slam allows for some nifty air combos and provides one of the game's two real chances to feel some momentum. The other comes in Episode II's "3D" stages, where Sonic and Tails run continuously along chutes and loops, collecting rings and dodging (or killing) bad guys. These bonus stages are far too few in Episode II, but when they do come around, they're a huge pleasure to dash through, especially if you've got a buddy along for the ride.

What isn't much of a pleasure, though, are Episode II's boss fights, which continue their predecessor's predilection for simplicity and repetition. Now, however, because there are two of you, and because rings (which double as Sonic's life meter) are so plentiful, it's almost impossible to die. This makes such encounters (especially the ones with Sonic's evil doppelganger, Metal Sonic) little more than time-wasting chores. It also allows clever players to cheese up their extra lives by collecting tons of rings and just not fighting the bosses at all. While some might chalk this up to meta-gaming, you quickly find yourself yawning and hoping against hope that after whatever boss fight you're engaged in is another segment.

Even though the console versions and the PC version are largely identical, you might have a great deal of difficulty finding partners to game with on PC, simply because no one seems to be playing Episode II. The best medicine for this is just to have a buddy come over and play locally, but it's disappointing--although not really the fault of the game itself--that PC gamers can't find anyone to jump in and out of games with at random. Other than that, though, the games play and look (and sound) identical across platforms. And while the look is now considerably easier on the eyes than it was in Episode I (ugly, prerendered backgrounds have been replaced with layered, moving ones, for example), the sound is still subpar. Sure, the trademark sound effects you've come to know and love are here, but the music is mostly forgettable and at times (like Dr. Robotnik's boss battles) is incredibly repetitive and annoying.

A good follow-up doesn't just add new content--it improves on the original. In that critical sense, Sonic the Hedgehog 4: Episode 2 disappoints. While the addition of cooperative play is a big step in the right direction, the core elements that made Episode 1 a tepid experience persist here: mediocre level design, slow pacing, and erratic levels of fun. Like its predecessor, this is a functional "time waster" of a game, but should you spend too long in its world, Episode 2 reveals its feet of clay. 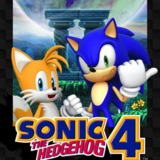 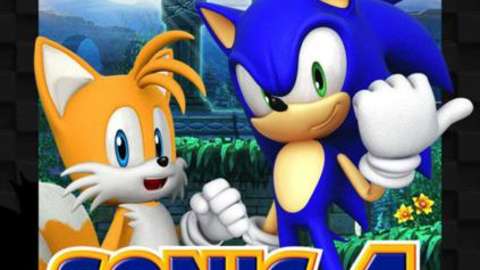 Sonic the Hedgehog 4 Episode II will expand the Sonic 4 storyline with new areas to speed through and new challenges to face.

7.2
Sign In to rate Sonic the Hedgehog 4: Episode II