Sonic Pinball Party takes the familiar characters and graphics from three of Sega's most cherished franchises and uses them to create an especially satisfying pinball game.

Sonic Pinball Party is a collection of pinball tables and minigames based on three of the franchises developed by Sega's Sonic Team. The overall presentation is similar to that of Sega's previous pinball effort, Pinball of the Dead, except that the tables have a much more cheery tone to them. You don't have to be a hard-core pinball junkie to find yourself addicted to Sonic Pinball Party. The ball physics and table designs more than pass muster compared with the real tabletop experience, but it's the manner in which the tables in the arcade and story modes complement your ability to dive into the six different minigames that ultimately makes the game impossible to put down.

The three games turned pinball in Sonic Pinball Party are Sonic the Hedgehog, Nights into Dreams, and Samba de Amigo. On the Sonic table, you have to push the ball around loops and targets in order to hatch chao creatures, collect gold rings, and bring about the presence of Dr. Eggman--whom you defeat by ramming into the underside of his floating chariot, just like it's done in the Sonic the Hedgehog games. The Nights table emphasizes loops much more than the Sonic table, which is in keeping with the general theme of the Nights game, which was originally available for the Sega Saturn. By landing the ball in the Ideya capture, you can collect spheres that will allow you to face off against the boss, Nightmaren, in a darker version of the main table. The last table in the game is based on Samba de Amigo, a rhythm game that was originally released on the Sega Dreamcast console and that came with its own maracas attachment. Unlike in the other tables, where you fight boss characters in order to move on to the next stage, the main goal in the Samba table is to activate a rhythm bonus game where you press buttons in an effort to shake maracas in time with music.

The tables in Sonic Pinball Party have a palpable artistic quality to them, even if you wouldn't say the game is pushing the graphical capabilities of the Game Boy Advance. The initial Sonic table has a group of palm trees that wiggle when the ball makes contact with them, and there are familiar star-shaped bumpers all around. As you move from one stage to the next, the visual look of the table changes, although the layout does not. The bumpers, flippers, traps, and lanes are always in the same spot, but they may resemble factories, airplanes, or slot machines in later levels. There are a number of nice little touches as well, such as creatures that wander around the lanes and the gold rings or blue chips that appear whenever you trigger a jackpot bonus. Many of the musical tunes are remixes of familiar Sonic, Nights, or Samba songs, and there are a fair number of speech samples that enhance the action onscreen.

Ball physics are a pretty important aspect of any pinball video game, and Sonic Pinball Party does a respectable job of emulating the general weight and response of an actual metallic ball. The ball rolls along the lanes and careens off bumpers with the same kind of heavy push you'd see on a real table. If the ball sweeps down off a corner, it angles downward like it ought to. The only time you'll really take issue with the physics is when you're giving the ball a hard push with the flippers, which causes it to fly upward and float for a brief period before succumbing to the effects of gravity. Tilting the table plays a major role in Sonic Pinball Party. Not only can you nudge the ball away from the drain at the bottom of the table, but tilting is the easiest way to transfer the ball from the right to the left flipper in order to make the shots you need to activate the Eggman and Nightmaren attack modes. The tables are all pretty enjoyable, primarily due to the variety of flippers, bumpers, and targets available, but the bonuses that crop up are also quite satisfying. You can trigger a multiball, cause rings or gems to appear, and even swap characters on the Sonic table.

From the main menu, you have the option to play the three pinball tables as stand-alone games in the arcade mode or as part of a tournament against opponents. The tournament mode has a number of challenges to meet in terms of high scores and speed tests, and your opponents are familiar characters taken from the Sonic the Hedgehog and Nights video games. The arcade mode is a great way to get in a quick game and to earn rings for use in the minigames, which turn out to be seductive in their own right. There are three casino-style minigames--roulette, bingo, and slots--where you can place bets in an attempt to earn additional rings. The trick here is that you place your bets by landing balls into scoring holes at the top of the screen, and you lose a ring whenever the ball falls into the drain at the bottom.

The rings you collect can be redeemed in the Tiny Chao Garden, a virtual-pet side game that many Sonic fans will remember from Sonic Advance and Sonic Advance 2. The Tiny Chao Garden in Sonic Pinball Party hasn't changed from previous incarnations. You hatch a small chao character and use rings to purchase food and toys for the creature to interact with. As it gains experience with things like swimming and flying, it will perform better at these activities on the screen. Like with any virtual pet, your goal is to keep the chao's mood up and its belly full until it evolves from a child into an adult. If you own a cable to link your GBA to a Game Cube system, you have the option to transfer your chao into Sonic Adventure 2: Battle, as well as the upcoming Sonic Adventure DX: Director's Cut. Tiny Chao Garden also has two minigames of its own. One is a knock-off of the board game Concentration; the other is a puzzle game where you match green and red orbs in order to dislodge the rings stuck among them.

Sonic Pinball Party also includes three multiplayer minigames that are only accessible when your system is linked to one, two, or three other GBA systems using a link cable. A single cartridge is all that's needed for four players to compete against one another in hot potato, hockey, or ladder climb. In hot potato, you're trying to knock the ball onto an opponent's table in order to avoid being stuck with it when time expires. Hockey is similar to air hockey, except with a metallic ball. Ladder climb is a bit strange, in that you're working with your friends to knock the ball higher and higher up a series of flippers. These minigames, like those available in the single-player casino, are welcome additions to the overall conglomeration that composes Sonic Pinball Party, even if they don't really fit the premise of standard pinball.

There are so few pinball games available for the Game Boy Advance that it's truly refreshing when a good one comes along--especially when it's a game that a wide audience can appreciate. Sonic Pinball Party takes the familiar characters and graphics from three of Sega's most cherished franchises and uses them to create three especially satisfying pinball tables. The inclusion of a half dozen minigames, as well as the chao virtual pet, further broadens the mass appeal for those people who might only enjoy pinball in passing, since there are many different activities to explore that don't necessarily involve hour after hour of plunking a silver ball around. 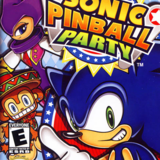 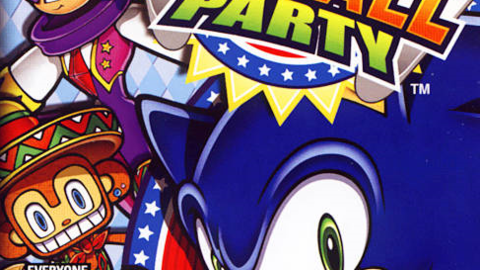 Sonic Pinball Party takes the familiar characters and graphics from three of Sega's most cherished franchises and uses them to create an especially satisfying pinball game.