It's true that the inclusion of even more Sonic games would have added a lot, but there's still a ton of gameplay to be found in Sonic Mega Collection.

It seems the retro game compilation trend is trucking right along--plenty of companies are taking the time to mine their back catalogs for their previous hits and are bringing them to modern systems. While some companies take the bare-bones approach to compilation design, the better packages toss in a handful of extras along with the games, such as old commercials, manual scans, video documentaries, and more. Sonic Mega Collection has a few of these sorts of extras, but more importantly, it combines most of the core 16-bit games from Sega's long-running and popular Sonic the Hedgehog series of fast-paced platformers onto one disc. And while it certainly could have benefited from the inclusion of a few key Sonic games that are missing from the collection, the games on the disc are well emulated and still play as well as you remember.

When you first open up the games menu in Sonic Mega Collection, you'll find the basics right there in front of you. Right off the bat, you can play Sonic the Hedgehog, Sonic the Hedgehog 2, Sonic the Hedgehog 3, Sonic & Knuckles, Sonic 3D Blast, Sonic Spinball, and the Puyo Puyo-style puzzle game with a Sonic makeover, Dr. Robotnik's Mean Bean Machine. Five unlockable games are also available after you play the initially available games a specific number of times. While some of them--the lock-on version of Sonic 3, for example--fit in nicely with the rest of the Sonic games, there's also some non-Sonic-related filler here, namely Flicky and Ristar. Not that there's anything wrong with Flicky or Ristar, but considering this is supposed to be a collection of Sonic games--and it's missing at least one key game in the Sonic series--the inclusion of these seems a little cheap.

All the games play just fine with the GameCube controller, even if you're using the analog stick instead of the more accurate D pad. The game defaults to using the B, A, and X buttons as the Genesis' A, B, and C buttons, respectively. You can choose from a few different control options, but the default works just fine.

In addition to playing the actual games, you can also flip through scans of the original manuals for each game. There's an illustration gallery filled with various pictures of characters from the Sonic universe, as well as a handful of movies--including the intro and ending from Sonic CD--which are otherwise missing from this compilation. There's also a brief "history of Sonic" video taken from a showing at a Japanese trade show, but it's woefully underproduced, consisting mostly of game intros and scrolling text. It would have been cool if there were more of a retrospective slant to the extras, complete with print ads, commercials, and more.

The graphics and performance of the games in the collection match their Genesis counterparts perfectly. The 2D graphics of the Genesis are as sharp as ever, and it even provides an interesting glimpse at how the Genesis hardware progressed over the years, from the basic but incredibly effective design of the first two Sonic games, through the character redesign that took place in Sonic 3, up to the choppy, cartridge-based prerendered video intro of Sonic 3D Blast. The stereo sound has also been reproduced just fine.

While it's great that all the basic Sonic games have been included here, there's still quite a bit missing. It would have been nice to see this collection expand beyond the Genesis into some of Sonic's more obscure adventures. Sonic CD, in particular, is a noticeable exclusion, as it's arguably the best Sonic game ever produced. Sonic R, Sonic the Fighters, and the three-player arcade-only Sonic game are also missing and would have been welcome. Overall, the collection is pretty no-frills. The ability to save your progress in the games that don't already have save capabilities, or perhaps some enhanced surround sound support, would have been appreciated.

It's true that the inclusion of even more Sonic games would have added a lot, but there's still a ton of gameplay to be found in Sonic Mega Collection. If you're fiending for Sonic the Hedgehog and either don't have or are unwilling to drag out a dusty Genesis from the closet, don't hesitate to give it a shot. 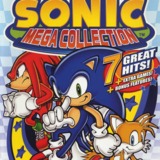 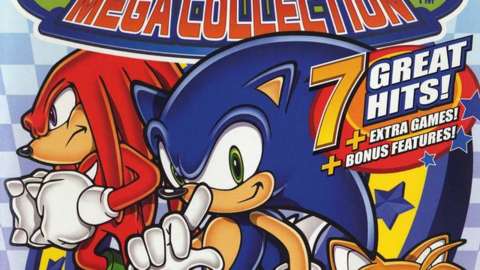 It's true that the inclusion of even more Sonic games would have added a lot, but there's still a ton of gameplay to be found in Sonic Mega Collection.