While Sonic aficionados will be disappointed by the omission of a few notable titles, there's a ton of solid Robotnik-thwarting to be had with the Mega Collection Plus.

Why a nocturnal, insectivorous mammal was chosen as Sega's mascot and challenger to Mario's platforming preeminence, we may never know. What we do know is that the aptly named Sonic is blue, fast, and remarkably tolerant of the titian-tinted, two-tailed toddler Tails, who has tagged along on the spiny hedgehog's missions since Sonic 2. Sonic Mega Collection Plus (like the GameCube's Sonic Mega Collection) features the exploits of Sonic and pals across seven classic Sonic games for the Genesis. You'll also be treated to several unlockable titles, both for that platform and for the Game Gear. Harnessing the power of hardware emulation, Sega is offering all this content, for your Xbox or PS2, at the bargain price of $19.99. Needless to say, this is a great value, especially considering Sega's inclusion of some non-Sonic games, like The Ooze (only available in the Japanese version of the 2002's Mega Collection) and Comix Zone, as well as some bundled extras, like comic book scans. While Sonic aficionados will be disappointed by the omission of a few notable titles, such as the superlative Sonic CD, there's a ton of solid Robotnik-thwarting to be had with the Mega Collection Plus.

Sonic Mega Collection Plus starts you off with Sonics 1 through 3, Sonic and Knuckles (along with a simulation of that game's cartridge-piggybacking feature), Sonic Spinball, the abysmal Sonic 3D Blast, and the Puyo Puyo-inspired Dr. Robotnik's Mean Bean Machine. With the exception of 3D Blast, whose quasi-3D, parallax-driven graphics and gameplay still render it unmitigated garbage, each of these games is a valuable and, indeed, vital addition to the collection.

Playing these games consecutively, one gets a holistic view of the Sonic franchise and the development trends that drove it. The first Sonic defined the core gameplay--specifically its emphasis on speed and relative linearity. Sonic 2 refined the formula, and added more interesting multitiered level layouts, multiple character support, and the all-important spin dash. Sonic Spinball was a deviation from the series, offering some nontraditional pinball with minor combat and platforming components. Sonic 3 was a graphical overhaul, allowing views of Sonic from multiple perspectives. Sonic and Knuckles retained these visual improvements, developing an almost cinematic flair, but also shifted the game's focus a bit toward platforming rather than sheer speed. And so on. Playing these games--replete with the funky MIDI instrumentation and colorful sprites that once taxed the Genesis to its fullest--is a real trip down gaming's memory lane.

The Sonic Mega Collection Plus sports a snappy interface, but is otherwise simply a collection of ROM game images paired with the emulators to run them. Consequently, Sonic veterans will find the included games to bear all the strengths and flaws of the originals. Where those timeless games showed audiovisual polish, these versions do too. Where frame rates once faltered and glitches reared their ugly heads, they do again, regardless of the overpowered hardware on which these ancient games are now being run. In Sonic and Knuckles, you'll still be able to push the occasional set of spikes, despite the fact that they should be stationary. Sonic Spinball is still characterized by the same slowdown that hindered it when it was packaged with the first Genesis redesign, the Genesis 2.

The first Sonic Mega Collection was released two years ago on the GameCube. The addition of the word "Plus" to the collection's name indicates new content in the extras menu, as well as the inclusion of the aforementioned Game Gear games. While these additions can't help but boost the value of the title, it would have been nice to see the collection grow in other ways. Sonic CD (for the Sega CD) and Sonic the Fighters (for the Sega Saturn) might have rounded out the collection nicely, as both these games are well loved by Sonic's diehard fan base, although it's much easier to make a case for the former game rather than for the latter. Flicky and Ristar, whose mascots are like Sonic's lesser cousins, make poor substitutes for these games. Comix Zone, which led players through graphic novel-style image panels long before XIII was even thought of, is a very interesting inclusion, however. Regardless, it's too bad Sega hasn't included support for Sonics on systems subsequent to the Genesis.

Fans of Sonic lore will be pleased to find that the extras menu has been fleshed out more this time around, with movies from the recent Sonic Heroes along with a cool collection of Sonic comics. The compilation issue Sonic the Hedgehog "Firsts," which features several episodes from the early issues of the comic, is readable in its entirety. You can check out cover shots for the rest of the now-discontinued series of graphic novels. While you can zoom in to get a close look at the text, you'll have to strain your eyes a bit to read these scanned images.

What differentiates Plus the most from its GameCube predecessor has nothing to do with content, however. You now have the ability to save or load your game anytime, anywhere, which, needless to say, can be tremendously useful. This process is hardly instant, though. Players looking for a pure gaming experience should keep in mind that this sort of saving wasn't present in the original games, and it might therefore be regarded as a kind of cheating. Then again, not every player wants to retry the notorious Death Egg stages five dozen times.

Whether you'll be playing Sonic Mega Collection Plus on a PS2 or on an Xbox, you'll be treated to emulation that's virtually indiscernible from the original games running on the original hardware. For $19.99, Sega's offering a lot of cobalt blue for the buck, and those with a "need for speed" will certainly enjoy having this collection of classics on a single disc. 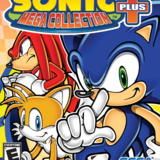 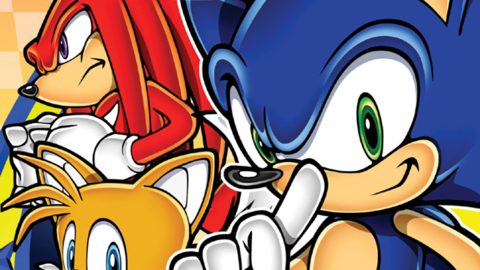 While Sonic aficionados will be disappointed by the omission of a few notable titles, there's a ton of solid Robotnik-thwarting to be had with the Mega Collection Plus.