Sonic Advance 3 feels less like the follow-up to the previous Sonic Advance and more like a spiritual sequel to the now-classic Sonic the Hedgehog games that were once synonymous with the Sega Genesis. The levels offer a nice balance of careful exploration and flat-out running; there are numerous spots within every level where you can take time out and just amuse yourself by playing with pinball bumpers, springboards, and character-hurling cannons. The graphics always manage to keep pace even when the characters are bouncing off of springboards and dashing through spirals at blazing speed, despite the use of many CPU-intensive background effects. But, besides all of that, Sonic Advance 3 actually brings something new to the table--a tag-team play mechanic that ultimately enhances the overall product rather than mucking it up.

Although Sonic and Tails are the only characters available from the start, the roster expands to include three more characters as you play through the game. What's interesting here isn't that you can choose from any of five different characters, all with their own unique traits and attacks, the interesting part is that you also have to choose a partner character that will follow you around and lend a hand while you play. The pairings you put together can significantly effect (in obvious and not-so-obvious ways) how you deal with the obstacles, enemies, and path choices that you encounter in every level. First off, your main character's speed and hang time, as well as the kinds of ground and midair attacks that it can perform, will change based upon the partner you select. Secondly, you can perform tag tricks (by pushing the R button) that are based upon the abilities of the partner you picked. Tails can launch another character high into the air, Knuckles will leap forward and bash enemies or walls, Cream's chao can attack enemies and grab rings that aren't within reach, and so on. In all, there are 20 possible pair combinations.

The number of different tag pairings is indicative of the game's open-ended nature. There are 21 different levels and eight boss battles spread throughout seven different worlds. Each world also has a couple of chao-inspired minigames that you can play in order to earn extra lives. The worlds and levels are linked together by a hub map of sorts, which lets you switch characters and go back to previously played levels whenever you like. That way, if a later level gives you trouble, you can always switch to a different pair combo or go back to an earlier level to get some lives.

The basic idea is still to get through each level as fast as possible, but there really isn't one right way to get through a particular level. Levels are set up with multiple paths and shortcuts--springboards, ramps, and tubes can take you to higher or lower sections--and they offer a good mix of Mario-style platform-jumping and classic Sonic-style speed runs. Take one path and you might end up underwater. Go up a ramp or take the tube the other way and you might end up sliding down a waterfall or skidding across patches of ice high above the level. There are also all kinds of new objects to interact with, such as swings, spinners, seesaws, balloons, catapults, and controllable cannon launchers. All those things should please longtime fans who felt that the last two games didn't provide enough chances to just run around and have fun.

Compared to Sonic Advance 2, this latest game is a bit on the easy side. There are tricky jumps and surprise spike pits in some levels, but you always have the option of going back to previous worlds to gain more extra lives. The attack patterns of the bosses--Dr. Eggman's giant robot contraptions--aren't always clear-cut, but again, extra lives are plentiful. You also don't have to worry about running after bosses before fighting them, which was one of the most irksome things about Sonic Advance 2. For a tougher challenge, you can try to complete the optional chaos emerald quest. As is the case in every Sonic game, if you grab the chaos emerald hidden in each world, you can unlock a tougher final boss, view an extended ending, and play briefly as Super Sonic--the beefy gold-tinted hedgehog. Grabbing all seven emeralds is grueling, mainly because the method of collecting them is so convoluted. First, you have to find the chao pets hidden in each level of the world you're in (there are 10 in each world). Then, you have to go back into the levels and get keys that aren't visible until after the chaos are found. And finally, you have to use those keys to gain access to a ring-collecting minigame. After all that, you still need to collect the necessary number of rings in the minigame in order to earn the chaos emerald.

Besides the main adventure mode, there's also a time attack mode that lets you practice speed runs through the levels that you've already completed. That's pretty much it for solo play options. The adventure mode and the time attack mode do support linked play between two copies of the game, which is great, because it means that a friend can play through the adventure mode with you by taking control of the partner character that's normally controlled by the CPU. If your friend has a GBA but doesn't have his or her own copy of the game, there are team races and "find the chao" minigames available that only require a single cartridge.

In terms of graphics and sound, Sonic Advance 3 is on par with the best that companies like Nintendo and Konami have had to offer this year. The character animation is great--each character has multiple sprite sequences and facial reactions for running, jumping, and dashing, as well as for interactions with objects like enemy projectiles and spike traps. The backgrounds are colorful and use many of the same scrolling effects that you've no doubt seen in other 2D sprite-based action games, and there are a few CPU-intensive background effects that haven't really been overdone in other games yet. The wave motion in underwater sections is particularly impressive. The music isn't as identifiable as the themes that originated in the classic Sega Genesis Sonic games, but the background tracks do fit the levels nicely--inasmuch as you can relate a tune to a physical environment like a forest, snow pack, or underwater cave. The game also has a few voice snippets in the form of character yells and countdowns.

Whether you've played the other two Sonic Advance games to death or whether you've held off in favor of Mario, Castlevania, or Metroid, you owe it to yourself to add Sonic Advance 3 to your collection if you consider yourself a fan of fast-paced platform games. 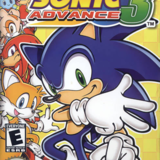 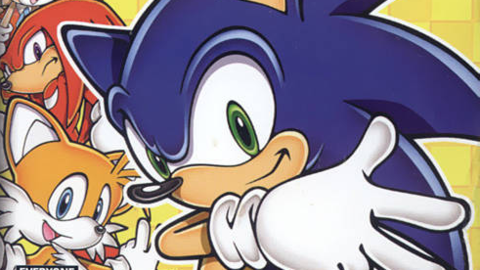