PC owners will find it an inherently underwhelming experience.

When Sonic the Hedgehog rocketed onto the Sega Genesis back in 1991, sales of the fledgling game platform shot through the ceiling. By creating a cute and identifiable mascot and coupling him with a solid platform game, the bucks began to roll in and sequels galore followed. It's six years later and, judging from Sonic 3D Blast, it doesn't look like our favorite blue rodent is doing as well. The game is a straightforward port from the 32-bit Sega Saturn version - which, in turn, was a straightforward port from the 16-bit Sega Genesis version.

Following the standard Sonic storyline, Sonic 3D Blast involves Dr. Robotnik, that generic and unsavory mad scientist, kidnapping a mysterious species of Flicky birds and transforming them into evil robots. Sonic, our spiky-haired azure friend, won't stand for this, so he sets off for the mysterious Flicky Island to save his cuddly feathered pals, and steal back the Chaos Emeralds, the source of Robotnik's power.

Though the title, Sonic 3D Blast, may suggest a Super Mario 64-esque romp through a three-dimensional environment, the game actually consists of running and jumping through flat 2D surroundings from an isometric view. Through each of the seven worlds, Sonic has to destroy enemy robots, collect the Flicky birds hidden inside, and transport them to a floating ring, which leads to the next board. TV monitors can be jumped on to obtain special shields to protect you and the Flickies from harm, and stepping on rotating pads transforms Sonic into an indestructible spinning top. And, just like the rest of the Sonic games, maintaining a supply of gold rings is the key to survival - as long as you have one ring, you can't be killed.

Though the gameplay is tried-and-true, and the control feels satisfactory, the overall experience is pretty mundane - and occasionally frustrating, since the skewed perspective requires some guesswork when dealing with moving platforms and floating enemies. In fact, the only instance where Sonic 3D Blast becomes halfway impressive is during the bonus rounds, which are fast-paced, ring-collecting runs through a 3D half-pipe.

However, the most disappointing thing about Sonic 3D Blast is its performance. On the test system (a P200), there was a distinct amount of choppiness to the scrolling, even though this type of game shouldn't make even a 486 break a sweat (remember how smooth Jazz Jackrabbit was?). A lot of it may be due to the game running in hi-color, but there's no excuse for a Sonic game to be this sluggish. Other disappointments include a limited save-game system that only lets you pick up where you last left off, and a few hang-ups when playing with the keyboard.

Though Sonic 3D Blast was designed to be the Sega Genesis's last hurrah, PC owners will find it an inherently underwhelming experience. We can only hope that our little blue buddy's next PC cameo will carry a little more merit. 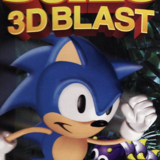 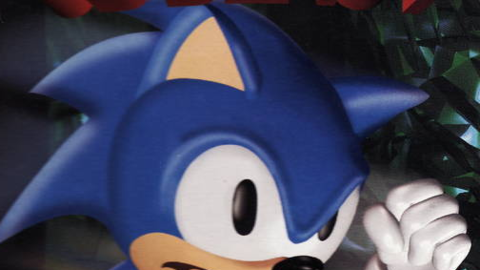 Sonic breaks out into an isometric "3D" view in this adventure, once again trying to thwart Dr. Eggman and free small animals from robotic cages.