Despite its annoying technical issues, Soldiers of Anarchy is a lot of fun.

For many people, there's something appealing about any game that lets you lead a team of soldiers in a postapocalyptic war zone. So it's odd that this setting hasn't been used more often in computer games. Soldiers of Anarchy features a setting that's similar to the one used in MicroForte's Fallout Tactics, though its gameplay is more reminiscent of that of Red Storm's 1999 strategy game Shadow Company. Both of those games let you control multiple characters in real time in a mission-based format, and now German developer Silver Style has taken this genre into a fully 3D world in which a few humans hid in bunkers while the apocalypse took place and then crept out later to jump into a tank and shoot at things. And the game gives you better weapons along the way so you can shoot bigger stuff, which is also good.

Soldiers of Anarchy does a nice job of creating a world that's appropriate for its setting. It has a desolate landscape that effectively conveys a sense of wide-open space, and this is complemented well by the weather effects and lighting. The graphics are generally outstanding, and some of the vehicle models are really great. Additionally, the animations are beautiful. The game has smooth and realistic movements that range from general combat actions to getting in and out of vehicles and climbing over walls. Unfortunately, the character models are pretty homogenous, which makes it difficult to tell them apart, especially since the game's generic voice-over doesn't help. For instance, most of your characters are supposed to be Russians, but all the voice work was provided by Americans, so you'll tend to forget. These incongruities make Soldiers of Anarchy a technically inconsistent game.

Each mission involves multiple goals, only some of which are revealed at the beginning. Scavenging for weapons is important, as you need to collect ammunition and you can trade extra weapons for more powerful ones. Soldiers of Anarchy has a great variety of weapons, and this variety not only adds to the tactical choices you have in each mission, but it also adds to the game's atmosphere. You'll find that many of the missions have hidden boxes of weapons that add to your stash, but hunting for them doesn't get tedious because you can finish the missions without scouring every inch of the map. The game focuses on the right things: combat and the tools of combat, like interesting guns, tanks, mines, grenades, and so on. The story is told using brief cutscenes that are triggered when you reach certain points in each mission, but they're integrated into the game engine much as in Warcraft III, and if you want to skip them you can just click through.

While you'll do plenty of exploring, the game revolves around periodic firefights. No character can stand being shot for more than a few seconds, and a burst from a heavy machine gun will take a character out before you have much chance to react. However, the single most important aspect of the gameplay is the fact that there is no ability to pause and issue orders. You can stop the game if you need to take a break, but this freezes the screen and prevents you from doing anything until you resume the game. For this reason, Soldiers of Anarchy actually requires a bit of dexterity with the mouse and keyboard, especially because you have to make extensive use of the two different camera modes (free and follow) to track all your soldiers. Your units will do their jobs individually even if they're widely separated, so as long as you're able to assign units to different groups and manipulate them with hotkeys while managing the camera, you should theoretically be able to get by fairly well.

Unfortunately, you can't be sure your soldiers will obey your orders, because the pathfinding in the game is terrible. And it's not even consistent--five of your characters may set off immediately for the waypoint you set for them, but the sixth may decide to run in the opposite direction for a while. Or, a group may be approaching a destination and one of your characters will suddenly veer off into the woods, loop around, and come running back. Unfortunately, this tends to happen at the most inopportune moments--otherwise, it might seem like a practical joke that the developers quietly added to the game. Unfortunately, the joke is ruined by the fact that if you order a character to sneak up on an enemy, and he decides to take an alternate route, you're most likely going to be reloading your last saved game immediately afterward. You can adjust pathfinding in the options menu, but even setting it to maximum appears to have no effect except to use more of your computer's resources and slow down the game. Silver Style's solution to this problem was apparently to put a note in the game's documentation that advises you to save often.

Soldiers of Anarchy's pathfinding is even worse with vehicles, which are almost incapable of driving in a straight line down a road. They'll either weave drunkenly from one side to the other (leaving the road entirely), or, if they make it to the waypoint you specified, they'll suddenly veer off at a 90-degree angle and maybe drive up a hill. This bad driving also extends to scripted behavior. In the very first mission, you're supposed to follow a character to his village, but this can take as long as 10 minutes, as the guy drives crazily around, up and down the same road and then maybe off into some trees, up a hill, around in a circle, and then back to where you originally met. It all sounds hilarious until you need one of your vehicles to carefully drive around a minefield and it instead drives over a mine and ends the mission that you forgot to save. The fact that Soldiers of Anarchy's load times are a bit long doesn't help, either.

The last issue with movement in Soldiers of Anarchy is the fact that when you give a unit a new waypoint, that unit momentarily pauses, but the game keeps going. In other words, if a truck carrying your entire team is trying to get away from an enemy who's firing on you with a bazooka, thanks to the bad pathfinding, it may try to drive toward your enemy. And if you try to correct the problem by giving the truck another order, the truck will stop and pause while your enemy merrily continues to bombard you.

These issues are so maddening because Soldiers of Anarchy's developers got so many other things right--it almost seems unbelievable that they could have missed these obvious problems. The game's tactical situations are interesting, and they require plenty of stealth and strategy. The game has lots of puzzles scattered throughout its missions, but it does a great job of making the answers intuitive enough that solving them makes you feel more a part of the world. For instance, vehicles leave tire tracks when they drive around, and this is a key to solving an early puzzle in which you're heavily outgunned but have the advantage of surprise. In the end, they're not so much puzzles as they are good tactical problems. You'll need to take note of tactical considerations, like enemies being able to spot you from much further away depending on how you order your troops to move. As you might expect from a real-life tactical battle, the prelude to 15 seconds of gunfire will sometimes be several minutes of circling and scouting. It works well--so well, in fact, that you wonder how that part of the game could turn out so well when other things were completely missed, like the fact that it takes forever for soldiers to get in a vehicle because they get in one at a time, even if the vehicle has four doors.

The character and equipment management between missions is also nicely done. You return after each mission to your bunker, where you can heal soldiers, trade for new items, reequip your squad, repair and modify your vehicles, and get your mission briefing. The game forces you to make choices between missions with an ingenious time element, which gives you a limited number of hours to perform various tasks. And if you need equipment and don't have anything you want to give up in exchange, you can take the unusual alternative of going into your lab and making some performance-enhancing drugs that you can then barter for guns and ammo.

Despite its annoying technical issues, Soldiers of Anarchy is a lot of fun. This is true in part because of the inherent appeal of wandering around a postapocalyptic landscape and picking up cool weapons to shoot things with, but the game also features good art direction and solid scenario design. Soldiers of Anarchy even includes a full map editor (although its documentation is pretty sparse). Additionally, the developer is apparently working on a patch that will supposedly let you pause the game and give orders. The game's various bugs are obviously a more pressing issue, but if they're fixed, Soldiers of Anarchy could be a truly terrific game. Then again, Soldiers of Anarchy is still recommendable even as it stands. 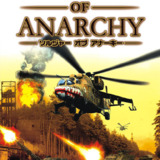 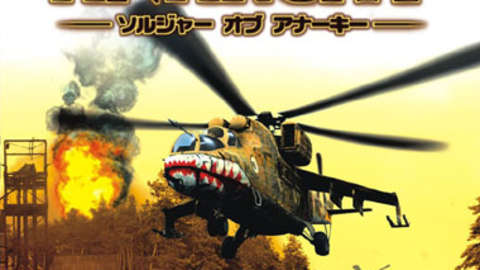 Despite its annoying technical issues, Soldiers of Anarchy is a lot of fun.