The main problem affecting the Dreamcast port of Soldier of Fortune is the game's ridiculously long loading times.

In Soldier of Fortune, you're John Mullins, a mercenary who works for the UN's covert operations branch, The Shop. Your assignments range from saving hostages to retrieving nuclear warheads, and all of them require you to travel to such far-off locales as Bosnia, Iran, and Japan. Wherever you are and whatever your assignment, one thing holds true throughout: You face enormous opposition. Enemy forces might be made up of skinheads, soldiers, or terrorists, but they all want your head on a plate.

Much has already been said in the press about the high degree of violence in Soldier of Fortune, having even been classified as an . It definitely earns the mature rating it received from the ESRB, and it's certainly not for kids. Limbs are routinely blown off, causing the enemy soldier to writhe and scream madly as you watch it happen--and a shotgun blast to the head or neck can have decidedly explosive results. It's gratuitous, to be sure, but perhaps not as completely tasteless as it's been made out to be in the past: It is simply a game that's attempting to be more realistic about its brutal subject matter. It succeeds in this, seeming very true to life, save for the setting of Mullins' secret headquarters and his armored comic-book-style nemesis, Decker.

Unlike some of the other first-person shooters from the last few years such as Half-Life, Star Trek: Voyager: Elite Force, and Red Faction, Soldier of Fortune leaves puzzle-solving elements behind in favor of pure action. There are no keys to collect, no guards to sneak past in disguise, and no security cameras to avoid. There are some buttons to push and levers to turn, but otherwise, you're just fighting for your life. The game is made up of a series of intense firefights that feel like the more exciting parts of other first-person shooters. It's a visceral game that's more akin to id's Doom than it is to Half-Life, and those who like their shooters more straightforward should take to it immediately.

The main problem affecting the Dreamcast port of Soldier of Fortune is the game's ridiculously long loading times. Each game level is broken into numerous smaller stages. Every time you complete a stage, you have to wait more than a minute for the next to load. Sometimes the stages are fairly large, but there are some that are so small that they only take a minute to run through. Having the excitement punctuated by periods where you have all control taken away from you, as you stare at a blank screen waiting, is a complete drag. If Soldier of Fortune had come out during the heyday of the Dreamcast, the loading times would have been a bigger, easier-to-criticize issue. But this shortcoming is a little easier to bear, in light of the fact that Dreamcast owners should all be happy that the game wasn't canceled, like Half-Life.

These long loading times are likely due to the game's huge levels, which look great: Each one looks distinctly different from the last, in terms of architecture and each environment's textures. On occasion, you'll come across an area that's particularly stunning, as with some of the high-ceilinged rooms in the Iran mission. They look so incredibly detailed that you'll expect to see them repeated ad nauseam throughout the stage, as is the case in many other games. But you'll soon discover that the designers invested a lot of time making fantastic-looking rooms and areas that you'll see only once throughout the entire game. The character models are similarly varied. There are dozens of unique-looking enemies within Soldier of Fortune, all of which animate well.

The graphics don't quite compare to those in id's gorgeous Quake III Arena for the Dreamcast, but there are only a few real drawbacks to this game's visuals. The vehicles look very boxy and often seem proportionally too large for their environments. The designers, too, seem to have a preference for the colors green and brown, because many of the levels are very muddy looking. Pop-up is nonexistent in the game except for within a stage in Siberia, when the face masks of enemies in the distance are the only part of them that's visible. The frame rate is also very smooth, with the exception of a few instances of choppiness when numerous enemies are onscreen, explosions are going off everywhere, and all hell is basically breaking loose.

Soldier of Fortune's soundtrack has an appropriate action-movie score, interspersed with environmental theme music and sounds that reflect a stage's atmosphere. Realistic gun reports, explosions, and the bloodcurdling screams of fallen foes fill in the aural gaps. The most positive thing to say about this game's music and sound effects is that they're not often noticed, because of how subtlety they complete the mood.

The default setting for the Dreamcast controller is clunky and can take a while to get used to, but it does eventually make some degree of sense. It's not nearly as sound as the control in Infogrames' Unreal Tournament, but it's much better than Quake III Arena's default setting. The mouse-and-keyboard combination is the most ideal control setup for Soldier of Fortune, but that's an expensive proposition for owners of a system with only a dozen or so more games coming out.

Soldier of Fortune is a decent-sized game stocked full of plenty of ammunition, health power-ups, and body armor. The enemy AI is often quite dumb though, so it's almost unnecessary. Soldiers who pop around a corner to shoot at you sometimes will promptly forget that you're there, and some opponents will simply stand still waiting for their guns to reload (or waiting to be shot). Your biggest challenge in Soldier of Fortune for the Dreamcast is finding something to do during the long, boring parts that bookend the action. It's true that we should all be pleased that the game is being released for the Dreamcast at all, but the loading times detract greatly from what is otherwise a very fun, if a bit too straightforward, game.

View Comments (1)
Back To Top
7.3
Good
About GameSpot Reviews 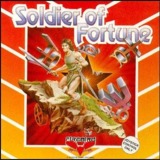 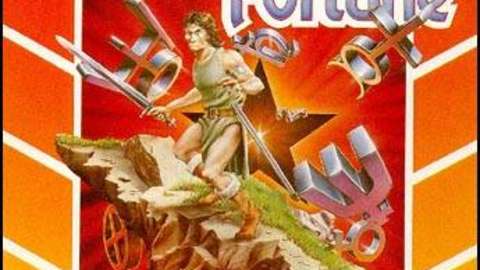