Sniper Elite V2 is a satisfying shooting gallery, though it often does a lackluster job maintaining the illusion.

There are many challenges that await the virtual sniper. Infiltrating an area undetected, stalking your prey, and acquiring an uninterrupted line of sight--the tension of the hunt. Picking off targets, moving to a new position, setting traps, and evading your enemies--the thrill of the chase. Taking aim, calculating distance, slowly exhaling, and squeezing the trigger--the release of the kill. The satisfactions of sniping are many, but Sniper Elite V2 serves them up inelegantly, making it an uneven game for those who love the long shot.

Like its predecessor, Sniper Elite V2 is set during the closing days of WWII. You're an American sniper sent in to stop the Russians from scooping up Nazi scientists. Naturally, things don't go as planned and you have to improvise. The story plays out in nicely acted voice-overs and perfunctory cutscenes, providing a decent backdrop for your missions. The solid level design makes good use of the setting, as bombed-out buildings and barricaded streets provide lots of nice hiding places for a lone sniper. Unsurprisingly, PC players get a much-better-looking version of ruined Berlin, enjoying crisp details and lovely skies while Xbox 360 owners deal with softer, more muted visuals.

The beginning of each mission starts out stealthily. You are behind enemy lines, and your only allies are the weapons and munitions you carry with you. You can carry a rifle, a submachine gun, and a sidearm, and though you unlock new weapons as you progress, the differences are slight. More crucial is your choice of explosives. Trip wires, land mines, dynamite, and grenades all blow up in different ways, and having enough firepower to set an extra trap or take out a cluster of advancing enemies can be a big help.

But before you start blowing things up, it behooves you to remain quiet as long as possible. Crouch-walking everywhere gets tiresome, but loud footsteps attract hostile attention, and even one enemy in close quarters can spell doom for the fragile sniper. You can often make good progress with sneaky melee kills, silenced pistol shots, and timed rifle reports that are masked by the noise of exploding bombs or tolling bells. Guards usually move in predictable patterns that you can exploit, or you can lure them closer for a cleaner kill.

While your SMG and pistol are great teammates, your rifle is the franchise player. Shots to heads and torsos usually kill or incapacitate your foes. You can hone your targeting by slowly exhaling, which slows time and zooms in slightly. If your aim is true, you are rewarded with one of the many gruesome and gratifying camera shots that Sniper Elite V2 lovingly serves up. The camera tracks the bullet and gives you a front-row seat to the moment of impact. Sometimes you just watch the bullet enter and exit the body, leaving a blooming exit wound behind. The more dramatic moments offer an X-ray view of the bullet smashing through bones and tearing through organs in grisly slow motion. These are brutal and gratuitous (perhaps too much so, for some), but even after hours of sniping, they never get old.

Once your enemies have a bead on you, things get trickier. They close in on your position and pepper you with gunfire. Their erratic advances can make it tougher to hit them, but just because they are moving doesn't mean they are moving smartly. Foot soldiers sometimes just scurry back and forth willy-nilly, while countersnipers occasionally fire repeatedly into the windowsill right in front of them. This is when Sniper Elite V2 veers away from feeling like a proper sniping game and starts to feel more like a flawed shooting gallery.

A mounted machine gun is a powerful weapon, but seeing enemies nonchalantly man these emplacements despite the mountain of bodies nearby brings the AI shortcomings into stark relief. When a fresh crop of foes spawns and populates improbable places in the area you just finished clearing, it feels like someone has simply reset the gallery for the next round. And when vehicles roll in with big, shiny red caps on their gas tanks, you'd be forgiven for wondering if wobbly yellow ducks are far behind.

This feeling is exacerbated on normal difficulty. You can easily take a hit from a sniper, use the visual assists to locate him, get him in your sights, and take him out long before he can kill you. It isn't easy per se, but you get the feeling that the only time you die is when you are careless. Hard difficulty swings the balance back the other way. If you aren't able to acquire an enemy sniper, calculate bullet drop, compensate for wind, and fire quickly, an enemy sniper will take you out. Even a foot soldier with a submachine gun can be deadly from a distance. With aim assists and enemy tagging off, this difficulty makes careful planning a must and successful shots that much sweeter.

The campaign is lengthy, clocking in at over 10 hours long, and it can be played cooperatively online. There are also some other game types for two players, including Kill Tally, in which you take on increasingly tough waves of enemies, and Bombing Run, in which you radiate outward from a central point to retrieve airplane parts. These offer the same cooperative fun of the two-player campaign missions, but Overwatch provides something a bit different. One player is the sniper, confined to an elevated position, and the other is a foot soldier, carrying out objectives on the ground and spotting for the sniper. Though there are some cool moments, like seeing your sniper buddy ace the enemy who was bearing down on you, playing as a vulnerable, rifle-less grunt is a drag, because the best strategy is often just to wait until your overwatcher takes care of business.

PC players also get to enjoy some competitive sniping courtesy of the deathmatch and team deathmatch modes. These play out on mazelike levels where lines of sight are prevalent. You must risk exposure to maneuver, and this creates a lot of tension. Facing the cunning of a human opponent is a daunting and exciting prospect, especially when death can come so quickly and dramatically. The pace of these matches can vary widely depending on the players involved, ranging from frantic firefights to methodical exercises in careful maneuvering, and they make for some of the most intense combat in the game.

The rest of Sniper Elite V2 can also be quite intense when everything is clicking into place. Lining up good shots and laying low dozens of foes is a lot of fun, though it can get tiresome to fight your way through yet another area newly populated with thick-headed rifle fodder. Your tolerance for transparently game-y elements will go a long way toward determining how much you enjoy this glorified shooting gallery, but if you relish a good headshot, Sniper Elite V2 has got you covered.

View Comments (66)
Back To Top
6
Fair
About GameSpot Reviews 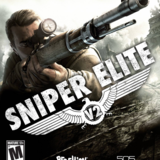 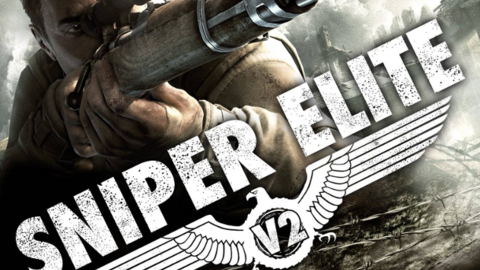