Even though you probably won't be playing it on a black-and-white Nokia any more, the gameplay in Snake Mayhem is just as good as it ever was, and its remodeled layout fits in just fine.

Snake Mayhem is Pulse Interactive's 21st-century remake of the most recognizable mobile game in the world. It brings the venerable Snake--which still comes embedded on bazillions of handsets, in about a hundred lines of code--into the downloadable age, adding some newfangled inventions like graphics, sound, power-ups, and level designs along the way. Even though you probably won't be playing it on a black-and-white Nokia anymore, the gameplay in Snake Mayhem is just as good as it ever was, and its remodeled layout fits into the classic mold just fine.

In Snake Mayhem's story mode, you guide your serpentine friend through 20 increasingly difficult levels, eating pellets for points and trying not to run into walls, critters, or your own tail. The snake still grows with every pellet, but eating a heart power-up will trim him back down to a smaller size immediately. You can also snag lightning bolts for a quick turbo boost, rainbows to slow down, and stars to temporarily gain critter-eating ability. The several different denominations of pellets award you varying amounts of points, as do the power-ups. The levels, for their part, get rather challenging into the back half of the story mode, given the increased presence of enemies and the mazelike maps. There's also a classic mode, where you can play the old-school game--sans obstacles, power-ups, and enemies--on three different map sizes.

Generally speaking, Snake Mayhem's graphics and sound are tastefully done. The title screen and prelevel graphics are definitely on the amateurish side, but the game itself looks good on the LG VX7000, and it features lots of bright colors and good animation. Your snake actually eyeballs the closest pellet, aiding in your navigation, and flicks his tongue in and out like a real reptile. In addition, there are several different geographic themes for the levels, like the desert and the ocean. A few more sound effects would have added to the gameplay, but the amount included is adequate.

Snake Mayhem is a solid update to the classic mobile game, and a good buy for anyone who'd like to try being a stereotypical mobile gamer. This game is highly scalable, as well as a good value, and we recommend it for download. 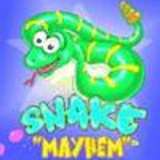 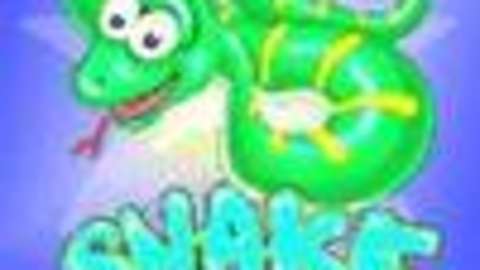 Even though you probably won't be playing it on a black-and-white Nokia any more, the gameplay in Snake Mayhem is just as good as it ever was, and its remodeled layout fits in just fine.