Since the dawn of civilization, humankind has told stories of the gods above. Whether they were tales of Zeus gallivanting about behind Hera's back or the Norse gods preparing for Ragnarok, one truth held constant: the gods had powers not accessible to mere mortals. Smite seeks to change that.

In Smite, you take control of a god of your choosing from a multitude of world mythologies in a match-based multiplayer online battle arena. Unlike in similar games in the genre, you aren't an all-seeing eye watching the battle from overhead and micromanaging a single unit or small army from above. You control only one god. You see only what that god sees. You are that god.

Such a small change in theory opens up an entirely new gameplay experience in an otherwise stale genre filled with copycats and bandwagoners. You don't play the game with your eyes locked on a mini-map, focusing on the gameplay itself only when an enemy gets frisky. You focus on what's directly ahead of you. As the eerie feeling you're no longer alone creeps up your spine, you quickly glance to other entrances to your lane, hoping to find your paranoia misguided, before you return to attempting to chip away at the enemy god's health to set up for a display of divine power.

The concept of Smite isn't much different from that of League of Legends; in Conquest mode, your goal is to destroy the enemy's towers to make a path to its minotaur. You choose any or all of the three lanes to push your army of minions into the enemy's base. Your god levels up over the course of the battle, gaining access to his or her full array of skills, which help to battle the enemy's team of gods. You earn gold for being near minions as they die, and a bonus is granted for delivering the killing blow. There is no ability to deny your own minions as in Dota 2, but forcing enemy gods away from the clashing minions starves them of their gold income. Gold is spent on items, and many of the items bear striking similarities to the items from other MOBAs. But if it ain't broke...

The difference is in the delivery, and thanks to Smite's WASD controls as opposed to the more real-time strategy feel of other MOBAs, items are free to have effects, such as allowing you to attack while on the move without slowing down. Playing a marksman yields a more visceral experience as you kite back without relying on either AI or rapid mouse movement for your target selection, instead focusing fire precisely on your pursuer until it's time to turn tail and flee.

Conquest isn't Smite's only available mode. Players not attracted to the crawl of early-game laning will find the deathmatch-oriented Arena mode strong enough to stand on its own legs. Two teams of gods are dropped into a coliseum setting with a crowd cheering or jeering as the attrition tug-of-war scoring pulls in either direction. The stadium crowd even claps familiar sports cheers as it observes the deific skirmish. This mode offers short games of nonstop action with plenty of thriller comebacks and close calls that get your heart racing until the final moment. If the Arena's chaos isn't enough, the genre staple All Random, All Mid makes an appearance under the name Assault, guaranteeing a unique experience in every game with its random selection.

Developer Hi-Rez knows that variety is the spice of life and ensures such is available in Smite with a cycling mode of the day, featuring focused game types with a specific selection of thematic gods, such as the Assault variant Wet and Wild with only Poseidon and He Bo as selectable gods, or Egyptian Roulette, which grants you a random Egyptian god on a Domination-type map with three control points over which you must battle for control. With a grand total of 55 different daily playlists to choose from, and Saturday's choice put to community vote, the game lets you escape the potential redundancy of the default modes in a fantastic manner.

Game modes aren't the only examples of variety in Smite. Hi-Rez left no cairn stone unturned when selecting the deities to use in the game. The core Greek, Norse, and Egyptian gods are present, but alongside them come Chinese legends Sun Wukong and Ao Kuang, Hindu gods, and even the obscure Mayan god of bees, Ah Muzen Cab, and the howler monkey god, Hun Batz. The gods are fairly balanced in the five archetypical roles of hunter, guardian, assassin, warrior, and mage, although the mage carries a larger champion pool than the rest. Warriors and hunters deal physical damage, while the other three deal magical damage. Players who wish to experiment with hybrid item builds or attempt to play a mage as a hunter will be a bit disappointed to find the attack damage items missing from a mage's shop and similarly for hunters and (magical) power items. While the lack of innovation in item builds may be a bit of a downer, its offset by the reduction in potential item builds with the intention to troll.

Smite is free-to-play and supports itself through microtransactions, which may be used to unlock gods more quickly or to give your god a different appearance in battle. Smite offers a package of all the game's gods, present and upcoming, for a very attractive $30; most rival games offer an incomplete bundle of champions for a similar price, giving Smite the edge when it comes to value for your money. Many skins in Smite are also available to purchase through the earned-through-play currency, rewarding you for your loyalty even if you choose to play the game entirely for free.

With just a few changes to what other games have delivered before, Smite manages to feel like a brand-new game.

Furthering the comparison of Smite's platform to other MOBAs, Smite strays from the account progression mechanics that affect in-game powers such as runes and masteries from League of Legends. While your account does earn a level from 1 to 30, the only direct effect it has on gameplay is unlocking the game's ranked league play once you reach level 30. Summoner spells from League of Legends are also a no-show in Smite, with Smite instead electing to tie such powerful abilities to in-game purchased active items, which can be further upgraded with gold investment as opposed to furthering your core item build. Devoting time to one god at a time earns you worshippers, who serve no purpose other than to display a mastery level. This cosmetic ranking allows you a bit of self-satisfaction as the loading screen for each match shows how many mastery levels you've earned with both your account and the god you've chosen for the particular match.

Smite is a godsend for the MOBA genre, with the heart of its gameplay proving that innovation to the war plan for tower siege games is possible. With just a few changes to what other games have delivered before, Smite manages to feel like a brand-new game. There's no cost to join, and no mechanics that directly make players who have been around longer better at the game, making it easy to get into. Once in, it's hard to keep yourself from following a new god: Smite.

View Comments (97)
Back To Top
8
Great
About GameSpot Reviews

Tyler Hicks utters the word MOBA so often that he has been mistaken for a new Pokemon species. Although his roots in the genre are firmly with League of Legends, he mastered seven gods and reached level 14 in Smite in order to provide this review. 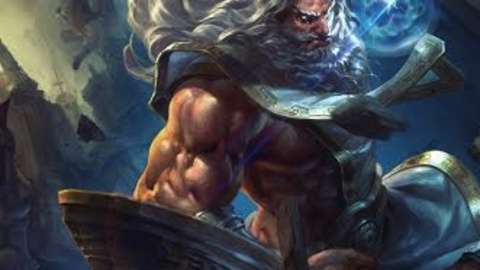 SMITE is a free-to-play online battleground between gods.