Thieves sure do lead enviable lives. Not only do they get to explore exotic locales and caress exquisite treasure, but they can even mingle with their ancestors. Yes, in Sly Cooper's latest foray, he steals priceless artifacts while thumbing his nose at scientific law. Zooming through history's pages brings plentiful, and often welcome, diversity to this horological adventure. There's a continuous flow of tantalizing environments to wander through and crooked schemes to take part in, though there are times when this variety serves as a detriment. Graceful as Sly's thieving crew can be, when it comes to fisticuffs, they're nothing more than blundering buffoons. Nevertheless, Sly Cooper: Thieves in Time is a lengthy and exciting caper through the eyes of good-natured burglars.

The Thievius Raccoonus has served as a comprehensive account of the masterful exploits of the Cooper clan throughout history. As the brilliant turtle Bentley peruses this encyclopedia for information one day, he realizes that entire passages are being wiped clean. Who could so brazenly tamper with history? Bentley rounds up the rest of the gang--plucky Sly and the always hungry Murray would never turn down an opportunity for tomfoolery--and ushers them into his newly built time machine to investigate the cause of this historical whiteout.

No one blinks at this off-the-wall premise, and the humorous situations and dialogue ensure that the zany vibe continues until the game's end. Characters embody specific archetypes, which means they don't evolve over the course of the game, but their diverse personalities do a good job of creating a comedy well. Tennessee, Sly's cousin from the Wild West, represents cowboys well, albeit while only participating in family friendly situations. His false modesty and aw-shucks charm around women is a sharp contrast to his "best of the West" boasts when apart from the fairer sex, and it's amusing to see him do an about face. Salim is the funniest member of your assorted crew. Muttering sarcastic complaints under his breath, he reluctantly scurries up poles and across treacherous traps while pining for his forsaken retirement.

Sly must travel to five places throughout time, ranging from ancient Japan to a prehistoric ice land, to fix his ailing family tree. Each episode sports a massive hub world that's much more than a link between stages. These areas are littered with enemies, collectibles, and all manner of hidden goodies, and scavenging for all the mysteries is one of the greatest joys in Thieves in Time. Yes indeed, there are plenty of tangible rewards to strive for. Racing back to your hideout with a valuable urn adds more coins to your bank, allowing you to unlock new maneuvers, and nabbing every stray bottle unlocks the secrets hidden within the safes. But there's inherent pleasure in scouring the landscape that goes beyond completing a checklist. Keen eyes and deft maneuvering are required to reach the most elusive treasures, so there's an irresistible delight in exploring every inch of the land.

It's in these zones that you learn how to slink through shadows and balance on precarious ledges. Sly is an adept leaper who sees the ordinary construction of a city as a beckoning playground. Guide wires and poles call to him like inanimate sirens, and you jump and run through these environments with smooth elegance. Once airborne, you can latch on to surfaces with the tap of a button, though the suction doesn't remove platforming skills. You still need to be relatively accurate to land on your target, so once you master movement, you can rush through ancient streets without a worry. Dance along rickety poles, sprint across a perilous wire, and then land behind a bewildered henchman. Creep behind your prey (complete with the appropriately sneaky music), pluck gold from his tantalizing purse, and then vanish before he senses your presence.

Such espionage is one of the core pleasures luring you in, but Thieves in Time often struggles to balance the carefree joy of movement with appropriate difficulty. Punishment is no more than a slap on the wrist, so there's little fear of being caught red-handed. If a guard happens to lay eyes on you, it takes no more than a leap and a dash to hightail it from your pursuers, and though the brief chase is sure to make your pulse race, being able to so easily escape diminishes the satisfaction of careful thieving. When you reach later sections of the game, guards are more alert and trickier to deceive, and such attention makes you appreciate the deft controls and intricate level design that make escaping so enjoyable. But the enemies are ill-tempered scarecrows early on: quick to anger with little fear of repercussion.

However, it's when combat is necessary that Thieves in Time takes a serious step back. Whether you're knocking enemies with your cane as Sly, shooting from afar as Carmelita, or going fist-to-face with Murray, the forced conflicts land with a dull thud. There's little sense of impact or danger when enemies become feisty. Just slam on the appropriate buttons, collect the plentiful healing power-ups downed enemies invariably cough up, and repeat the process until you're the last one standing. Such situations are present no matter which character you control, though the encounters are so brief they're just a speed bump on a long and winding road. But when you assume the role of Murray, it's nothing but bash bash bash. These are the weakest portions of the game, making your time-traveling hijinks momentarily hit the skids.

You take control of a bunch of characters through the course of the adventure, and all of them have their own ways of dealing with problems. Sly's under-evolved ancestor Bob may not be the most articulate mammal around, but he can climb sheer cliffs without breaking a sweat. Rioichi prefers more graceful endeavors when he's not rolling sushi. He leaps across vast expanses with spry determination, serving as the most gifted of Sly's athletic relatives. And then there's Tennessee. Though not a standout in maneuverability, he's a crack shot with a gun. You meet, and control, one of Sly's relatives in each episode, and each visit to the past also gives you a new costume. Whether he's tossing his ball and chain as an escaped prisoner or deflecting fireballs as a samurai, Sly has a wide assortment of different moves to play around with.

Bentley may be the most unpredictable of the lot. Being confined to a wheelchair doesn't slow him down at all. With rockets affixed to the wheels and robotic arms coming out the back, Bentley's enhanced chair allows him to keep pace with Sly's thieving crew. Hovering across treacherous pits and tossing explosive darts empowers the eager turtle, but it's when hacking is necessary that Bentley gets to show off. Short minigames that are shallow but enjoyable let you open locked doors without a computer science degree. A side-scrolling shooter, a motion-controlled maze, and a top-down tank blaster offer a counter to the sneak-and-steal core action, and they wrap up before they overstay their welcome.

A scheming boss waits at the end of each episode, and it's in these showdowns that the combat finally shines. These pattern-based encounters require fast reflexes to survive, and they do a good job of layering the difficulty without providing a crushing leap from the relatively easy levels. Each boss has a similar way of fighting. They send out unblockable waves of attacks that you must avoid before the bosses tire themselves out, leaving them open for some retaliatory blows. It's a formula that has been around for decades, but that doesn't diminish the appeal. Comedic exchanges keep a smile on your face, and a few gameplay surprises shake up any predictability.

Sly Cooper: Thieves in Time doesn't mess with the foundation set by its enjoyable predecessors. Rather, it adds an assortment of characters to the mix, each with his or her own moves, and this makes for an exciting and diverse adventure. Each location provides a number of eye-catching sights to please your artistic senses as much as your fingers, and considering all the collectibles to uncover, you can spend hours exploring this colorful world. There are occasional stumbles, but Sly Cooper: Thieves in Time is another good entry in the platforming series.

View Comments (192)
Back To Top
7.5
Good
About GameSpot Reviews 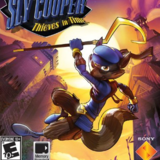 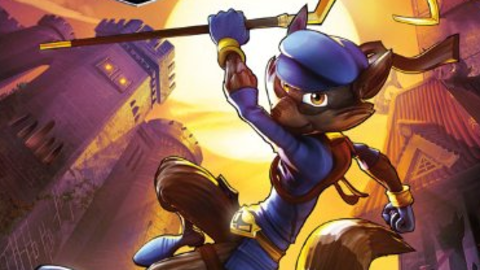 8.3
Sign In to rate Sly Cooper: Thieves in Time