The game's relative ease combined with a very short length prevents Sly Cooper from becoming the next big platformer. But it's great while it lasts.

After a brief hibernation, the platform game is back, and unlike the last time 3D platformers were in vogue, this year's graduating class tends to shy away from the scavenger hunt-style romps that wore the genre thin last time around. Sly Cooper and the Thievius Raccoonus has a hook of its own: stealth. While stealth doesn't actually come into play an awful lot, casting the player as a raccoon master thief provides a good backdrop to the action and makes for some interesting level design. Unfortunately, the game's relative ease combined with a very short length prevents Sly Cooper from becoming the next big platformer. But it's great while it lasts.

The Fiendish Five have split up and gone their separate ways since stealing Sly's book, so you'll traverse through five separate worlds. With the exception of the final world, each world is broken up into a set of levels. You'll start out each one with a brief introductory level that leads you to a hub level for that world. Each world has seven main objectives that manifest themselves in the form of treasure keys. You'll earn the first key in the intro level. From there, a couple of levels will be available in the hub, but you'll have to earn a couple more keys to open up the rest of the hub. Once you've collected all seven keys, you can fight the world's boss.

Aside from merely getting through the levels, there are also a few extra objectives in the game's standard levels. Each level has a collection of bottles hidden throughout. Once you collect all the bottles, you can open that level's vault and retrieve a page of the Thievius Raccoonus. Each page will give Sly an additional move, such as a forward dash attack, the ability to slow time down while jumping, and a high-speed roll. The moves are a nice touch but are hardly required to finish the game. Each standard level also has a time attack objective that becomes available once you've gotten a level's key and all of its bottles. All that these extras serve to do is pad an already short game out--you'll actually finish the game at a point where it tells you you've found about 60 percent of everything, and each page found or time attack completed adds a point or two to your status thereafter. While most of the game is made up of your standard linear platform-game levels, a few levels are more like minigames. You'll have to do things like sit behind a turret to provide covering fire for Murray as he runs for a key, win races in your van, and perform Smash TV-like shooting moves in a submarine. The minigame levels are creative and serve to break up the action nicely. The game's regular levels are lush and detailed and are almost totally linear. You never really get lost or have trouble figuring out what to do next, because the path ahead is usually clear. That doesn't mean that Sly Cooper is a cakewalk. The most difficult part of the game is that Sly normally dies after taking just one hit. Collecting a lot of coins can bring this number up to two or three hits before Sly gives up the ghost, but it's hardly as easy as, say, having a life bar that is easily replenished by numerous items.

One-hit deaths can be a little frustrating in a few of the game's more difficult portions, but life meters would have made Sly Cooper insanely easy. Besides, with only a couple of exceptions, all the enemies die with one swing of your cane. The game throws a few stealth situations at you, but this is limited to merely avoiding laser beams, spotlights, and alarmed floor panels. The punishment for being spotted is pretty severe--for instance, the armed dogs in the game's casino level will simply shoot you with a homing rocket if you are seen. Sneaking up behind guards and dispatching them is rather simple, though, so you'll only be detected if you aren't paying attention to your surroundings. The game's boss fights are usually logical and simple exercises in pattern recognition, though Bentley will pipe up with some tips if you're having trouble figuring out exactly what you're supposed to do to succeed. In the end, experienced platform-game fans can expect to finish the game in under eight hours--more if you intend to find every single bottle and complete every time attack challenge, but not too many more.

Sly Cooper's strongest point is easily its graphics. The game has a fantastic sense of style to its design that is reflected in everything from the animation to the unique use of the peaking fad, cel-shaded polygons. Sly's spin on cel-shading shades only items that need to stand out from the background, and the resulting contrast lends a Scooby Doo-like cartoon quality to the presentation. Each section of the game is introduced using very, very cool video cutscenes that tie the worlds and the storyline together nicely. It's also worth noting that the game's camera behaves surprisingly well for a 3D platform game. The level design's linear nature lets the camera do things like automatically pan around to show you where you're headed next. The only problem with the graphics doesn't affect the early parts of the game, but the later levels have a definite slowdown problem. It never really gets in the way of the gameplay, but it happens often enough to become an annoyance.

The game's sound is pretty good. The music is the high point, as the tracks really fit the scenes very well and fade in or out interactively depending on what you're doing. The sound effects themselves are passable, but they don't really stand out enough above the rest of the game's audio. The voice work used throughout the game is fine, though some of the writing is a little too hokey at times. Sly, in particular, could have been written as a slightly cooler character--he comes across as a bit too cocky at times.

Sly Cooper and the Thievius Raccoonus is about three or four levels short of greatness. The story works, the graphics are really impressive, and the gameplay is a lot of fun, even if it isn't all that difficult. The main problem is that just as you're getting into a groove and really enjoying the variety seen throughout the different worlds and levels, the game ends. While there's something to be said about leaving a player hanging and wanting more at the end of a game, it's difficult to recommend paying full price for a game that can be finished in just a couple of sittings. Hunting down bottles and racing through each level on a clock doesn't add much to the game's replay value, so in the end, you're left with a short but sweet game that's perfectly suited for a rental. 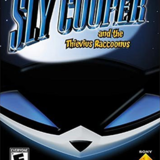 Sly Cooper and the Thievius Raccoonus
Follow
$11.97 on Walmart
Buy 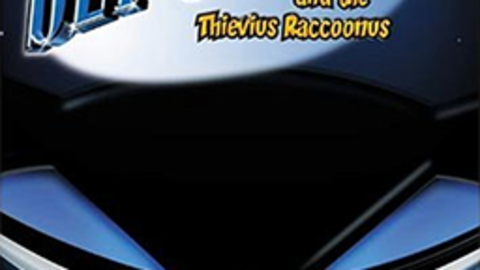 Sly Cooper and the Thievius Raccoonus

The game's relative ease combined with a very short length prevents Sly Cooper from becoming the next big platformer. But it's great while it lasts.

8.4
Sign In to rate Sly Cooper and the Thievius Raccoonus