It's easy to see why Slay the Spire has popularized a new blend of genres.

Deck-building can prove intimidating. Trying to determine synergies and strategies when starting out is a tall task, and pairing that with a roguelike--where failure in battle will send you back to the start of another randomized dungeon--might seem downright overwhelming. Yet thanks to a setup that encourages experimentation and is rewarding to play even when you're failing, Slay the Spire marries roguelikes and deckbuilders beautifully--and it's easy to see why it's helped to popularize this burgeoning mix of genres.

Slay the Spire sees you take part in a series of battles, amassing a collection of cards that dictate your every action in combat: There are cards that launch attacks, allow you to defend yourself, buff you, or nerf enemies. Most cards in and of themselves are relatively simple, consisting of a straightforward action and an associated cost. Battles see you ascend the titular spire and acquire new cards, relics, and single-use potions, and you'll need to weigh the various routes as you go, opting in or out of mini-bosses that promise great rewards but threaten to bring your run to a halt. Whether you make it to the end or not, you'll then start all over again, only to face another randomized set of encounters with a fresh loadout.

The structure is familiar, and it's easy to assume that your early runs (which can last up to two hours or so) show you all that Slay the Spire has to offer. Making progress permanently unlocks additional, more complex cards that you can encounter and integrate into your deck during future runs, which expands your range of choices, but it's in the relics system that the game reveals its true depth.

Each of the four character classes is equipped with a starting relic that provides some of its identity (in addition to the unique cards each starts with and can acquire). But by defeating enemies, saving up gold to spend at shops, opening chests, and making choices at dialogue-driven encounters, you'll acquire many others, and these will come to define your run, for good or ill. You might be pursuing a strategy that centers around keeping your deck size small, so as to maximize the number of times a good, high-cost card enters your hand. But suddenly you earn a relic that doubles the damage of every 10th attack, thus incentivizing you to favor 0-cost attacks to activate that effect more often. Or you might seek to do the exact opposite, due to a relic providing some benefit but hard-capping the number of cards you can play in a single turn.

In another run, you might be offered the chance to significantly reduce your maximum health in exchange for a handful of cards that reduce all damage taken to 1 for a single turn. For that to be viable, you have to avoid amassing a large deck, so as to ensure one of these cards regularly cycles into your hand. But even when acquiring a seemingly run-defining relic such as this, there's always the chance that you might be able to pivot again, such as happening upon a card that increases your max HP when it deals a killing blow, letting you claw back some of your previous sacrifice.

Because you're presented with the opportunity to acquire a new card after each battle (in addition to your occasional visits to shops and other special events), you're forced to re-examine your approach constantly, identifying and analyzing the ripple effects of any new acquisition. You might be presented with a tantalizing new card, but does adding it to your deck represent too great a risk? Will a card or relic, while terrific in a vacuum, actually dilute the groundwork you've laid? It can be painful to pass up a great card, but doing so can be the right choice. And it's in these moments in between combat, agonizing over how to expand your deck--or whether to pay to remove a card, rather than put that gold toward a new card or relic--that the game is at its best.

On occasion, you can stumble into having such a complex set of cards and relics, with so many layers of interaction, that it can border on overwhelming. In these cases, you can lose track of one of the factors at play, only to kick yourself when you realize you've wasted an opportunity by playing cards in a less-than-ideal order. But this tends to be more of a concern when taking a break and splitting a run across more than one play session, which thus requires a few minutes to reacquaint yourself with the intricacies of your setup.

But critically, while the actual deckbuilding may be the highlight of Slay the Spire, the moment-to-moment action is entertaining as well. At the start of a run, turns move quickly due to your limited energy pool and the lack of complexity to your card/relic lineup. But later, you'll need to carefully consider each card before you play it, so as to ensure you're making the most of your limited resources. And beyond simply maximizing what you can accomplish in a given turn, you also need to account for the greater picture, such as weighing the prospect of delaying a kill in the hopes of utilizing a special card that heals you or increases its damage for the remainder of the run. An intriguing consideration to account for is the fact that your hand is discarded after each turn (barring intervention from a relic), meaning you need to think about not just the move you're making, but the potential of waiting to use a buff until it cycles back into your hand so you can make a different move in the meantime. The possible interactions between cards and relics help to ensure that you're engaged at all times. And by generally only allowing defensive cards to last a single turn, the average battle doesn't drag on for too long.

You're always at the mercy of the random number gods to some extent, as you typically don't have control over the cards in your hand on a given turn. But enacting your carefully considered plans is a real thrill: When you're able to do a massive amount of damage in one go or play far more cards than you might have thought possible, downing a boss with ease, you'll feel like a veritable genius, and that the time spent carefully examining your loadout was well spent. All of this remains true with the new mobile release. The turn-based nature of the gameplay lends itself well to a touchscreen interface, and while I preferred the snappier inputs of playing with a physical controller, the iOS and Android versions are still well worth your time--though I wish cross-save were supported across platforms. That's especially true as you unlock more cards and Ascension levels, which serve as higher difficulty settings that introduce additional modifiers, or take on objectives (like acquiring special keys) that let you dive further into the heart of the spire and help to further keep things fresh as the hours pile up.

Aspects of what make Slay the Spire great may not be unique among card-based games, but it's through the run-based nature and randomized elements that it sets itself apart. Because starting up another run and trying something new and different is such a tantalizing prospect, experimentation is encouraged. While it's still disappointing to fail before reaching the end, more often than not that failure can be traced back to a specific decision or series of decisions--be it an ill-advised card acquisition, the choice to upgrade a card rather than heal, or something else. You never know what the next layer of the spire will bring, but the next delightful quandary to tackle is always right around the corner. 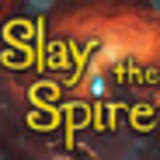 Chris has played dozens of hours of Slay the Spire across Xbox One and Nintendo Switch since its release and has spent another 10-plus with the new mobile version on an iPhone 11 Pro. 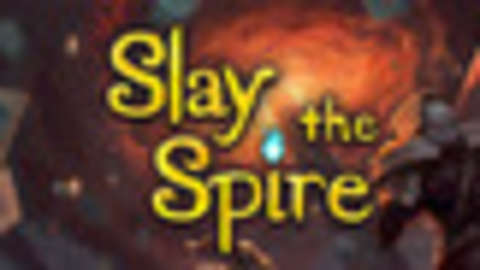