Skate 2 adds a number of new features to the Skate formula, but not all of them are winners.

When Skate was released in 2007, it took a fresh new approach with a control scheme that made tricks feel more realistic and satisfying than in any previous game. Skate 2 refines this system somewhat and, impressively, adds a wealth of new features and tricks to its predecessor's already sizable repertoire. Some needlessly frustrating challenges and annoying AI, as well as a couple of strange design choices (physics-enabled litter, anyone?) prevent this from being the great sequel that it should have been, but Skate 2 is still a lot of fun and bodes well for the future of series.

Like the first game, Skate 2 has something resembling a story in Career mode, though that story takes a backseat after the first hour or two. Returning to New San Vanelona after a stint in prison, you discover that the fictional city, which was largely destroyed by some kind of natural disaster while you were inside, is barely recognizable from the first game. The facelift comes courtesy of the Mongocorp company, an organization with a penchant for structures that incorporate quarter pipes, ramps, and rails, and with a seemingly endless supply of anti-skater caps and clips (you learn how to remove these early on) with which to adorn them. Mongocorp's security guards are quick to deal with any skaters who stray too close to the company's private property, but the city isn't anything like the police state that Skate 2's intro movie would have you believe it is.

Where the narrative is concerned, your goal in Skate 2 is to rebuild your career and to reclaim New San Vanelona for skaters in the process. Making a name for yourself as a skater involves entering races and trick competitions, going head-to-head with pros who have devised challenges for you, and doing photo shoots for magazines. Skate 2 is at its best when it affords you the freedom to perform whichever tricks you want to in pursuit of a high score or, as is the case in photo shoots, to adhere to fairly loose guidelines. Unfortunately, there are still a number of challenges in which you're told exactly which tricks you must perform to succeed, the most common of which are games of S.K.A.T.E. against the numerous pro skaters who appear in the game. Given that none of the tricks in Skate 2 require complex controls to perform, the problem isn't that performing specific tricks is difficult; it's just that so many tricks are executed in very similar ways. The analog-stick controls aren't precise enough for you to nail specific tricks every time, so you end up having to retry these challenges not because you bailed, but because you landed the wrong trick.

The retry button also gets some use during photo shoots when, on rare occasions, you might be told that you've failed a challenge when clearly you've fulfilled all of its criteria. The opposite is also true, and being told that you've passed a photo shoot when all you did was fall off of the end of a ramp or skate idly past the photographer can make for some particularly mundane magazine shots. It's conceivable that you'll make it through the entire game without encountering this particular bug, but it happened to us on more than one occasion.

Challenges are scattered around the city, and you can reach them either by warping to them instantly via a menu screen or by skating around the city with an annotated map to help you. The former is a useful option if you're in a hurry to unlock pro skaters and licensed merchandise for use online, but the latter is definitely the better way to play because you inevitably find cool spots to skate as you explore, many with their own optional challenges. Being able to get off of your board means that you can reach areas such as the roofs of buildings that would otherwise be inaccessible, and although the on-foot controls feel clumsy, the ability to walk is nevertheless a welcome addition given the prevalence of flights of steps, curbs, and the like.

Stepping off of your board isn't good only for exploring and for negotiating steps; it's also the only way to take advantage of one of Skate 2's other new features: the ability to move objects around to create your own skate spots. This feature is used only rarely in challenges, which is just as well because though it's a great idea in theory, it doesn't add a lot to the game in practice. Moving large objects around is surprisingly easy; you stand next to the item that you want to move, hold down a shoulder button, and use the analogs to reposition and rotate it. The problem is that dumpsters, ramps, and grind rails that are light enough to be pulled and pushed around by a single skater are also light enough to be moved when skaters accidentally bump into them. After you take the time to perfectly align ramps and other items, it's irritating that they get moved around so easily. There's an option to reset them to their intended positions if you remembered to mark them, but an option to simply glue them in place so they don't move at all would have been welcome.

Skate 2 is grounded in realism, but isn't afraid to ditch it in favor of good gameplay. This is great when it comes to activities such as repositioning large objects or performing insane tricks while leaping from the tops of buildings. Sometimes, though, the game's realism can get in the way of you having a good time. For example, having pedestrians and traffic cross a line that you have to take to complete a challenge can get frustrating after repeated attempts. Furthermore, when the pedestrians start dropping physics-enabled litter, things can get so bad that you have to resort to picking up a quarter pipe and using it to sweep apples, bottles, and handbags out of the way.

Other skaters can also be a problem, especially when you're taking part in a challenge that requires a number of you to skate simultaneously in a relatively small space. For instance, at the start of a three-on-three contest in the Career mode, there's a good chance that your two teammates will crash into one another at the start of every run. AI skaters are seemingly unaware of each other's existence, and they certainly don't pay any attention to what you're doing. Collisions are avoidable if you keep an eye out for other skaters, but the camera is occasionally too busy showing you how good you look to show you where you're headed.

Collisions aren't always enabled when you play online, but they're also not a huge problem anyway because other players are a lot smarter than the AI guys. Online options in Skate 2 include a number of different competitive modes such as races, trick events, and contests to see who can hurt themselves the most when bailing. More interesting than any of those, though, are the Burnout Paradise-style co-op challenges that require everyone to work together toward a common goal. Some of these challenges, such as accumulating a high score within a time limit by adding all six players' scores together, are quite easy because skilled players can carry anyone who's struggling. Other challenges, such as having six players grind a rail simultaneously or accumulating a high score in a situation in which any one of them bailing or skating too slowly resets the counter to zero, can be tough even in talented company. There's plenty of fun stuff to do while playing online, and the only drawback is that you're confined to relatively small areas of the city rather than given the freedom to explore the whole map with your friends.

Skate 2's offline multiplayer offering is limited to a Party Play mode that supports up to four players on a single console. The Spot Battle (trick scores), Hall of Meat (nasty wipeout scores), and S.K.A.T.E. (copy each other's tricks) games here are all turn-based, so four of you can even compete using the same controller. The lack of split-screen support might be disappointing for some, but simultaneous play would undoubtedly detract from rather than enhance the included Party Play games in any case. If you feel like taking a break from skating to flex your creative muscles, Skate 2 has got you covered. Not only can you create custom logos and graphics for your clothing and deck on the game's official Web site and instantly export them to your game, but there's also a decent video-editing tool that you can use to customize replays. It's a shame that said replays are limited to around 30 seconds in length, but that's plenty long enough to make some great-looking shorts to share online using the included gameplay, tripod, and "follow" camera options. Additional camera options and storage space for replays will purportedly be made available for download at a later date, which probably explains why there are no cool filters to play around with out of the box this time around.

Skate 2 is a great-looking game. There are some low-res textures here and there, but the attention to detail throughout New San Vanelona is impressive, and the skaters animate incredibly well--at least until they step off of their boards. The audio is similarly impressive, with believable sound effects that seemingly take into account every conceivable wheel movement and different skating surface. An eclectic soundtrack of more than 50 songs occasionally offers a welcome distraction from the noises of cars honking and pedestrians yelling at you, with contributions from such bands as Black Sabbath, ELO, Judas Priest, Motorhead, Public Enemy, The Clash, and Wu-Tang Clan.

Even if you've played a lot of Skate, there are definitely enough new features and improvements in Skate 2 to make it worth a look. The presentation is slick, the controls are great, and at times you really do feel like you're skateboarding. It’s unfortunate that things get dragged down by the occasionally frustrating and buggy challenges; that walking on foot isn’t handled better; and that the game’s physics and artificial intelligence aren’t consistent and sometimes get in the way of the gameplay; because Skate 2 has so much to offer. Oh, and the bone-breaking bails that would kill you in real life are just another way to earn money here, so Skate 2 is not only a fun alternative to taking to the streets, it's a safe one. 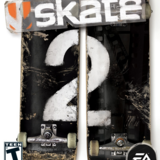 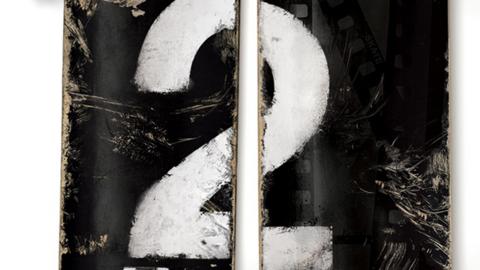