Siren's dreamy, unsettling experience is ultimately marred by tedious trial-and-error-based design that makes it best suited to survival horror fans with a good store of patience.

Survival horror games run a gamut of terror that spans from it-came-through-the-window shock-fests to disturbing psychological thrillers, all of them seeking to deliver a certain visceral impact. Siren's narrative tends to take on the voice of the latter; it's a dark, often depressing tale of a fell ceremony and inexorable fate. The game's notable new twist is its "sightjacking" system, a mechanic that lets your characters get inside the heads of enemies to see through their eyes. As interesting as that sounds, Siren's dreamy, unsettling experience is ultimately marred by tedious trial-and-error-based design that makes it best suited to survival horror fans with a good store of patience.

You begin Siren as the teenaged Kyoya Suda, who comes to the rural town of Hanuda to bear witness to a strange ritual being conducted in a forest. He's spotted by the ceremony's participants, and he flees the scene only to end up being chased by a police officer who no longer appears to be altogether human. As it so happens, most of the villagers in this quiet town have been turned into "shibito," walking undead, and they're keen on bringing the living to an untimely demise. The mystery of the ceremony and what's happened to the quiet town is revealed over the course of several days through the stories of a number of playable characters who, like Kyoya Suda, were trapped in the town when an earthquake occurred, the sirens began to sound, and the water turned as red as blood.

Each character you encounter has his or her own story and own reasons for being in town; some are residents, some are visitors, some are passing through, and all are stranded when things start to get deadly. For each new stage you enter you're given a mission to complete--usually, the aim is to escape your current area of town, sometimes with another character in tow, navigating past or incapacitating any shibito in your way. The shibito can't actually be killed, though you can flatten them for a time by striking them repeatedly with a blunt weapon or shooting them with a pistol or rifle if you happen to be armed. If you're not armed, you'll need to be extremely cautious and avoid any unfortunate attention. Avoiding attention is accomplished by sightjacking.

To sightjack, you press the L2 button to cause your character to close his or her eyes and enter a meditative state. The screen will then fill with static, and by slowly rotating the left analog stick you tune in to the minds of different shibito, cycling through the viewpoints of the ones nearby. Once you've tuned in to a certain shibito, you can assign it to one of the four buttons on the controller, so you can quickly and easily switch between controlling your character and the shibito. Looking through a shibito's eyes you will "see" whatever it sees in the direction that it is facing. You cannot control the shibito or cause it to turn its head. Any of your characters in the shibito's view will show up as colored crosses regardless of what you might be hiding behind, therefore, you can gauge how close you are to being spotted or if you're safely out of sight. Some shibito are stationary, some are stationary but turn their heads from time to time, and other shibito actively patrol parts of the village--so it requires some careful planning to proceed.

As you proceed through each stage, you'll learn to identify which shibito you need to sightjack and which ones you can just avoid by sneaking or spying on them with your own eyes. You'll come to those critical conclusions after a lot of dying. Unless your character is armed with a gun of some kind, you generally won't be able to survive many close encounters with shibito, and since it can be difficult to gauge where certain shibito are when you sightjack them, you'll end up blundering into or across the paths of a few before you learn their routines. The environments you'll have to move through are typically not very large, and navigating through them is a painstaking, sometimes glacial process of ensuring that you stay hidden from several enemies at once. After the first few times you've had to sightjack a patrolling shibito and watch its full range of motion, making sure it doesn't suddenly stop and look off to the left, you'll likely find yourself wishing you could just observe your enemies yourself and move accordingly. Instead, you have to take the time at the beginning of each level to sightjack any nearby shibito and then cycle through all of their patterns, which bogs things down. The amount of trial and error involved to clear simple, confined stages therefore ends up seeming like more of a hindrance than it does an actual challenge.

Once you figure out the patterns, though, you'll find the shibito to be mindless enemies--and apparently deaf as well. You can shoot at the back of a shibito, miss, and it won't be alerted by the sound--neither will any other shibito in the immediate area, not even if you hit your mark. You can be directly behind a shibito, moving at a slow walk or crouching into a crawl with your flashlight off, and it won't know you are there. Crouching will also serve to hide you behind certain objects to keep yourself and anyone you might be with out of sight. Characters you happen to be escorting can be given a range of orders depending on the situation, like "wait," "come here," and "hide." You'll have to keep your companions out of the sight of your foes as well, as a defeated friend will end the mission as if you yourself had perished.

As mentioned before, clearing a stage is generally accomplished by making it to an exit, but there are often a number of intermediate goals you must clear first that center around collecting items in the level, such as keys or weapons. Many stages are visited multiple times by different characters, and sometimes the same character visits the same stage to complete different objectives. The game will tell you if you've got an updated objective. The shibito will tend to take special notice of important items, so if you're lost it's a good idea to sightjack nearby enemies to see if there's something you've missed. Completing missions automatically fills out a linked time chart that gradually pieces together the events in the village over time. Additional vignettes and supplementary materials to the village, its characters, and its myths can be found in numerous items scattered throughout town or can be earned by completing missions; these materials are placed in an archive for later review.

The world of Siren is often clouded with fog or obscured by darkness, and it feels like it's viewed through a slightly grainy filter, giving even simple environments an otherworldly look. The outdoor environments are drab by night or by light, with the only real color in the world coming from the characters and the deep red that comprises any body of water, even the rain. While the buildings are serviceably realistic in interior and exterior, they have only a moderate amount of detail, which leaves them looking a bit lifeless. Characters look their best in cutscenes, with the faces and expressions of real actors mapped onto them in a bizarre effect that gives the characters a lot of personality--until they move their heads and you're reminded that the effect is flat and without much depth. In-game, the characters look distinct and animate well, though there's some stiffness and oddness around the hands and wrists.

The characters in the game all sport heavy British accents, which seems amusing in a game that obviously contains Japanese characters. The voices range from adequate to downright grating--the delivery is flat or overwrought depending on the character involved. What music there is in the game is light and spooky; however, it's interesting to listen to and easy on the ears. The shibito, which you can hear very clearly when you sightjack them, are at their best when whispering snatches of what could be interpreted as speech. Unfortunately, much of the time they're simply breathing very heavily and end up sounding more like a bad crank call rather than innocent villagers transformed into a legion of undead.

While sightjacking is an interesting mechanic, its implementation here, and the way it bogs the game down, make it feel more like a gimmick than anything else. While the need to know what happened in the village of Hanuda can sustain you, it's a hard ride through all the tedious trial and error you have to engage in simply to pass a level and move on. Fans of the genre interested in something new may be game for Siren if they're possessed with lots of patience--but they're the only ones this game is truly suited for. 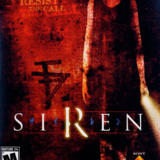 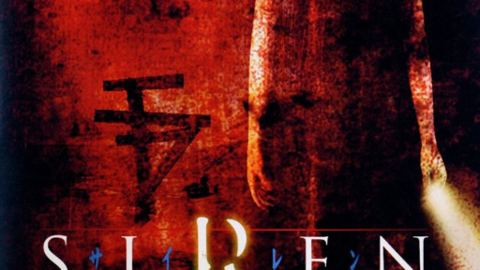 Siren's dreamy, unsettling experience is ultimately marred by tedious trial-and-error-based design that makes it best suited to survival horror fans with a good store of patience.