Some games feature emotional stories with complex subtext, well-wrought characters that make us care about their fates, or philosophical implications that give thoughtful players pause. Singularity is not one of those games. While it clearly looks to nuanced classics such as BioShock and Half-Life 2 as inspiration, this first-person shooter is all about blasting hideous mutants with shotguns and performing crazy time-manipulation powers. It isn't deep and it isn't pretty--it's just an absolute riot, filled with fun shoot-outs, a few clever puzzles, and an overall kookiness that fans of old-fashioned shooters can rally behind. Those powers may come across as gimmicks at first, but they add a dash of gusto to the shooting, keeping the action from ever feeling stale. Aging visuals and a smattering of glitches may make you wish Singularity had spent a little more time in the hopper, but there's rather little to stand between you and the game's strongest asset: diverse mechanics that keep the action constantly fresh.

The fictitious Russian island Katorga-12 is at the center of all this campy fun. As modern-day soldier Nate Renko, you're sent to this mysterious place to investigate the radiation that emanates from it. As it turns out, the Soviets had been working with a powerful substance called Element 99 (or E99) back in the 1950s--but it seems the experiments weren't entirely successful. The Russians were toying with time, and after a dramatic crash-landing, you're caught up in a kooky time-traveling melodrama worthy of broadcast on the Syfy Channel. You end up flopping back and forth between 2010 and 1955, but the specifics aren't important: what matters is that you gain use of a fantastic gizmo called the Time Manipulation Device, or TMD. With this appliance affixed to your left arm, you gain all sorts of fantastical time-manipulation powers. Drop a giant bubble that slows down everything caught within it. Age enemy soldiers until they turn into dust. Restore a collapsed staircase to its original state by turning back the clock. Your brain might turn to mush if you think too hard about the specifics, but you aren't meant to take the plot seriously. Instead, let the constant supply of ambling mutated freaks and skittering bugs pull you along for the ride.

You'll initially be struck by how similar Singularity is to other shooters. The audio recordings scattered about and the throwback film clips will remind you of BioShock. The ability to grab hold of objects and fling them about recalls Half-Life 2's gravity gun. And the shooting mechanics and art style are strikingly similar to developer Raven Software's own 2009 shooter, Wolfenstein. Yet as derivative as some of these elements may at first seem, Singularity develops a distinct attitude that sets it apart. The game moves smoothly between exciting firefights and less frantic sequences that help develop tension. The pace is generally excellent, thanks to diverse level design and varied enemies, both of which encourage you to mix up the various powers and weapons available to you. You move seamlessly from puzzle sequences that involve aging crates forward and backward, to set-piece battles against fun bosses, such as an enormous beast that attacks a train.

The TMD has limited uses when you first discover it, but as you earn new powers (and upgrade them at stations you encounter along the way), you grow to appreciate the way it keeps the action fresh and satisfying. Different powers affect enemies in different ways. Dropping your temporal sphere will freeze human enemies in its radius, but will only slow some of the more hideous creatures or cause them to "phase" in to your time period--that is, to stay visible so you can shoot them. Some beasts will toss exploding barrels at you, but you can catch them and throw them back, just as you can with rockets lobbed in your direction. You can even turn your human foes into creatures to help keep the pressure off. Some of the fancier weaponry also turns up the craziness quotient. Using one rifle, you can steer your bullet directly into your target in slow motion, which results in a satisfying splash of blood. With the sniper rifle, you can use a similar slow-mo effect to chain shots together. You're shuffled through set-piece sequences punctuated by the occasional mild fright, always needing to switch between weapons and use all of these newfound abilities. It's this variety that elevates Singularity above every other run-of-the-mill shooter.

That isn't to say that the run-of-the-mill parts aren't well put together. Solid sound effects and healthy amounts of gore make shooting even a regular ol' shotgun or submachine gun rewarding. Not every shoot-out is as fun as the last, however. Getting swarmed by vermin in a tight corridor is more annoying than entertaining, and the Russian soldiers protecting their treasured technology don't work very hard to stay alive. Don't be surprised, for example, if an opposing soldier takes cover on the wrong side of an object, turning his back to you and letting you fill it with bullets. The linear level design and smart scripted entrances keep the AI's dullness from being too noticeable, however, and you're never fighting the same enemy for too long.

Singularity further mixes up the pace with puzzles and exploratory interludes. The puzzles aren't too taxing, but there's a certain cleverness to some of them, such as one in which you must roll a grenade through a hole in the wall toward a group of mutants feeding on their prey. You also scour nooks and crannies looking for E99 and other objects you use to upgrade your weapons and TMD. Thankfully, the dismal dinginess of outdoor environments and the glowing organic pods lining the corridors keep the scavenging interesting and keep the buzz of tension alive. Yet while the art style gives this alternate history a distinct sense of time (or times?) and place, Singularity is not a looker. It uses the Unreal 3 graphics engine, but low-resolution textures, flat lighting, and occasional animation glitches make the game look somewhat behind the times. Animation stutters aren't the only oddities we encountered, either. A retail copy of the PlayStation 3 version locked up on us twice, while in the Xbox 360 version, a barrel-throwing boss spawned outside of the play arena and forced us to revert to the previous checkpoint.

The diversity spills over into Singularity's simple but exuberant online multiplayer. There are only two modes on tap--an assault-and-defend variant called Extermination and a brand of team deathmatch called Creatures Vs. Soldiers. While it's too bad there aren't more ways to play, what's here is a total hoot, matching a team of soldiers against one made up of the hideous freaks you encounter in the single-player campaign. Matches are class-based but further let you tailor your character by letting you apply a number of different perks, such as enhancements to your speed or the range of your melee attack. On the human side of things, the TMD grants each class different advantages, such as healing or the ability to teleport forward. Yet it's with the creatures that the true delights lie. As the Zek, you can conjure an explosive barrel and throw it at your enemies. As the Revert, you simultaneously slow down enemies and heal teammates by vomiting green spew all over them. Playing as the Tick is more difficult, but being able to leap onto opposing soldiers and take over their bodies makes the challenge worthwhile. The multiplayer is structured simply, and the maps are solid enough, if not exactly novel. But the variety makes it fun to take Singularity online, and you get the chance in each match to play as both creature and soldier.

Singularity isn't a groundbreaking shooter, but it's an incredibly fun one. This is an example of how fluid pacing and a tongue-in-cheek attitude can make old conventions exciting again. Disappointing visuals and a smattering of minor flaws keep this first-person shooter from feeling completely modern, but not every game must probe the human soul to achieve greatness. Singularity achieves it with variety, moving you from one enjoyable sequence to the next without lingering too long on any given moment. Besides, this is a game in which you can both snipe hardened Soviet soldiers in bullet time and heal your teammates by puking on them. And is there any greater selling point? 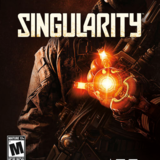 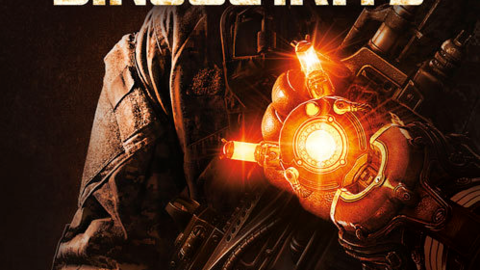 Travel between 1950 and present day battling hordes of creatures in this first-person sci-fi shooter.