This is a pretty-looking, short, budget-priced, by-the-numbers futuristic shooter that's most notable for its episodic nature and its old heritage.

One of the most highly anticipated first-person shooters of 1998 was SiN, which promised to combine the action movie feel of Duke Nukem 3D with the impressive technology behind Quake, together with an original storyline. But a game called Half-Life appeared practically without warning at around the same time, stole SiN's thunder, and blew away all other competition. Now, in some sort of demi-miracle straight out of a romantic comedy but with games instead of people, SiN and Half-Life are finally together, in a way. SiN Episodes: Emergence is a budget-priced, bite-sized single-player sequel to its old predecessor, and it's available alongside Half-Life 2 on Steam, Valve's digital distribution service. It's rather strange but somehow satisfying that SiN, which garnered mixed reactions from players and subsequently faded into obscurity, is back all of a sudden. The new game also seems resigned to being purely derivative, so don't go in expecting anything other than a pretty good Half-Life 2 clone, with less style and more flash.

In Emergence, you reprise the role of one Colonel John R. Blade, a macho police officer who is trying to stamp out crime from the futuristic Freeport City, one low-life thug at a time. As in Half-Life 2, you view all of the action from Blade's perspective, so the game never breaks into noninteractive cutscenes. It begins with you strapped down to a table while buxom villainess Elexis Sinclaire and one of her high-ranking cohorts, Radek, discuss your fate. They inject you with some mysterious substance just before the rescue party arrives, in the form of Jessica, a spunky new member of your SWAT team. Together you bust out of there, and you continue on Radek's trail in order to stop him and figure out what happened. As you'd expect from the episodic nature of this game, all the answers won't be revealed once you finish this approximately five-hour adventure, though it will tease you so you'll anticipate the next SiN Episode.

Unfortunately, the game all but misses the mark when trying to draw you in with its characters and storyline. In the original SiN game, John Blade served as the typical wisecracking action hero, delivering all too many ridiculous lines of dialogue in between wasting countless numbers of goons. In Emergence, he's practically silent, as if he's been spending too much time hanging out with Gordon Freeman. In the first few minutes of the game, Blade experiences some weird whiteouts and flashbacks, suggesting there's going to be some depth to the character. But this never really comes back into play, so in the end, the main character of Emergence has no real identity--or special abilities, for that matter--to distinguish him from untold numbers of other first-person shooter heroes. The plot ends up going through some completely predictable motions, and the action itself isn't exactly full of surprises, either.

Blade's weapons include--are you sitting down?--a pistol, a shotgun, and a submachine gun. He also gets to use some incendiary grenades. Each of his guns has an alternate firing mode of some sort and can also be used to bludgeon foes and boxes at close range. Despite how few they are in number, the weapons at least have a solid feel to them. A headshot from the pistol often causes the enemy's noggin to burst like a watermelon as the body flops end over end, a satisfyingly gruesome effect that remains entertaining for the duration of the game. The submachine gun kicks up wildly as you open fire, forcing you to pull down against it to continue firing where you intended to.

Much like how there's little variety to the firearms, there aren't many types of foes to shoot at either. During the first half of Emergence, you'll fight the same one guy over and over through slums and laboratories. This guy, who'll usually appear in groups of three or so, occasionally walks side to side to make himself harder to hit, and sometimes he's wearing a helmet to protect himself from a single shot to the head (so the trick is, you shoot his head twice). He'll call for reinforcements when one of his clones goes down, and he'll chuck a grenade at you sometimes, but killing this one guy over and over definitely grows tiresome. If you're a veteran of other first-person shooters, all this will be a cakewalk at the default difficulty setting.

The second half of Emergence is substantially more difficult, since it throws a few new types of enemies at you. One of these, a minigun-wielding heavy assault trooper, can kill you faster than you can kill him in a head-to-head shoot-out. So you need to listen for the distinct sound of his weapon spinning up and then quickly get behind cover, stepping out to take a few potshots, or stopping him dead in his tracks with explosives. This also ends up starting to feel old after a while, but at least it's a lot more challenging than what was happening earlier. Battles against these foes don't always seem fair, as they ambush you from around a corner or even drop down on you from the ceiling. Yet by using that most powerful of abilities that's common to virtually all first-person shooters--the art of quick-saving your progress every few seconds--you can overcome these tough spots through trial and error. The game dynamically adjusts its difficulty to a certain degree, by dropping more health and ammo power-ups for you to grab if you're running low, or by varying up enemy types slightly. You can also fine-tune the challenge by using sliding meters, but since the underlying enemy AI is unremarkable, don't expect a test of your wits so much as a test of your reflexes.

There's a good amount of detail in the environments, though it's probably nothing you haven't seen before in many other similar games. You can interact with soda machines and kitchen sinks and things, and the game has an interesting system for recovering health, where you can optionally shoot health canisters to create a lingering regenerative cloud. You can also pick up and throw most objects that aren't nailed down. Explosive canisters are the best choice--you can toss one toward your enemies and shoot it to blow it up. You never really need to use these types of tactics to get by, but it's comforting to know the options are there. The environments also look convincingly shot up after a gunfight, thanks to copious amounts of bullet holes and spilled blood. A good soundtrack kicks in during key battles, and in general, the sounds of the combat match the look of it well. Since the game uses Half-Life 2's Source engine, expect similar performance on your system as with that game.

Fans of first-person shooters will get their fix from SiN Episodes: Emergence, but they might not leave the experience feeling genuinely excited for the next installment. The idea of splitting up a game like this into separate episodes seems like a good one, since many of us would be more than willing to pay $20 for an excellent single-player game that ties into subsequent chapters of the story. Yet the action and especially the story in Emergence aren't particularly impressive, so by the end of this brief episode, the novelty will have probably worn off. At that point, you can always fall back to playing the 1998 SiN game. And by playing it again, once you look past the graphics, you'll likely observe just how little this style of game seems to have evolved. 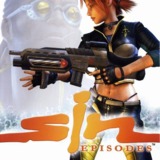 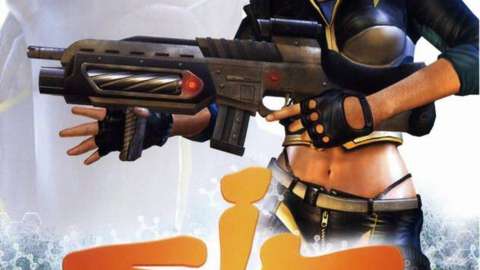 Emergence is the first episode in a series, expanding on the role of Colonel John R. Blade and his friends and cohorts.