SimCity is one of those true classics that remain fun and addictive years after their original release.

Before The Sims, there was SimCity. Originally released in 1989 for the PC, Maxis' seminal game basically invented the city-building genre by creating a simple, yet exceptionally addictive system for managing a modest town and developing it into a bustling metropolis. In 1991, Maxis moved SimCity to Nintendo's then-new Super Nintendo Entertainment System. The results were overwhelmingly positive. The mouse-based interface was revamped for the SNES controller. Little bits and pieces of added personality also found their way into the mix with bonus items and a helpful professor who guided you through the various pitfalls of mayoral politics. Now, 15 years later, SimCity for the SNES is available through Nintendo's Virtual Console on the Wii. Despite that decade and a half of time, SimCity holds up remarkably well. Its presentation definitely looks crusty after all this time, but the gameplay is just as ridiculously addictive as it was in its heyday.

SimCity makes the art of city building a breeze. You start out by picking the world terrain on which you'd like to build your town. Then you are left with a patch of land and a dream. You build your town by selecting from the available types of zones and structures and then placing them on the map. Basic zones include residential, commercial, and industrial zones. In addition, you'll build police and fire stations, power plants (both nuclear and coal), seaports, stadiums, airports, and more. Transportation must also be dealt with, so you'll need to build roads and a mass-transit rail system to help your citizens get around. One feature that was exclusive to the SNES version was gifts. As your town grows and increases its populous, the helpful professor will pop onscreen from time to time and offer you the chance to build specialized structures. These structures include casinos, zoos, amusement parks, and even a mayor's mansion.

But simply building a city isn't the draw of the game. The true balancing act of SimCity is to keep the people happy. Citizens will complain about any issues that are causing them stress. These stressors include taxes, pollution, traffic, crime, unemployment, or housing costs, to name a few. Failure to address these issues will result in a toppling of your approval rating, but you can't just go around building and fixing every single thing people want. You have a budget to start with at the beginning of the game. You make money through taxes, as well as some other ventures, such as bank loans and the aforementioned casinos. But this income is limited by city expenditure, which all sounds more complicated than it really is. Maintaining this balance isn't too difficult, but it can be a very fun challenge to try to build the biggest, most thriving city possible while maintaining a high approval rating and excess funds. It's also equally enjoyable to periodically lay waste to your creations via one of several available disasters.

For all intents and purposes, SimCity for the Virtual Console is a perfect port of the game as it appeared on the SNES--features, presentation, catchy soundtrack, occasional bouts of slowdown, and all. The gameplay has aged extremely well, though a few other aspects of the game seem a bit old and outdated. The game's interface still works pretty well, though it can be a bit of a pain to have to manually move a cursor icon between the field of play and the navigation menus, rather than simply pressing a button to switch between them. Even some kind of Wii Remote pointer support would have been cool. But, again, this is a straight port and only supports the classic controller and GameCube controller anyway.

The city building genre has come a long way over the years, but even with all that progress, SimCity for the SNES still holds up very well. Sure, it looks and sounds old, but it's still some of the most fun you'll ever have building your own city. 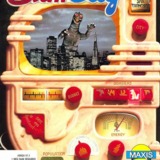