Rush Hour takes the next step by adding such useful features that you'll wonder why they weren't in the original release of SimCity 4.

SimCity 4 did a lot to modernize Maxis' classic city-building game, extending the formula to make cities a part of regional networks and packing cities full of visual detail. But it had a number of rough edges when it was first released at the beginning of the year, which naturally provided extra opportunities for the developers to improve the game and have it live up to its potential. For those who missed the significant patches released in the first half of the year, which fixed a range of performance and stability issues and added missing features like SimcityScape, an online city exchange mode, Maxis did make good. Rush Hour packages those improvements and takes the next step by adding such useful features that you'll wonder why they weren't in the original game.

As the title implies, Rush Hour is all about dealing with transportation--and angry sims riled up about long commute times. A handful of new road and other transportation options and some new tools for diagnosing traffic problems are the core of what's new. It also makes transportation a more hands-on affair, literally putting you in control of land, air, and sea vehicles that can be driven around just for fun or in a series of missions. And while traffic is not something that ever goes away in any but the most ideal city, the new options can provide some much-needed relief for commute-weary inhabitants, which can make them that much happier and willing to pay up at tax time. Rush Hour also adds content that isn't focused on the traffic theme, including reward buildings like the new space center. Such additions are almost too minor to note, but they do round out the game as a whole, which makes sense considering that Rush Hour installs as an update rather than as a stand-alone game. SimCity 4 together with the Rush Hour expansion are functionally identical to the new compilation, SimCity 4 Deluxe Edition.

SimCity has always presented a good case for mass transportation, and very dense downtown areas will still be best served by a good bus and subway system, but the new road options help to fill in the gaps and make cities look a lot more like those in the real world. By far the most essential are avenues, double-wide boulevards that let cars travel faster and in higher volumes. With flower-bed-laden median strips and big intersections, they are more elegant and effective than the old SimCity stopgap of laying down ordinary roads in double lines--how could we live without them? The other additions are also fairly obvious extensions of what the game already offered: One-way streets are cheaper than avenues but take more planning, ground-level highways are cheaper than deluxe elevated ones but are harder to connect to streets, and elevated rail is cheaper than subway lines (and it can tie in to an existing underground network) but takes surface space. And for times when only rail will do, there's the fast monorail, which is also conveniently elevated.

The region concept of SimCity 4 completely changed how cities could be built, by letting you create cities that existed purely as job magnets, power generators, and garbage dumps to keep your population centers pristine. Some of the new enhancements make it easier to create and manage regional transportation networks, starting with a new overlay on the region map that lets you see how cities connect at a glance. Far-off cities spread around a bay or along a river can now be connected almost effortlessly with passenger and car ferries, which of course aren't as fast as bridges but are far more economical. Layering different transportation networks--connecting buses to subways to rail to ferries and so on--is a great solution for getting more bang for your buck and reducing travel times around town or to a neighboring city. With the parking garage, now suburban drivers can also take part in mass transportation networks, letting them drive from bedroom communities to garages strategically placed at transportation hubs.

But in the original game, making subtle tweaks to your traffic grid could seem like a waste of time, since the only feedback you got was in the traffic overlay, and from just glancing at the number of little cars driving around. With the new route tool you don't have to wait until congestion starts causing accidents to understand what needs doing. Click on any road or building with this special cursor tool and you get a detailed list of how commuters are going to, from, or through that point, and arrows pop up on the map to show their exact routes. The info is color-coded and broken down by each mode of transportation, including walking. There's also a toggle to see how morning and evening routes differ, which is particularly important for one-way streets.

This single tool should erase all doubt about what your sims are doing, but it doesn't really explain why. While it won't exactly help if you're baffled by why sims won't give up surface streets and use the extravagantly expensive highways, the new microphone tool does let you click on individual cars and pedestrians to get a little thought bubble that cycles through red or green assessments of the city's features. Schools and jobs are still on the top of most residents' priority list, so if city growth is stalling, it may be time to focus on something other than traffic. Don't expect much new in-game help for general strategies, but the excellent manual does have some tips. The mySims feature that lets you move in named residents also now allows you to follow them as they drive around town or to work for additional feedback. It's even possible to jump in and take the steering wheel.

In a nod to the old Streets of SimCity and to the hypothetical "Wouldn't it be cool to drive around a city you created?" SimCity 4: Rush Hour lets you do just that. As you build certain structures, you unlock a range of land, sea, and air vehicles that you can drive with simple keyboard commands and the normal camera zoomed in to the closer levels. It doesn't take long to get a few vehicles to drive, as most are unlocked with typical infrastructure buildings. It's possible to just tool around a city for a close-up view of your creation, and driving around can prompt ideas for how to improve the road layout. However, in big cities blessed with towering skyscrapers, you may need to constantly rotate the camera to see where you're going. The camera perspective is even less well suited to flying fast planes and helicopters over a city's rooftops, and it's nearly impossible to gauge how high you're flying unless you're actually close enough to see the aircraft's shadow. Yet, as gimmicky and tacked-on as the free drive mode is, there's something undeniably fun about racing around virtual cities you've built from the ground up.

Even though haphazard road placement may not slow growth, it's sure to frustrate once you start the simple timed missions associated with the new driving mode. The driving missions--mostly of the fetch quest variety--aren't easy when you have to deal with the same congestion as your sims do. Though it's possible, there isn't much room to maneuver onto sidewalks to get around other cars, as you might do in any arcade driving game. Most missions come in two tracks--one "good" and one on the side of the "evil" Dr. Vu--and either can offer serious motivation, with not only money and mayor rating points up for grabs, but also the chance to unlock reward buildings. The ultimate reward for playing through the Dr. Vu missions is "Area 5.1," which unlocks a fighter jet equipped with bombs and a UFO with a ray that sucks up cars.

If you have a copy of SimCity 4 lying around, Rush Hour is the perfect reason to dust it off. It's easy enough to rework old cities with the new traffic tools and aircraft-equipped deluxe fire, police, and medical buildings, plus you can get a new ground-level perspective. The earlier patches can significantly improve performance on modest PCs, so it may also be possible to turn up the visual detail and see the game's impressively lush cityscapes. Since the release of the lot editor, the SimCity.com Web site has grown full of user-made lots to exchange, which can add a ton more variety. This makes up for the fact that there aren't all that many new buildings in the expansion, although there is one more visual style (raising the total to four). Considering that Rush Hour can be had for a mere $10 after EA's introductory mail-in rebate, there's little reason to miss out on playing SimCity at its very addictive best. 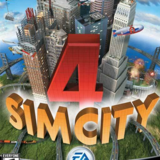 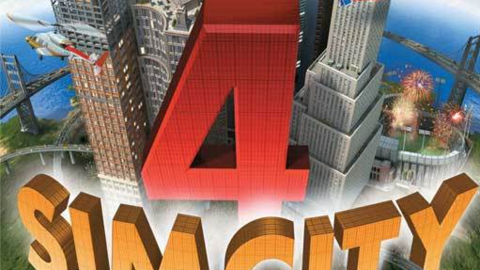 Though not as polished as it could have been, SimCity 4 is still a complex and detailed strategy game that can entertain you for hours on end.