IMPORT: The game delivers genuinely solid gameplay, which is sure to please those who're seeking nothing more than a visually efficient, effectively designed shooter.

Import - Silpheed: The Lost Planet, a combination effort from Game Arts and Treasure, of Bangaioh and Radiant Silvergun fame, marks the PlayStation 2's first original excursion into the overdefined realm of the top-down shooter. On hiatus since its 1992 appearance on the Sega CD system, the Silpheed series has been known for its excellent production values as well as its tried-and-true approach to shooter gameplay. Silpheed: The Lost Planet continues in this vein, which makes it often mildly disappointing, as gamers doubtlessly expect at least some sort of innovation to be worked into products launching with hot, new systems. Nevertheless, the game delivers genuinely solid gameplay, which is sure to please those who're seeking nothing more than a visually efficient, effectively designed shooter.

Many of the conventions associated with the genre are present in Silpheed. For example, clusters of enemies in tight formations whose collective destruction allows for crazy combos are the order of the day, while mid- and end-level bosses appear on cue to stir things up. Your ship, the sleek Silpheed fighter, can have mounted on it two arms, which can range from optic lasers and napalm launchers to vulcan guns and seven-way shots. You configure your arsenal prior to starting each mission and are allowed to alter it midstage, during your ship's refueling, which also serves to repair some of the damage done to it. The Silpheed's energy gauge is ten blocks long, which makes the ship's hull quite sturdy.

The game's stages are replete with scripted events, which usually have an effect on gameplay; buildings will collapse under enemy fire, pillars of hardened magma will shatter upon impact with one of the game's bosses, which will send fighter-sized shards of rock flying your way. During some heavily scripted sequences, though, the game starts to bog down a bit, depending on the amount of action occurring on screen: During sparsely scripted areas, the effect is almost unnoticeable, while in areas laden with scripted events, the slowdown is most disheartening.

Silpheed's visual production, though, is quite pleasing. The stages are ultradetailed and active, which make them seem alive and vibrant. Weapon effects are well rendered, and, except for the instances of slowdown, the game moves at a maddening pace. All aspects of the design seem tightly woven and cohesive. Explosions get their expected due as they fill the screen with their combustible auras or an all-consuming white light that feels as if it would make your eyes bleed.

The enemy designs are quite inspired. Seeming gigantic, parasitic, and biomechanical, the aliens who've made it their calling to eradicate humanity are quite creepy indeed. Oftentimes, they possess human constructs, their disgusting sacs seeping out of every nook and cranny of once-terrestrial buildings and aircraft, causing things once our own to take their likeness and destroy us. In many instances, you'll surely not be amused by how they can appear quite otherworldly and alien yet remain very grounded in an ultrahuman vision of things horrific and demonic.

Silpheed also features a very nice set of FMV cutscenes. Depicting humanity's stand against this otherworld menace, the movies are possessed by very sizable production values that won't fail to impress you. Superfluous as they are, protesting against a developer's inclusion of FMV as a substitute for actual game content is futile. Look at them, because they're pretty, or skip through them, if your principles dictate.

If you are aching for a nice, shiny shooter to accompany your purchase of a PS2 at launch, then you will do well to check out Silpheed: The Lost Planet. The execution is quite conventional, but the game's competence can't be disputed - not to mention its production value. While there's very little in the way of extra features, the game itself is relatively robust, and it's solid enough for you to conceivably play through more than once. Just don't expect another Radiant Silvergun or Einhander. 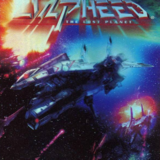 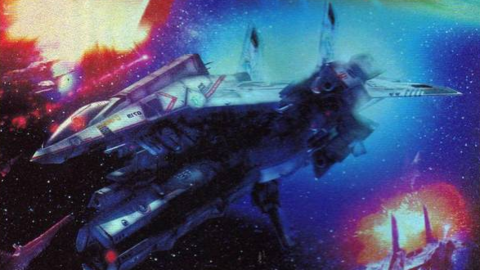 IMPORT: The game delivers genuinely solid gameplay, which is sure to please those who're seeking nothing more than a visually efficient, effectively designed shooter.