The added training mode in the home version doesn't make up for the fact that you can master the game in less than a day.

With a few notable exceptions, gun games have remained unchanged for several years. Silent Scope was one of those notable exceptions. It was an arcade game based around a sniper rifle that contained a small screen inside its scope, giving you the ability to shoot bad guys with incredible precision. Now, the gimmick-driven game has come home - without the gimmick that made it a worthwhile game. The results, as you might expect, are less than satisfactory.

Silent Scope runs on a timer. You, as an elite sniper, move from position to position. Each stop on your sniping trail has a few bad guys, and they all must be eliminated before you can continue through the level. Your game timer continually counts down, and you earn bonus time whenever you move forward through the level. So, if you take too much time, the time will elapse and your game will be over. You also have a set number of lives. If you take too long to cap a particular enemy, he'll start shooting in your direction. Occasional boss fights spring up to break the monotony. Bosses have a certain number of hit points, as well as a weak spot (usually their head) that usually results in a one-shot kill. Some of the bosses are jets and trucks, and there's a boss that uses the president's daughter as a shield, so careful aiming is definitely required. In all, a successful run through the story mode lasts around 12 minutes. A few branching paths are available, giving the game a tiny bit of replay value. Aside from the story mode, there are two simple shooting range modes. Also new to the home version is a training mode, which puts you up against Hogan's Alley-style targets. At first, you simply shoot the bad guy, but it eventually moves on to target recognition.

Much like Resident Evil: Survivor for the PlayStation, Silent Scope is a gun game without a gun. Instead, you use your standard controller to aim your target. Hitting a button toggles the sight between standard and zoom mode. Other buttons can be used to speed up or slow down your reticle in zoom mode, but the control still feels very jerky - and in a game that requires you to fire with such precision, such jerky control all but ruins the game. Graphically, Silent Scope looks just as good as its arcade counterpart. The terrorists, while almost always wearing the same clothes, animate well - especially when their heads snap back after clean head shots. The sound effects mostly consist of gunfire and vocal instructions.

For an arcade game, Silent Scope has a lot going for it. But the added training mode in the home version doesn't make up for the fact that you can master the game in less than a day. Add to that the extremely substandard control, and you're left with a game that is barely worth renting. 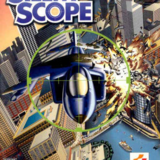 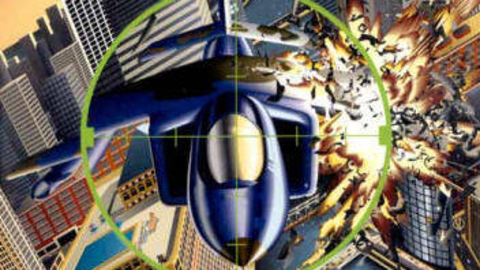 The added training mode in the home version doesn't make up for the fact that you can master the game in less than a day.