This old fog needs to learn some new tricks.

When you think of Silent Hill, what jumps to mind? A foggy town? Cryptic dialogue? Walls dripping with blood? Well, the good news is that Silent Hill Origins has all those things. That alone should please series fans who are looking to developer Climax's prequel to provide plenty of atmosphere and further expand on the Silent Hill mythos. But in this case, the good news is also the bad news because from a gameplay perspective, Origins is exactly what you would expect, delivering an entirely conventional adventure that relies on eight-year-old franchise hallmarks at the expense of anything truly new.

Origins is a prequel set before the events of the original PlayStation game. This time, you're in the shoes of Travis Grady, a trucker navigating through a downpour of rain on an eerie, foreboding night. If that sounds familiar, well, that's because it is. Like the previous Silent Hill games, Origins is light on scares but heavy on murky atmosphere and mysterious dialogue. In this case, it also relies heavily on nostalgia to set its mood, which may be fine for many fans, but the setup lacks the originality of prior series plots. In any case, Travis spots a little girl in the middle of the highway just in time to avoid hitting her. She runs off, and Travis, for no apparent reason, takes pursuit. If you're a Silent Hill fan, you may already have an idea of who she might be.

What's missing here is a clear sense of suspense. Unlike with previous series installments, Travis doesn't have any pressing reason to visit Silent Hill, save for pursuing the strange child. A subsequent fire rescue adds some missing urgency, but the opening never gives you the sense that Travis needs to be in Silent Hill, which makes him the least interesting of the franchise's protagonists. Nevertheless, how Travis fits in to the ongoing mystery of Silent Hill eventually becomes clear. If you're here to fill in missing pieces to series lore, Origins has plenty of meat for you to chew on and plenty of familiar locales to explore.

You control Travis from a third-person view, navigating through the foggy streets of the titular town between destinations. There's a lot to piece together here in the way of puzzles, many of which are entangled in other puzzles. For the most part, they are pretty clever, requiring you to explore every nook and cranny for scraps of clues and various items. They also require you to move in and out of the otherworld (an alternate dimension) at will by touching any of the various mirrors scattered about, which is a new mechanic for the series. It's in the otherworld that Origins is at its most disturbing. Dirty, bloody asylum walls and ragged teddy bears are series standards that still manage to elicit chills. Random groans and sudden encounters with other characters are also appropriately creepy, if not exactly scary.

You'll encounter your fair share of monstrous oddities--some new, many familiar. Unfortunately, combat is as weak as ever for the series. Melee is as plodding and unsatisfying as you remember, usually bloody but too measured and monotonous to be much fun. In all fairness, there are some attempts to spice things up. At times, an enemy attack will trigger a contextual minigame that requires you to hit the necessary buttons within a prescribed time limit to avoid taking damage. Of course, we've seen this mechanic in countless games this year alone, and Origins does nothing to make it any more interesting, so it might as well have been left out.

The other main combat addition is that of limited-use melee weapons. You can grab a television, radio, or hospital drip stand to bash your enemies with. You'll get multiple uses out of some of them, while others are done after a single hit. As long as you avoid combat, however (usually an easy task), you'll have plenty of weapons at your disposal. It begs the question, though: How can Travis carry a TV, a hatchet, a drip stand, a scalpel, a meat cleaver, a filing cabinet, and a huge plank of wood at the same time? It's not that impossibly huge inventory space is new to games, but the extent to which it's carried out here feels wildly out of place. Gunplay feels better, though again, it's wiser to simply avoid combat whenever possible and save your ammo for the boss fights. This is where Origins is at its best: Boss monsters are huge, designed well, and a challenge to take down.

Origins certainly looks the part, thanks to the traditional Silent Hill mist and its fine re-creation of the environments we've come to know over the years. Interior environments feature a lot of fine detail and crisp textures, and the contrast between the real world and the otherworld is palpable. However, character models aren't as well-crafted as you would hope, and Travis moves as stiffly as his straightjacketed foes. The sound design is fantastic, thanks to a terrifically disturbing soundtrack and all the menacing bump-in-the-night echoes that ring throughout the streets and hallways.

The problem with most of the game is that it's all been done already. It's like the developer had a laundry list of everything that makes a Silent Hill game a Silent Hill game, but forgot to throw in anything new. It doesn't even fix long-standing problems. Finishing blows are still a pain to pull off at times, especially when an enemy falls on top of another corpse. Getting a handle on your health status is still too vague a prospect. If any franchise has room to grow, this is the one, yet not a single meaningful element of Origins takes the gameplay anywhere the original Silent Hill didn't already go. This comfort blanket of familiarity may be welcomed by fans perfectly fine with that, but it does nothing to enhance the series. If anything, it makes you wish that the series would grow up a bit. 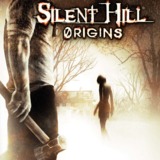 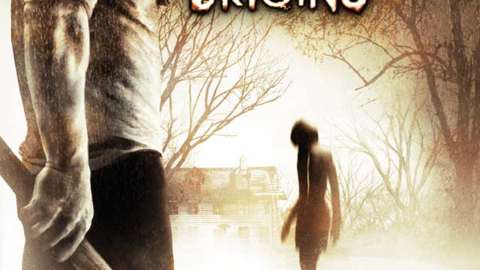 This Silent Hill prequel on the PSP goes back to the beginning of the series, and you'll run into characters from the later games.