Silent Hill 3 isn't so much about gameplay as it is about creating a disturbing look and feel and immersing you in it, which is something it does very well.

Konami's Silent Hill series is known for two things: loads of creepy atmosphere and awkward, underdeveloped stories. Silent Hill 3, released on the PlayStation 2 earlier this fall, continues both these traditions by offering up a survival horror adventure that's long on eeriness and short on sense. Silent Hill 3 isn't so much about gameplay as it is about creating a disturbing world and immersing you in it, which is something it does very well.

First things first. Silent Hill 3 is enough to make you vomit--not because of the blood and gore, of which there's plenty, but because of the clunky controls and wild camera system. They're so awkward, disorienting, and motion sickness-inducing that there are many times when you'll want to quit the game in disgust. You get two basic camera/movement options. With one system, character movement is relative to the camera. In the other, movement is relative to the character's view. To further confuse matters, you can also look around rapidly, in a small arc, while holding down a particular key. Additionally, the game sometimes switches your view to draw your attention to something or to merely create a dramatic visual. What this all boils down to is that the camera is frequently pointing away from where you want to look. Oftentimes, an attacking creature--and sometimes even your character--is hidden from view. You can theoretically reorient the camera, but it's usually sluggish, or it simply won't move around properly in tight areas.

The movement controls were clearly designed with a gamepad in mind, though you can use the keyboard, albeit awkwardly. For added frustration, you have to engage a special "caution" mode before attacking enemies. When other third-person console games, like Tom Clancy's Splinter Cell, get ported to the PC with smooth, easy controls and camera views, there's really no excuse for Silent Hill 3's problems to exist.

If you can get past the clunky camera and controls, Silent Hill 3 has some cool things to offer. The heroine is interesting. She's just an ordinary teenage girl named Heather who means well but also has a bit of an attitude. After an introductory sequence with a surprise twist, we find Heather in a burger joint in a shopping mall. She heads off to call her dad to let him know that she's coming home soon, but then she meets up with a supposed detective who wants to talk to her about her birth. Heather doesn't want anything to do with the guy, so she heads into the ladies' room and then bolts through a window that leads into a back alley.

When you lead Heather back into the mall through a service entrance, things start to go very wrong. The halls are now empty, most of the shops are barred shut, and suddenly you come face-to-face with some kind of hellhound who's sloppily munching on a corpse. Fortunately, you also find a pistol for dealing with just such an eventuality. One of the neatest things about this whole opening segment is the way the game shifts between cutscenes and in-game action. The graphics are all so good that you may not even notice, at first, that a cutscene has ended, and you're now suddenly in control. Konami obviously wanted to create a lot of cinematic atmosphere, and they sure succeeded.

Really, atmosphere is what Silent Hill 3 is all about--not story or logic. (Logic has little to do with real horror, anyway.) Heather seems to be an average girl, yet she amazingly doesn't seem particularly frightened when she spots all sorts of gibbering, shambling, blood-soaked creatures who are feasting on corpses--or trying to feast on her. Even Rambo would run like hell from that. Early on, she meets a pale, frail-looking woman named Claudia, who starts rambling on about rebirth and paradise. This upsets Heather a bit, but then it's back to business as usual, which means casually roaming through a big mall that insidiously grows ever creepier.

Throughout the game, you revisit many areas that used to be relatively clean and well lit. Later, however, you find them to be dilapidated and cloaked in shadow. Blood now stains the walls, grit covers the rotten frames of smashed windows, and once-shiny doors are now rusted. Even though you go for extremely long stretches with no story or character progression and no understanding of what the heck is going on, the transformations of the mall and other areas (like an office building and a sanitarium) into truly nightmarish realms is handled with admirable skill.

Konami understands that what you don't see is usually more frightening than what you do see, so the developers let your imagination do a lot of the work in building up scares. Most of the time, you'll wander quiet, deserted halls (illuminated only by the weak beam of your flashlight), with no signs of life. Suddenly a tortured moan will echo down a hall, or your portable radio will produce a blast of static to indicate a monster is nearby--a Silent Hill trademark. In fact, you'll encounter your fair share of monsters, but the real scares come a bit too infrequently, so the eerie atmosphere loses some of its impact during the middle of the game when you start to get used to it all. Fortunately, there are some very creepy moments near the end--not to mention a disturbing and disgusting finale.

When you encounter creatures, you can run like mad, distract some of them with beef jerky (seriously), or fight them off with a knife, lead pipe, shotgun, or other weapon. Combat is pretty rudimentary, with aiming mostly handled for you, so fights will probably seem pretty lame to anyone used to PC shooters and/or action games. Practically needless to say, your toughest adversary in the game--the camera--often makes combat feel more like work than play.

During the slow, tension-building stretches between battles and expository cutscenes, you'll solve a handful of puzzles, mostly about how to unlock doors. Silent Hill 3 offers something lots of PC adventure games could learn from: At the beginning of the game, you choose the difficulty of the puzzles. The game even offers hints on the easiest puzzle difficulty setting. Furthermore, there's a separate setting for combat difficulty, and the PC version lets you save whenever you want, so Silent Hill 3 is as easy or hard as you want it to be.

It's not the combat or puzzles but the presentation that steals the show. The game overuses a lot of visual motifs, but the graphics are still wonderful and reflect a masterful use of light and shadow, in addition to some stomach-turning, hair-raising visual effects that will make you do a double take. Meticulously detailed textures and a special visual filter tend to give everything a grainy, brittle, antique look. The creatures are well crafted, too. There are hellish dogs with their faces riven in two, walking tumors, giant alien mannequins, undead nurses, and more. What really makes the monsters stand out are their odd movements--like how a creature's body might lope along while its head quivers about spastically. It just feels totally wrong, which is a great thing for a horror game. Aside from very uneven voice-overs, the audio works wonders too, with subtle sound effects and a soundtrack of industrial noise that kicks in at just the right moments.

Silent Hill 3's awkward story suffers from some serious pacing problems, as all the interesting stuff is saved for near the end. The combat and puzzles could have been better, too. The game doesn't even have that many true scares in it, but if you want to lose yourself in a really disturbing world that really digs under your skin, Silent Hill 3 is hard to beat. 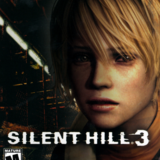 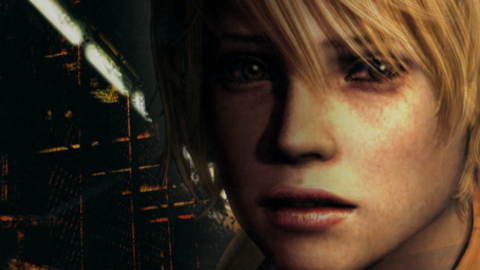