Silent Hill 2 is a much prettier, somewhat smarter but less-compelling game than the original.

Capcom's Resident Evil series had for several years been the uncontested king-of-horror video games until Konami's Silent Hill came along to give it competition. While Resident Evil focused on "boo!"-style shocks, Silent Hill created an atmosphere that was not only eerie, but also often psychologically unnerving: David Lynch's Twin Peaks combined with the look of a Marilyn Manson video. The original Silent Hill delivered excellent scares and built up the player's need to know the secrets behind this quiet New England town gone hellishly wrong into a fever pitch, only to provide an ending that was not only harshly anticlimactic, but also one that players would have to replay multiple times for it to make some semblance of sense.

Hopes have been high that the game's PlayStation 2 sequel would provide a more satisfying storyline on top of the graphical improvements expected from the series' jump onto a next-generation game system. It succeeds in that, in a sense, but loses some of the original game's appeal along the way.

With its completely new cast of characters, Silent Hill 2 requires that you forget everything you ever knew about Silent Hill, except for the fact that it's one hell of a foggy town and that there are things out there lingering in that mist. You play as James Sunderland, a man who comes to Silent Hill after he receives a mysterious letter from his dead wife, asking him to meet her there. Shortly after you arrive, you notice that there's something seriously wrong with the town--the only people you find are noticeably mentally unbalanced, and monsters shamble out of the rolling haze. As in the original, you soon arm yourself with a board-and-nail makeshift weapon and a radio that emits static whenever creatures are near, venturing out to unlock the many secrets that Silent Hill holds.

Expect to spend most of the time solving puzzles, which is the game's main focus. Some puzzles require you to collect and combine key items, others make you scan found notes and documents for certain numbers to apply to combination-style puzzles later, and a few are there randomly for you to figure out. Silent Hill 2's puzzles are well done--tough enough to make you think a bit about how to solve them, but not difficult enough to force you to refer to a walk-through. The few times that you might get stuck in the game will likely be due to a missed item or puzzle, calling upon the "open the refrigerator door multiple times" way of checking over every room until you find it. The game's excellent mapping system helps greatly with this because it shows you which rooms you've visited, which doors can't be unlocked, and where the puzzles you've already found are located, as well as checkmarking them once you've solved them. Another nice feature is that as you walk into a room or down the street, your character's head turns toward any noteworthy items in that area, which saves you a significant amount of time while searching every corner and object in the town.

The game's monsters rarely present much of a threat to you. The gameplay provides plenty of opportunities to pick up ammunition and medical kits, and the creatures almost always appear so far away that you can dispatch them before they get close enough to attack. Indoors, you must destroy them for you to pass by, but outside, they're slow enough to just run past. Suffice it to say, the combat isn't very challenging and feels repetitive at times. The few fights that vaguely resemble boss encounters are easy work for anyone who's ever played a Resident Evil game.

The best aspects of Silent Hill 2 are its graphics and sound. The few unique monsters that you encounter in the game are superbly designed. The first, for example, looks like a man strapped into a straightjacket, covered by a layer of shiny worm flesh. Another is a bizarre assemblage of mannequin parts. Many, if not all, are disturbing on a subconscious as well as visual level, making this a game that's definitely not for kids (even though it's been toned down since earlier work-in-progress versions).

The creatures in Silent Hill 2 sound as scary as they look. The most innocuous breed of monster sounds like a dog pieced together from broken clock parts. Once you actually locate it, it no longer worries you, but until then, you'll entertain a few nervous moments, wondering where that weird noise is coming from. The game's musical score is environmentally sparse, and at points barely noticeable, but crescendos appropriately at key moments to great effect. The solid soundtrack and sound effects are only slightly undercut by the game's voice acting, which is due more to awkward writing than to poor acting.

The impressive visuals have some drawbacks as well. Although there's a large degree of variety within the game's murky indoor environments, the dark and misty exteriors rarely push the PlayStation 2's graphical capabilities--and even if they did, it would be too foggy to see them. A haze effect casts over the game's visuals to make the proceedings look more eerie, but ultimately it doesn't add to the game or detract greatly from it.

Silent Hill 2's default control is similar to that of Capcom's Resident Evil series in that you must turn your character to face the direction you want him to move before he can move forth. Critics have condemned that feature in Resident Evil, but it's less problematic here because you turn and respond so quickly. Those who disagree with this function can change the control setting so as to move without the directional turn as in Capcom's Onimusha, but this setting seems like an eleventh-hour add-on and feels awkward.

Besides offering different settings for the control, Silent Hill 2 also provides several options for puzzle and monster difficulty. Set the monster difficulty to beginner and you can walk away from the game for 15 minutes while being attacked by multiple monsters and still be alive when you return. Likewise, the harder settings will make the game more challenging for die-hard survival-horror fans.

The game's storyline makes more sense in the end of this sequel than it did in the original, but unlike in that game, it never creates the pressing need to understand it in the first place. It's a disjointed narrative that will find many saying "Oh, that's what it's all about" in the end. (As in the original Silent Hill, there are multiple endings, but it's much easier to get a good one than before.)

Storyline is important to this type of game, as many will come just for the progressive horror element and the possible gruesome unveiling of a horrible truth in the end--as found in similarly themed movies. Those looking for this type of thrill should know that Silent Hill 2 is creepier than the first game, but it's not scarier. For example, one of the monsters in the original was a half dog/half man that chased you through the mist and let out a gruff bark capable of making the hair on the back of your neck stand up. Silent Hill 2's creatures may look as disturbing, but you tend to destroy them because they're in your way and you're carrying a lot of ammunition, not because you're afraid or fighting for your life. Like many horror films, Silent Hill 2 starts off slowly, appearing as an attempt to build suspense. But once the action starts, it immediately levels off and focuses on puzzle-solving rather than a heart-pounding fight or flight thriller one might expect, having weathered out the setup. That said, the puzzles are well done, there's little in the way of backtracking, and the game looks and sounds great, so a definite give-and-take occurs.

Silent Hill 2 is a much prettier, somewhat smarter but less-compelling game than the original. Those who had hopes that the sequel would improve upon every aspect of Silent Hill will be disappointed, because it doesn't. But high expectations aside, you're still left with a sturdy game.

View Comments (22)
Back To Top
7.7
Good
About GameSpot Reviews 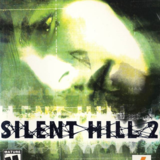