Sigma Star Saga has a great concept that was clearly inspired by any number of 16-bit classics, but it doesn't quite measure up to them.

Where was Sigma Star Saga when we needed it most about 10 or 12 years ago? This hybrid action adventure game combines side-scrolling shoot-'em-up battles with top-down 2D Zelda-style sequences together with an original sci-fi storyline. The results create a fantastic first impression, featuring the very best of what 16-bit gaming ever had to offer. Sigma Star Saga unfortunately doesn't fully follow through on its intent to successfully splice together two classic styles of gaming due to some frustratingly repetitive and often bland scenarios. But its unique design and impressive presentation still make it worth checking out by those nostalgic for the glory days of 2D gaming.

Sigma Star Saga does put its best foot forward. The moment the game begins, you're in a starship defending a war-torn planet Earth from a ravaging alien race called the krill. This is great stuff, as your battle is joined by other fighters from your squadron. Together you take on the krill, both low to the ground and high in the sky, before finally repelling the invasion (unless you die trying). You're Ian Recker, an ace pilot and one of the sole survivors of the brutal battle. You return to base a hero. But the war is far from over, and your job is far from done. Your commander has unusual plans for your continued service: You'll be seemingly left for dead, allowing you to infiltrate the ranks of the krill so you can hopefully gain their confidence and then report their secrets back to Earth command. By disrupting the krill's operations from the inside, Earth may yet win the day. Soon enough, Recker finds himself on board a krill starbase being fitted for a "parasite," which is organic body armor worn by krill soldiers. So begins his true journey.

The game's anime influence extends from the look of its cast of characters to its complex storyline that will have Recker second-guessing his loyalties both to his commander and even to his race. The story unfolds through text-based dialogue between Recker and a small cast of key characters. There's some well-written dialogue, but some dense plot points and the sporadic way in which the story unfolds prevent it from really grabbing hold. Nevertheless, it's the story of Sigma Star Saga that will compel you to keep pressing forward when the gameplay itself bogs down.

Basically, Sigma Star Saga replaces the traditional, random turn-based battles of the role-playing genre with side-scrolling shoot-'em-up levels. That's a terrific idea, but in practice the game tends to throw far too many random, bite-sized shooter bits at you...to the point where making progress through the game's main levels becomes tedious. Most of the game takes place on various planets that are significant to both Earth and the krill's high command, for reasons you'll discover later. These are populated by monsters that are even easier to ignore than they are to kill, but every few steps of the way, you'll automatically get sucked into a krill ship and will be forced to shoot down some number of enemies, possibly a miniboss, before getting to resume your on-foot exploration. There are a few different spaceships and a multiple types of shooter levels per planet that you'll randomly be assigned to, but you'll be forced to see all this stuff way too frequently. The game adds insult to injury by forcing you to backtrack across planetary surfaces multiple times.

Each time you gun down an enemy in the shooter sequences, it drops a little experience bubble. Sigma Star Saga is part shooter and part role-playing game, so as you gun down hundreds of mindless foes in space, you gain experience levels, raising your ship's attack and defense ratings. The urge to keep leveling up is strong enough to keep you going for a while, but there comes a point where your ship becomes too powerful. This moment is a sad one, because shoot-'em-ups are fundamentally supposed to be skill-based affairs, after all. When stripped of challenge, they lose most of their charm and appeal. During the sluggish middle portion of the game, you'll be slogging through one pointless shooter sequence after another, and the on-foot exploration--while occasionally confusing--really isn't any more interesting.

Sigma Star Saga at least helps keep you going by compelling you to experiment. Throughout the game, you'll find "gun data" items that affect the cannon type, bullet, or impact effect of your ship's main weapon. There are dozens of gun data in all, and by mixing and matching different types, you can make your ship attack in very different ways--some of which are much, much more effective than others. A few specific gun data are invaluable, such as one that causes each kill in the random shooter levels to count for two. Since you'll sometimes have to destroy as many as 99 enemies to finish with a shooter level before moving on, being able to do this in double time will help you keep your sanity.

Other late-game gun data cause your ship to fire automatically, whereas you'll be forced to hammer on the fire button through the early portions of the adventure. These let you effortlessly shoot so much faster than normal (even if you can mash buttons like a pro) that they render most other gun data completely obsolete. Even so, the gun data system is one of Sigma Star Saga's most interesting features. Each time you find a new one, it's exciting to see how it might let you change up your strategy, if only for novelty's sake.

During key parts of the story, such as the very beginning, Sigma Star Saga thrusts you into a lengthier, scripted shoot-'em-up level rather than the random, aimless piecemeal bits that will soak up most of your time with the game. These are quite good, culminating in battles against boss opponents like most any good shoot-'em-up level ought to. But there are only a handful of these, which calls attention to how weak the random levels are by comparison. It takes about 15 hours to finish Sigma Star Saga, but the adventure is stretched far too thin. Once you beat the game (and see one of its multiple endings), you've got the option to start over from the beginning with some unlocked content, and maybe then you can find all the gun data you missed the first time. But it seems unlikely that you'd want to play through more than once.

The graphics and sound of Sigma Star Saga certainly help the game. Big, beautifully animated 2D sprites and parallax-scrolling shoot-'em-up stages give this game the appearance of the best of both worlds it brings together. One nice little touch is how, each time your ship takes damage, it seems to blow up while a replacement ship flies in from offscreen, as though you just used up an extra life in an arcade game. It's worth noting that Sigma Star Saga really nails the whole anime look and feel it's going for, despite having not been developed by a Japanese company. It's a great-looking game overall, though it could have looked even better if the character portraits showed some variety and if most of the enemies in the shooter levels looked less like weird, pointless blobs. Good shooter-style sound effects, some nicely choreographed bits of digitized speech, and a quality soundtrack help round out the experience. Unfortunately, some of the soundtrack turns grating after a while, since you'll hear the same music over and over in the shoot-'em-up portions of the game.

Sigma Star Saga deserves a ton of credit for its outstanding concept, and at first, it seems to do an excellent job pulling its disparate elements together into just the sort of game that most any longtime video game player would love. It takes just a few hours to overstay its welcome, though, and the dramatic conclusion to the storyline does little to alleviate the many numbing hours it takes to get there. This is a game that was clearly inspired by any number of 16-bit classics, but Sigma Star Saga doesn't quite measure up to them. But for what it's worth, for a while it sure comes close. 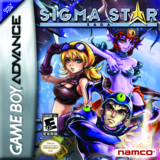 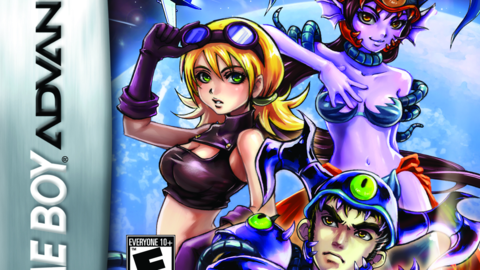 Earth is under attack, and you are humanity's only hope for survival. The only way you can defeat the Krill force is to explore the mysteries behind six planets.