Ever since its inception in the early 1990s, Sid Meier's critically acclaimed Civilization series has challenged players to "build an empire to stand the test of time." Civilization Revolution is the newest scion of the series, and like its predecessors, it's a turn-based strategy game in which you take charge of a notable historical civilization and lead them from humble beginnings to world domination. Faced with the great challenge of preserving the strategic breadth of the series while streamlining the experience for consoles, developer Firaxis games has succeeded admirably. The result is a distilled version of Civilization that will please series veterans and newcomers alike.

Before the game begins, you must make an important choice: Which of the 16 civilizations will you command? Each has a starting bonus and four era bonuses that you'll gain as you progress through the ages, bonuses that will aid you in some way on your path to victory. There are four types of victory in Civilization Revolution: cultural, economic, technology, and domination. Each has particular victory conditions, and civilization-specific bonuses are a good way to start down the road toward meeting those conditions. Those seeking a cultural victory will appreciate that the Egyptians start with an ancient wonder, whereas military-minded players might choose the Germans and their veteran warriors. Trying the different civilizations on for size is great fun, as you adapt your unique strengths to grow your empire and deal with your opponents.

Once you've chosen your civilization, the game begins in earnest. As you set down your first city, you'll see icons on the surrounding squares indicating how much food, production, or trade each produces. Food grows your population, production builds units and buildings, and trade furthers scientific research or fills your coffers with gold. Being aware of these resources is the key to your civilization's prosperity. As your city grows larger and encompasses more squares, you'll have the option of telling your workers to prioritize one resource over the others, or to work certain squares instead of others. Unlike in previous Civilization games, individual squares cannot be improved, and workers now exist only within the confines of the city menu screen. Despite the worker's reduced role, the bulk of its strategic relevance has been preserved. Now certain buildings and technologies will increase your resource yield, so the challenge lies in choosing what to research and what to build to optimize your city's production. This interweaving of strategic considerations is engrossing and spurs you to constantly refine the myriad facets of your grand plan.

With your first city up and running, you begin to go about the business of expanding your realm. You build warriors to defend your city and explore the surrounding area. Barbarians will threaten you early on, and destroying them will grant you gold, or perhaps a bonus unit. There are also friendly villages that will offer similar bonuses, and sometimes even grant you a new technology. Discovering impressive natural wonders, such as a great forest or a vast desert, will also garner you a gold bonus and the gratifying right to stamp a name on it that will last throughout history. There are also a few ancient artifacts, such as the Lost City of Atlantis, that grant substantial boons to the civilization that discovers them. Although it's already a thrill to explore uncharted lands, these bonus incentives add more urgency to your wanderings and encourage you to keep up a brisk pace.

As you explore, create units, and settle new cities, you'll soon discover that you're not alone. Leaders of other civilizations will contact you with offers of peace, but don't expect these truces to last. Depending on your difficulty level, you may have a few leaders asking to trade techs, or they all may try to bully you out of hearth and home. You can do some bullying of your own from the diplomacy panel, as well as make peace, trade techs, or even pay a leader to wage war on another civilization. However, long-term trade agreements are gone, and previously marketable resources like wine, iron, and silk now merely provide resource bonuses to nearby cities. Degrees of peace, like non-agression pacts and open borders, are also gone, the latter of which is particularly missed during online games, when passing through an ally's territory will cause a declaration of war. The controls for navigating diplomacy are easy, but it does feel a bit limited.

If you refuse another civilization's demands for tribute, or want to pursue a domination victory, you'll declare war on your enemies and march your legions off to battle. Every combat unit has a separate attack and defense rating, and it's important to play to their strengths. For example, in the early going, archers are twice as powerful on defense than offense, so leaving them to defend your cities while your more powerful attackers advance to the front may be a good move. Positioning yourself advantageously is rewarding, not only because of terrain bonuses, but also because of the satisfaction you get from winning a carefully executed encounter. Cutting through your opponent's forces and taking their cities is immensely gratifying, though large invasion forces can get cumbersome since you can no longer combine diverse units into a manageable stack.

Actual combat is merely a matter of sending your unit onto an enemy unit's square and seeing how things play out. Victorious units will gain experience and can earn special abilities, such as improved city defense. Combat has been streamlined, too, and the number of units available throughout the ages has been pared down. Ships can no longer bombard land squares, but positioning them on the coast adjacent to your warring armies will give your land troops a boost in combat. Without square improvements to destroy, siege warfare is limited to parking your forces on squares to prevent a city from working them. Furthermore, even the smallest ship can transport a huge number of units, so sending armies by sea is feasible in any age. Thankfully, these changes don't feel like omissions because the strategies that the lost elements supported are still present and can make or break your martial campaigns.

There's a lot of information to take into account when playing Civilization Revolution, and fortunately there are a number of built-in tools to help you. You have a cadre of advisors who pop up to consult you in the city and tech screens, and they, like the leaders of other civilizations, are large, animated characters who react to your decisions and push each other out of the way amusingly as you switch your focus. They do make some repetitive noises and their gibberish speak can get annoying, but they are quite helpful in the early going and once you're in the rhythm of the game, you'll likely tune them out. Other audio effects and background music are more appropriate, and the dramatic flourishes of victory or wonder creation are quite invigorating.

One of the highlights of the game is the robust civilopedia, which is accessible from almost any screen with the press of a button. All of the pertinent game information is here, as well as a wealth of multimedia knowledge for those curious to know the biographies of the great people who appear in their cities, or to see a video clip of a galley at sea. It's a fantastic addition that you'll find yourself consulting often as you refine your game strategy. Though it does take a few seconds to load, it's well worth it to make sure that you choose the right wonder to build or tech to research.

Tying it all together is the vivid, clean presentation and simple control scheme. You can scroll around the map with either analog stick, though the right one is required to issue movement commands. Cycling through units with the directional pad is a breeze. The left trigger zooms out, though not as far as you might like, and the right trigger gives you a quick look at your tech, culture, and treasury growth. City and diplomacy menus are a mere click away. This accessibility is complemented by the vibrant unit designs and animations, as well as the eye-catching city representations. The ocean looks lovely as waves lap at the shore and fish frolic in the clear water, and mountains, forests, and rivers are equally beautiful. Scroll around a busy map and you'll experience some choppiness, but not so much that it's detrimental to the gameplay.

Single-player games are rich and varied, but you can mix things up further by playing the included scenarios or taking on the Game of the Week and seeing how you rank against other Civ players. You can also test your skills head-to-head online. Each match has five civilizations but a max of four human players. You can face off one-on-one, join up with a teammate against human or AI players, or cut loose in a free-for-all. A headset lets you conspire with your fellow players, but be careful to use the private chat feature lest you alert your enemies to your plan. Be sure to block out a few hours for these matches, which can sometimes last quite a while. You can limit the turn time to speed things up, but with four human players and one AI civilization, there's a lot to do. Online matches do have a strange pace to them that's not quite a sequential flow, and they move more slowly than solo games. Nevertheless, if you've got the patience, there's nothing quite like matching wits with another human player.

Played against human or AI opponents, Civilization Revolution is an excellent game that will let you plumb different strategic depths each time you play. It's incredibly easy to get engrossed in the rhythm of expansion and evolution, and you can happily lose hours and hours at a time. Sid Meier and Firaxis Games have done a fantastic job of streamlining many of the key game mechanics, and they've cut out some of the micromanagement without gutting the strategic options. If you enjoyed Civilization on the PC and are worried that this version might feel stripped down, fear not. Although it does seem simpler at first, you'll soon realize that it's the same signature gameplay you know and love. If you haven't played a Civilization game before, you should get your hands on this worthy new entry in the Civilization canon. 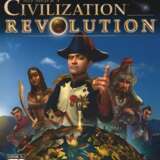 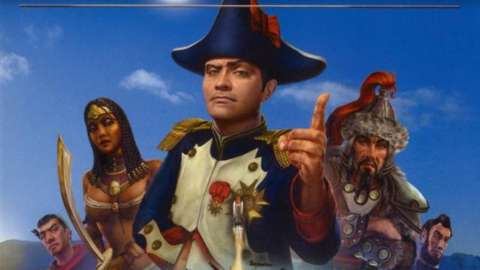 Sid Meier's legendary Civilization franchise ventures beyond its PC roots with this title, designed specifically for consoles and handhelds.