In this city by the sea.

Of all the things Civilization: Beyond Earth's first expansion accomplishes, the greatest is this: it sorts through centuries of war, politics, and future technology, to reveal the personalities behind it all.

Developer Firaxis Games has a reputation for making bold expansions, and Rising Tide is no exception. It doesn't just add content to the sci-fi strategy game--it reimagines certain systems altogether, and brings real characters into the formula. And despite a few cloying issues, Rising Tide's changes make for a more balanced, and more memorable, empire-building experience.

As in Beyond Earth, Rising Tide puts you in the throne--or council chamber, depending on the leader you choose to be--as you guide your civilization to victory on alien planets in the distant future. The chariots and compound bows of human history are absent. This is a world of exo suits, plasma weapons, and sterile, bulbous architecture. There's a sense of otherworldliness here that earlier Civilizations don't contain.

Although there are still five paths to victory, both peaceful and otherwise, the methods of reaching them have changed. For the first time, Rising Tide lets you colonize the seas. So while naval combat and exploration are still key factors in any smart ruler's strategy, this expansion brings cities--complete with all their commerce, resources, and hardworking people--into the waves.

This feature would be novel enough on its own, but Firaxis wasn't content to duplicate land tactics in a maritime setting. In Rising Tide, ocean cities can move. It takes a few turns, depending on the city's production rating, but these floating metropolises can travel across water, one hexagonal tile at a time, in any direction you choose.

The result is a dichotomy between your thinking on land and your approach at sea. While continental settlements still grow out from the center, forming clean circles of multicolored tiles, oceanic territories take on a snaking, amorphous shape in their search for better resources.

And because citizens can still only work tiles within three spaces of the nearest city, building a seafaring province can mean dealing with loss: short term gains are far more valuable at sea, where resources are ephemeral, and cities might abandon farms, generators, and academies in an instant.

Floating metropolises can travel across water, one hexagonal tile at a time, in any direction you choose.

My first floating city, for example, landed in the center of a great lake. But as the years passed and my people developed new technologies, I moved it up along the coast, where clusters of Firaxite deposits increased my naval unit production.

Then, 150 turns later, with my Deep Space Telescope sailing through the stars, I prepped my civilization for the final stages of a Contact victory. I moved my city back down along the coast, toward a more defensible area with mountains at my back. I knew enemy armies would come with advanced weapons of their own, and ocean cities have lower defense ratings than their land counterparts. Holding out for victory while I built my alien beacon would not be easy.

And just like that, my prediction rang true: all of my allies declared war. One by one, I watched my longstanding relationships deteriorate through Rising Tide's new diplomacy system, a feature which, in the grand scheme of things, is just as significant as sea colonization.

Through this new diplomacy system, you strike international deals, manage alliances, and change your own leader's personality traits by spending diplomatic capital. Much like culture or energy, this resource accumulates through various perks and buildings, as well as through deals with other leaders.

Those figures will, in turn, come to fear or respect you. Build up a big enough army and they'll accept your deals in awe. But manage your civ with a wise leader's acumen, and surrounding dignitaries will join out of admiration. This leads to alliances, new relationships to leverage, and easier deal propositions. If a leader doesn't have a strong opinion either way, they'll be harder to sway.

This diplomacy system remedies several complaints I had with Beyond Earth. First, it adds dynamism to otherwise boring mid-game turns. Beyond Earth is a more nuanced experience throughout, and managing deals and personality traits in pursuit of perks creates more involved playthroughs.

But this feature does something more: it injects personality into Beyond Earth. The leaders develop unique idiosyncrasies, growing into angry tyrants or peaceful visionaries. They turn jealous when I make deals with their enemies. They scoff when I refuse their own. And after a while, I developed opinions about each one of them. I respected Daoming. I ignored Duncan Hughes. I despised Rejinaldo.

Leaders develop unique idiosyncrasies, growing into angry tyrants or peaceful visionaries. They turn jealous when I make deals with their enemies. They scoff when I refuse their own.

By offering insight into my strategy, and reacting based on existing relationships, these commanders exhibit believable choices at the futuristic round table. I considered interactions in a more careful manner, afraid I might tip the scales if I pushed too hard.

However, it's often unclear why a ruler approves or disapproves of your actions. This is important, because it's these opinions that affect their standing toward your nation. At one point, Rejinaldo, Brasilia's leader, laughed at my production rates, only to compliment them once I raised them a mere two points higher. It seemed opaque, and Rising Tide didn't offer any quantitative explanation for the man's change of heart. Less robotic AI is welcome, but less logical characters is a step too far.

There can also be an overload of information farther into games, when every ruler sounds off on each move I make. The constant chime sometimes diminishes much of the impact these comments had in the first place.

But these characters still feel genuine. This isn't the level of characterization you'll find in a role-playing game or story driven experience, but when Brasilia's hardheaded leader formed a blockade across my main trade route, refused any offer of peace, and picked off my workers one by one, he elicited real anger from me. It wasn't frustration with the game, or even with "that militaristic tyrant who's disrupting my energy supply." It was frustration with Rejinaldo.

Rising Tide brings other content to Beyond Earth as well, from new factions to new planet types. But these additions pale in comparison to the systemic changes Firaxis has made. There are bothersome issues with the new diplomacy approach, and some of these mechanics are too obfuscated to call excellent. But Rising Tide encourages new ways of thinking, and lends character to a very impersonal subject. That old Civilization mantra still echoes, just like it used to: One more turn. 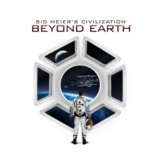 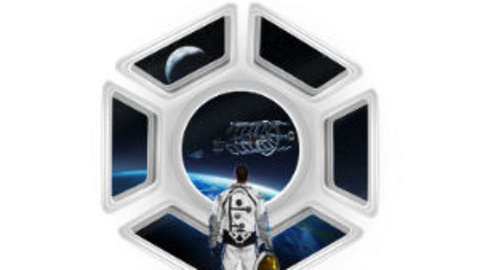 Sid Meier’s Civilization: Beyond Earth will send players on an expedition from Earth to lead their people into a new frontier to explore and colonize an alien planet, and create a new civilization.

6.5
Sign In to rate Sid Meier's Civilization: Beyond Earth