For the game's existing fans, it's a must-have. And for the uninitiated, it's an ideal opportunity to see what all the fuss was about.

The Mongol Invasion, Creative Assembly's official expansion to last year's impressive real-time strategy game Shogun: Total War, is just about everything you could want from an expansion pack. The Mongol Invasion sits somewhere in that gap between being more than a mega patch, but not quite a bona fide sequel. It's the mark of a good expansion like this that you can't imagine going back to playing without it. And The Mongol Invasion renders the original Shogun, an excellent game in its own right, almost obsolete.

Among the most prominent of the additions featured in this expansion is a new era, 250 years before Shogun's 16th-century clan warfare. The Mongol Invasion supposes that Kublai Khan's hordes successfully reached Japan and pushed the then-dominant Hojo clan back far enough to establish a beachhead. You can play this era as a full campaign, single battles, or a new type of game called a "historical campaign." This is something of a misnomer, since the historical campaigns are really just a sequence of linked battles without the campaign shell.

However, this new era isn't one of the expansion's strong points. As a full campaign, it plays blunt and fast. The Mongols don't build the structures that make the strategic game compelling. Instead, they just conquer and pillage and wait for random reinforcements that just wash up on shore from time to time. You spend most of your time splitting them up and running them around to put down rebellions. It's all the tedium of army management with none of the payoff of building up an empire or raising custom armies. The Mongol campaign is more interesting when played as the Hojo clan beating back the hordes of cavalry. But even then, it's missing a lot of the original Shogun's nuance.

Most of the expansion's new units occur only during this era. The Mongols rely, of course, on their cavalry, which dramatically change the unit balance by combining speed, melee shock value, and missile attacks--traits that were previously spread among various different units. Also joining the Mongols are Korean mercenaries, including the grenade-throwing thunder bombers, who look like they wandered into Japan straight out of Bungie's Myth series. Some fans might be disappointed to find that Shogun's delicate attention to history goes right out the window in The Mongol Invasion expansion. If you had a problem with geishas rampaging across Japan, wait until you see the black-clad battlefield ninjas hiding in plain sight. Then there are the lone kensai "sword saints," who can wade single-handedly through swarms of enemy soldiers like Jet Li at a rival dojo. At times, The Mongol Invasion feels like it's entered the realm of dramatic license and set up camp.

A couple of the additions are of questionable value. There's a new building called a drill dojo, which trains units to recover from routs quicker. It's a waste of time and rice that could be spent upgrading a unit's weapons, armor, or honor to prevent them from being routed in the first place. The new naginata cavalry are just an intermediary step between the current yari cavalry and heavy cavalry. The graphics have supposedly been upgraded, but the only apparent difference is the dust armies kick up when they move across the plains.

But then there's everything else The Mongol Invasion does. There are some excellent tweaks that reduce tedium during the strategic games. Army management is much more flexible, allowing you to easily drag and drop units onto each other to bring depleted armies to full strength. Armies can also be given long-range movement orders, which they'll follow from turn to turn so you don't have to move everyone one province at a time. There are new banners that make it easy to keep track of your generals, who also have new markers so they don't get buried when placed in armies with more experienced generals. A loyalty filter lets you tell at a glance which of your provinces are in danger of revolt.

One of the most welcome changes is a set of alternate victory conditions that let you bypass the oppressive micromanagement of Shogun's endgame, in which you had to spend hours mopping up every last corner of Japan to reach the victory screen. The addition of three new sets of starting conditions for the various clans is also helpful, allowing you to try alternate setups or jump ahead to later developments like musketeers and Christianity.

The unaligned ronin on the strategic map are now broken into distinct factions so you're not fighting a horde of unified rebels. In a new twist, a ronin faction can play host to a defeated clan's heir, effectively putting that clan back on the map after you've supposedly vanquished it. Alliances with other clans have more staying power, so it's easier to free up forces by securing one of your fronts through diplomatic means. The expansion also includes a handful of new historical battles and battlefield maps. More importantly, thanks to the included battlefield map editor, there are plenty of third-party maps appearing online. Also, now that reinforcements can come from multiple directions, the flow of action on a map isn't as predictable as it used to be.

There are also some changes that seem minor at first glance, but end up making a significant difference. For instance, you can retrain your units after they've already been created to take advantage of training bonuses. This is also important for maintaining the higher honor level of your experienced units. Before the expansion pack, a constant tension in Shogun was whether to use your experienced units at a depleted level or dilute them with new recruits. But with retraining, you can maintain and upgrade units without sacrificing their hard-earned honor levels. The ability to disband obsolete units to keep a lid on maintenance costs is also newly added. If you have a lot of extra money, you can now use it to bribe enemy armies. These are the sorts of things that make it almost impossible to going back to playing Shogun without The Mongol Invasion.

As a multiplayer game, The Mongol Invasion breathes new life into Shogun. There are now a variety of objectives for multiplayer battles, such as base capture, assassination, and king of the hill modes. Multiplayer battles used to involve a lot of camping out on hillsides until someone finally decided to attack, but now the action has more purpose and focus. With these various game types, there's also more incentive to play with different army combos. Unfortunately, Creative Assembly still hasn't added multiplayer support to the campaign game. Electronic Arts has also officially announced that there will be no more patches to the original Shogun, so it looks like the enhancements in The Mongol Invasion will only be available by purchasing the expansion.

There are two ways you can get the expansion. It's available in stores for $40 as the Warlord Edition, which includes the full game. If you've already purchased Shogun, you're eligible for a $10 rebate, making it a relatively pricey $30 expansion. But you can also get just the expansion pack itself, which requires the original game, directly from Electronic Arts' online store. This doesn't offer the immediate gratification of plucking the box off a store shelf, but even after you factor in shipping charges, it will only cost you $20. Either way, The Mongol Invasion is easily worth the price. It's one of those indispensable expansion packs in the same league as The Conquerors for Age of Empires II or Brood War for Starcraft. For the game's existing fans, it's a must-have. And for the uninitiated, it's an ideal opportunity to see what all the fuss was about. 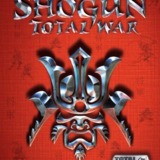