Shogo never feels pointless and, with its careful attention to narrative as well as action, is clearly of the new breed of shooters.

It's about time Shogo happened. Not that it's a victim of your typical teary-eyed, long-overdue game development cycle, but more that at last a team had the insight, and the decency, to make a great game out of an undiscovered but highly deserving medium. The battle sequences in Japanese animated science fiction series like Macross and Gundam are characterized by their huge scale, breakneck speed, and subtle sense of style. In between the wars fought by enormous yet graceful transforming robots, such cartoons weave intricate and often moving melodrama to make the battles seem that much more significant. While Shogo's makers aren't Japanese, it's clear that the people who made it have a fine grasp of the subtleties of Japanese animation, as the game combines the conventions of furious action and vivid characterization within a conventionally first-rate first-person shooter.

In Shogo, you play a hotshot commander caught in the middle of a war that cost him his family and closest friends. Now you're in it for vengeance as well as for duty, and there's a 30-foot-tall ally in your corner that'll help sway the odds in your favor. You see, not only is the hero Sanjuro an ace with any number of handheld firearms, but he's an ace in the cockpit of a Mobile Combat Armor unit, a steel giant that eats tanks for breakfast. MCAs may look like the typical Battletech-style mech made popular in computer gaming by Activision (Battletech, after all, is itself closely based on Japanese animation). But the difference is, MCAs, in true anime fashion, are every bit as lithe and maneuverable as their apt human pilots. In no way does Shogo feel like a clunky simulation; this is a first-person shooter through and through, with its highlight being that certain levels must be traversed on foot while others demand the firepower of an MCA. There's nothing quite like stomping on tiny armored guards with your metal suit. And you'll get to stomp all kinds of things in full, gory detail thanks to Monolith's impressive 3D engine.

Monolith's proprietary LithTech engine pushes polygons fast and lights them well. On the one hand, it doesn't look quite as rich as either Quake II or Unreal; its colors look a bit washed out, and you can spot the occasional seam between texture maps. But at least LithTech looks different; the explosions, the gore, and the particle and lighting effects don't look anything like any other first-person shooters out there, and are refreshing if only for that reason. On top of its unique special effects, Shogo contains all kinds of different indoor and outdoor scenery, and all of it looks convincing. Outdoor areas are expansive and desolate, with clouds casting foreboding shadows across the land. Indoor areas are realistically lit, and the architecture is plausible. All together, the assorted level designs are varied and recall the best of the recent batch of great 3D shooters, including Quake II, Jedi Knight, and Unreal. The levels are often short and sweet, with plenty of variety and storyline within and in between to keep you going. Shogo never feels pointless and, with its careful attention to narrative as well as action, is clearly of the new breed of shooters.

A first-person shooter without a variety of interesting and deadly weapons isn't much fun no matter how fancy its engine. Fortunately, Shogo delivers the goods with an arsenal of sadistically satisfying guns, including a number of classic archetypes along with a few unique additions. Though the assorted weapons in the game appear unwieldy or even uninteresting as you lug them about, they're remarkable when put to use. When you're on foot, you do business with a number of sleek pistols and machine guns that all look and sound like they pack a serious punch, with especially nice muzzle flare effects. When you're strapped into the Mobile Combat Armor, your arsenal is a hi-tech mix of energy and ballistic weapons, many of which look astonishingly powerful. It's a safe bet that between the laser cannon, the multi-warhead launcher, and the rapid-fire machine gun that doubles as a sniper rifle, there's a little something for everyone in Shogo.

Meanwhile, Shogo's soundtrack is subtle and effective and changes dynamically along with the onscreen action, while the sound effects are almost always clean, strong, and appropriate. Many of the sounds are pulled straight from classic anime series, so not only do they make Shogo sound good, but anime veterans get a little trivia game out of them free of charge. There's a lot of speech in Shogo, and most of it is well acted, if not by typical voice-acting standards then certainly by the low bar that measures the typical English-dubbed anime. Several of the characters, including the protagonist, are really brought to life through speech, which single-handedly drives the plot between levels. On top of that, you even get a fluffy Japanese pop song in the intro movie, the likes of which may invoke anything from fear to fury in the uninitiated.

It looks and sounds great, but Shogo raises the philosophical argument as to whether or not flaws within a game are permissible if the developer recognizes them. The fact of the matter is, the game that ships on the CD contains two detrimental defects. First, the enemy artificial intelligence in the game ranges from passable to pathetic. Oftentimes the enemy is entirely oblivious to your presence, such that you can stand clearly within its view yet it won't react at all. Mind you, the game is still perfectly challenging; the designers solved the wrong problem by placing enemies in terribly awkward locations, making the game feel downright foolish at times. Enemy mechs wait around for you all day around corners, right behind doors, and in other such clever hiding places. You'll find yourself getting shot up by surprise repeatedly, yet while these occasions are challenging the first time through, they're something like a chore once you load the game and know what to expect.

And then you've got the fact that the game is basically unfinished as far as multiplayer is concerned, being far too slow or unstable over a typical (or even a fast) Internet connection. But Monolith has already confessed to both these crimes and intends to address each in turn within the next two months. As it stands, Shogo is an attractive, highly stylized, and by and large thoroughly enjoyable single-player game. Its presumably temporary shortcomings will only ruin the game for those players who insist that multiplayer support is a first-person shooter's decisive factor. If, on the other hand, you're looking for the next evolution of first-person shooters, your search ends with Shogo. It may not end up being the best shooter of the year, but that's a testament to just how suddenly and dramatically this genre is improving. 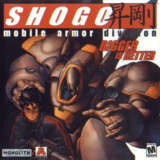 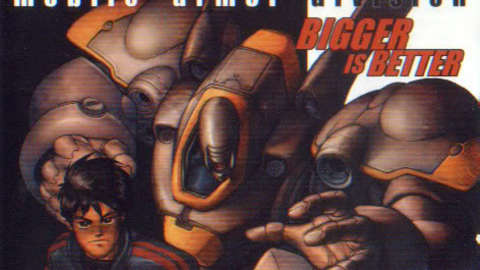