This competent example of the well-worn dungeon-crawling formula lacks the spark of innovation that might have made it something more.

For Shiren the Wanderer, every step matters. And in this dungeon crawler, your every step can be a matter of tactical importance. The turn-based movement and battles make for a challenging game that moves at a very deliberate pace. It also adheres too closely to the gameplay design first established in Rogue in the early '80s and is content to competently reuse that solid-but-tired old model without introducing any significant innovations. The end result is a game that genre diehards will find about as absorbing as the other many games that stick so faithfully to this old formula. Anyone else is unlikely to find anything enticing here.

Shiren the Wanderer's action takes place in a series of randomly generated, abundantly booby-trapped dungeons and is presented from an isometric perspective. You spend most of your time playing as Shiren, and are frequently joined by companions. Unlike most contemporary dungeon crawlers, movement is turn based, both for you and for the many monsters that inhabit these mazes. Your movement takes place on an invisible grid, and the monsters don't move until you move. You won't always be in grave peril, but you need to think carefully about each step you take. And, for the most part, any companions you have with you will do a decent job of fighting or providing support. The biggest issue with your allies is that they often squander useful offensive spells and other items on weak enemies. At any time, you can prevent them from using all items of any given type (all offensive staves, for instance), but it's too bad that you have to forbid them from using these items altogether just to prevent them from wasting them against pushover foes. More nuanced tactical options would be welcome here, given the stiff challenge that awaits.

There are definitely times--particularly during the game's more challenging boss fights--when you will need to plot out your every move. At these times (or at any time you want), you can switch from the standard mode of directly controlling only Shiren to fully controlling all of your characters, taking each step and issuing every action. This is too time consuming to be workable most of the time, but in dangerous moments, you'll want to take complete charge to make sure that your characters are in good positions to attack enemies and support each other. Shiren's female companion Asuka might be able to hit you with a much-needed blast from a recovery staff when your health runs low, for instance, but only if you're positioned directly in one of eight directions from her. Similarly, zapping an enemy with a switch staff will instantly have you trade places with that enemy, which can put you in an advantageous position to flank your foes. The combat is tactical, as well as methodical, and it can be absorbing.

It's also sometimes very difficult, and should you fail, the consequences--at least on the normal difficulty level--are severe. You lose your entire inventory, which can obviously be quite a setback. You can stash items in town that you can grab to help you get back on your feet after such a catastrophe, but you may also find yourself having to spend quite a bit of time replaying easier dungeons you've already completed to rebuild your stock of weapons, scrolls, staves, and herbs. The game never feels unfairly difficult; it's just unforgiving when the time comes to mete out punishment for failure. If taking your lumps by rebuilding your inventory doesn't sound like fun, you can select the easy difficulty, which changes nothing about the game except that it lets you keep your inventory when you die. Even on this setting, you might find yourself trying a dungeon many times before you finally have the gear and the tactical chops to overcome it.

There is a good variety of swords, shields, and other useful equipment to be found as you explore the game's many dungeons. You often need to choose between gear that offers more raw power and gear that offers less power but conveys some other benefit, such as preventing thieving monsters from making off with your hard-earned cash. While part of the game's fun is in experimenting with all this stuff, managing that inventory is more work than fun. You have only 30 slots in your inventory, so even with the help of jars in which you can store several items, you need to make tough decisions about what to carry with you and what to leave behind. You also need to manage the hunger of your party members by eating rice balls periodically. As a result, you need to spend quite a bit of time navigating through bland menu screens. This is one of the many aspects of Shiren the Wanderer that harkens back to earlier days of video games, but some things are better left in the past.

The story isn't the focus of Shiren the Wanderer, but the characters are vivid and frequently humorous. Particularly memorable are Sensei, Shiren's cocky drunkard of an uncle, and Koppa, who isn't wrong when he describes himself as "pretty suave for a talking ferret." There's a mysterious allure to the story, which has Shiren leaping back and forth in time. However, the lack of voice acting and the sometimes tedious amounts of text you'll have to tap through when talking to villagers prevent it from being particularly lively or engrossing.

The visuals--like the gameplay--are adequate but feel dated. The characters are colorful but not terribly detailed, and the environments are bland, lacking any little touches or flourishes that might make the presentation pop. The audio presentation falls even further short of expectations, with no voice acting and tunes that repeat with maddening frequency.

Shiren the Wanderer is a pure dungeon crawler in the vein of the earliest examples of the genre. Like those games, it is slow and unforgiving. If that's your thing, you can enjoy dozens of hours of careful steps through these perilous mazes during the game's story and some even more challenging content that becomes available once the main quest is completed. But don't expect anything you haven't experienced before. This game simultaneously demonstrates that the desire to explore every last inch of a dungeon in pursuit of cool new gear is as absorbing today as in the past, and that as timelessly compelling as that may be, without some sort of new twist or innovation to shake things up, this foundation is starting to show its age. 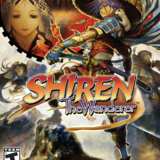