An enemy sentry stands guard in front of a keep. The night is cool and quiet, save for the footsteps he can hear approaching from the right. They seem to be getting closer, but as he stares straight ahead, he sees nothing and decides the coast is clear. The thump of feet landing on the bridge behind him? Probably that fat housecat he keeps seeing around. The boxes tumbling into him from behind? Likely just knocked over by the breeze. Only when he sees the knife protruding from his gut does he think, "Hey, maybe there's a ninja somewhere around here."

Not every enemy in Shinobido 2: Revenge of Zen is this oblivious, but many of them are. As you sneak, jog, sprint, and leap your way through this stealth action game, the rules governing the enemy AI quickly become obvious. They create the sense that you aren't sneaking up on a vigilant foe so much as you are exploiting a system of rules. This drains most encounters of excitement, and when you break into full-on combat, poorly tuned physics make for frustrating fights. Satisfaction from a well-stalked foe or a well-fought enemy rarely occurs, leaving Shinobido 2 with precious little to recommend it.

The setting is feudal Japan, and you are a ninja. The land is swept up in a tense conflict among three warring factions, and you've joined up with a freelance ninja crew to seek revenge for your murdered companion. Each leader sends you contracts to enlist you to his or her cause, and it's up to you to choose which missions to take. You can favor one over the others or play them all off of each other, but it's unlikely you'll care about any of them. They are an uninteresting lot, and the main character's focus on pursuing a hated enemy leaves you without much reason to care about the fate of the region.

The intrigue surrounding your dear friend's death and the eight mysterious mirrors that may or may not grant supernatural powers to her assassin aren't very interesting either, though there are fairly lengthy cutscenes interspersed throughout the game that try to illuminate the story. The colorful character models have a kind of rigid realism, but the lesser characters are homely, and everyone seems to have blocky polygons resting just below the surface of their skin.

The environments also have an archaic feel to them, though they look crisp and clear, as well as communicate a good sense of place. And you'll have an even better sense of each place before too long because Shinobido 2 recycles the same handful of environments frequently. You may embark on a mission to eliminate all enemies from a small compound, only to go back to assassinate a merchant and return again to retrieve a crate of documents. Becoming familiar with each area breeds a mildly gratifying knowledge of the landscape, and it can be fun to maximize your route through hostile territory. However, the repetition of environments saps a lot of the game's momentum, making you feel like you're just treading water and waiting an indeterminate amount of time for things to progress.

The main source of change from mission to mission--aside from rotating objectives--is the enemy placement. Unfortunately, standing in different places doesn't make these fools any smarter. Standard guards of every faction have a strict viewing radius, so if you walk up to them from the side, they won't see you and you can execute a stealth kill with the press of a button. Dropping from rooftops, climbing up next to them, and even knocking boxes over behind them consistently fail to alert them to your presence. This robotic adherence to surveillance parameters wouldn't be so onerous if the level design forced you to be clever, but the wide open areas offer a variety of easy approaches. It almost makes you sorry for taking so many virtual lives, and at the very least, you don't feel like much of a ninja when doing so. On top of all that, there are icons that alert you to their presence before you can see them, giving you even more of an advantage.

Certain enemies are not so easily slaughtered, and you have to be more careful when approaching them because they can hear well and possibly resist your stealth kill. Using your instant kill ability to off them from a distance is a safe bet, provided you've leveled up your meter enough and can nail the simple quick-time event. Or you can strike down from above if you reach an elevated position. Your grappling hook is handy for setting up kills and escaping alerted guards, and the rear touch pad can help you aim it more precisely. Later in the game, you unlock a wingsuit that lets you glide through the air for as long as you've got space, and swooping down on an unsuspecting foe is one of the bright spots in Shinobido 2's action.

If you undertake certain missions or choose not to flee alerted guards, you drop all pretensions of stealth and engage in combat. Slashing with your sword and blocking or dodging an enemy's attacks are all that you need to win, but often it's easier said than done. Though you generally move with a ninja's agility, getting hit can send you tumbling lazily across the ground as gravity seems to temporarily loosen its hold on you. This allows your quick foes to pile on the damage, and it's often difficult to regain your footing. Being helpless isn't fun, but even when you're in control, hacking away with your sword just feels like a desperate last resort that you'd rather not endure.

You can try to streamline these encounters by using items from your vast arsenal, which includes explosives, projectiles, and poisons. Unfortunately, all thrown items are subject to the same floaty gravity as your injured body, so accurate throws are a bit tricky, even with the lock-on mechanic. Still, many of these items are effective, and you can gain more of them through the alchemy system that is laboriously explained throughout seven pages of text and diagrams. While far from engaging, alchemy can generate some helpful potions and bombs to help you get through tough missions, notably the melee-heavy oxcart defenses that bring the finicky physics of open combat to the forefront with disastrous results.

There is certainly some satisfaction to be had in stealthily eliminating a whole camp of enemies, but Shinobido 2 delivers very little of it. Instead, it favors quantity over quality. The reuse of environments and introduction of a second playable character (complete with her own slow-to-improve attributes) can add hours to your play time, but the poor AI and clunky combat will likely turn you off long before then. The appeal of being a ninja is all about vanquishing your foes through superior skills, but when your enemies are this dumb, you just feel like a bully. 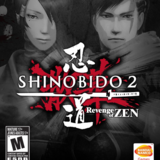 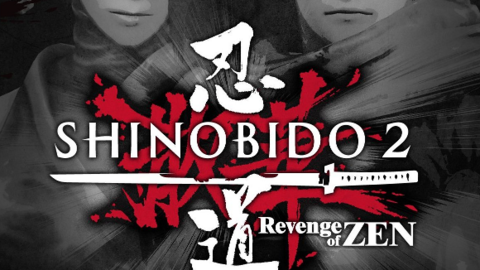 Play as Zen and fight your way through scores of ninja in order to influence the outcome of a war and avenge your friend.