Shining Tears is a decent hack-and-slash fun-fest with many available upgrades, but not that much combat meat to it.

The Shining series finally returns to consoles with Shining Tears, though this game bears no resemblance to the strategy Shining Force titles that many consider synonymous with the name "Shining." Much like the Shining Soul games for the Game Boy Advance, Shining Tears is an action role-playing game whose experience hinges on copious amounts of monster-hacking and a wealth of character ability and equipment upgrades. Considering how rich your upgrade options actually are, it's disappointing that the combat itself falls a bit flat. This is a straightforward hack-and-slash that is saddled with an unnecessary partner system and masses of foes that can be easily killed.

Like other Shining games, Shining Tears takes place in a world of diverse races, rich with elves, wolf-men, winged-bird people, obstinate dwarves, strangely adorable and fluffy giants, and, of course, plenty of humans. One such human, a young man named Xion, appears in the lands of Shildia in a sorry state, wounded and bearing a pair of mysterious rings. Xion has contracted a common case of plot contrivance. He's lost all of his memories except for his name, and it's unknown how he came into possession of the rings, which have potent magical abilities. Known as the Twin Dragon rings, they trigger latent power within the two people who wear them, enabling greatly increased combat ability. This becomes important when peaceful Shildia is threatened by its neighbor, the formerly quiescent Rune Geist empire whose prince has snatched the throne and is now bending all its armed forces to war. Xion joins a small group of mercenaries who are tasked with defending the kingdom, hoping to unravel the reason for Rune Geist's sudden hostilities and to reveal the truth about the young man's past.

The Twin Dragon rings are a bit of a double-edged sword. They grant their wearers great powers, but they also can ultimately corrupt them. Each of Xion's companions has either a light or dark soul, and when he enters combat he assumes the opposite persona in a sort of yin and yang relationship. He becomes a bloodthirsty jerk when paired with a light soul, and a serene, capable warrior when paired with a dark soul. The combat in Shining Tears revolves around two characters. You'll enter battle with a pair and have direct control over one of them (usually Xion) with some limited control over the other, your partner, who by default runs around doing his or her own thing. Xion has his own suite of battle skills to bring to bear, and he can also link with his partner to perform a special attack. For a game that's built so much around fighting with a pair of characters, though, it's surprising how little you ever actually need your partner.

Your foes are arranged in large groups consisting of several minions and a "leader." Most missions involve taking out all the leaders on a given map so that you can proceed. By far the easiest and best way to do this is invariably to take Xion into the midst of the pack and have him let loose with his own abilities while your friend follows along slowly behind you and gradually attacks on his or her own terms. The linked abilities, while powerful, usually depend upon you positioning Xion and the other character in a certain alignment in relation to your foes, which are milling about the map, moving out of range, or busy biting you. For all the tedious set up, the attacks often aren't that much better than Xion's own abilities. Xion can be moved around easily so that he can whack his enemies, and you'll end up mostly ignoring your companion, unless he needs healing.

You can do this because the foes in the game by and large don't present much of a challenge. They wait on the map in large clumps for you to approach and they are easy to dispatch. Ironically, the foes that will give you the most trouble are the ones who keep running away from you instead of the ones that attack you en masse. There are a few "boss" encounters thrown in to keep things interesting, and while these pose a bit more of a threat, they're still easy to take down. This is particularly true when you take upgrades into account.

Your characters will gain experience by defeating foes and earn performance-based bonuses at the end of missions. As you gain levels, you'll also acquire points to distribute. You can use these points to both increase base attributes as well as add points to your skills to make them more powerful. You'll also find items in the world that you can take to a blacksmith or an armorsmith, who will then use those items to temper your blades and imbue your armor with increased stats and special abilities. You can spend a trivial amount of time fighting and then spend a lot of time appraising items you may have found, improving your weapons and armor to grant them magical qualities and balancing your characters' skills. There's so much customization, in fact, that it seems that the combat ultimately takes a backseat to focusing on your characters and chatting it up with the locals while you're in town.

The look of Shining Tears is dominated by lots of well-done character art in the form of expressive portraits, simple environments with a clean, hand-drawn look to them, and small character sprites with sometimes bizarre, exaggerated animations. The details on the sprites can be hard to make out, too, because of the size. The overall look of the game is nice, but you'll probably keep getting the impression that the style would fit better on a handheld screen. The only bits that wouldn't mesh well with a handheld are the game's frequent load times and occasional slowdown when things get crowded onscreen. The sound work delivers a number of airy, catchy tunes that are easy on the ears, as well as some voice that makes a spotty appearance here and there. It's decent enough speech, and while it doesn't add very much to the game, it's certainly not bad enough to the point that you would snap your disc in horror.

The game supports a two-player co-op mode for battles, and while tackling the mobs of enemies isn't more challenging as a team, this mode allows for a much better realization of the linked combat that gets left so far behind in the single-player game. Shining Tears is a decent hack-and-slash fun-fest with many available upgrades, but not that much combat meat to it. If you enjoyed the style of the Shining Soul games for the GBA, you'll be primed and ready for Shining Tears; if you're a Shining Force fan, you'll have to keep waiting for your game to arrive. 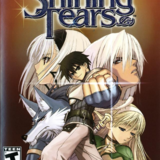 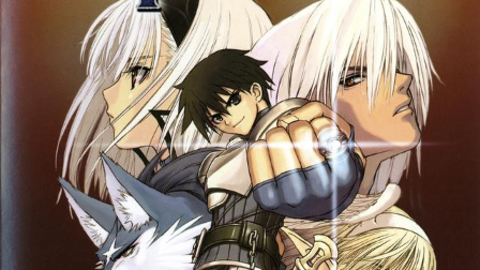 Choose one of eight loyal companions to join you on a fantastic adventure in which you'll uncover your true identity. Empowered with two mysterious rings, both you and your partner can create more than 30 attack combinations, learn more than 100 upgradable skills, and collect various items across more than 70 different battles stages.