Shining Soul II is the kind of dungeon hack that can keep you occupied for a long, long time.

Shining Soul II is everything that Shining Soul should have been. There are eight character classes to choose from (instead of four), hundreds (not dozens) of unique clothing and weapon items to find, 18 huge dungeons to explore (instead of eight), multiple endings to watch, and approximately 40 side quests to complete (whereas the previous game had none). Other improvements include a new, charge-based attack setup, an enhanced fusion system that allows you to combine a wider variety of minerals together to form new weapons, a challenge arena with 10 successively tougher levels, and a monster dictionary that you need to fill up by collecting the cards that monsters leave behind. Variety and customization are what people enjoy about the dungeon crawler genre, and Shining Soul II offers both in abundance.

This latest installment takes place in the Land of Klantol, thousands of years after the events that unfolded in the previous game. An evil sorceress named Dark Angel has unleashed monsters into the world and has put many of the land's heroes under trances. When these former heroes kidnap the princess of Klantol, her father, King Marcel, decides to act. But thanks to the sorceress' spell, there aren't any heroes left to rescue her. The king decides to hold a tournament to elect a new hero, which is where you come in.

The eight different character classes include the four classes from the original Shining Soul, which are warrior, archer, wizard, and dragon, along with four new classes, which are ninja, priestess, brawler, and dark wizard. Each class starts out with different numbers for its initial attributes (strength, dexterity, intelligence, and stamina); each has its own set of skills to learn; and each has limitations placed on what kinds of clothing and weapons it can or can't use. For instance, if you choose to create a priestess or dark wizard, your character won't be able to wear heavy armor, carry a shield, or use swords and axes, since these items are reserved for the warrior and dragon classes. On the other hand, dark wizards and priestesses can use magic staves and spell books that other classes can't. Likewise, there are sets of armor that some classes can use and others can't. What this all boils down to is that the game gives you the opportunity to create a character who's truly unique.

Like its predecessor, Shining Soul II is a dungeon crawler. This means that the point of the game isn't necessarily to reach the end (which you can do) but to fight one monster after another to both earn experience points and gather better equipment for your character to wear. Battles happen in real time. When monsters appear, you can run up to them and attack with the A button, or you can back up to a safe distance and then press the B button to use whatever items you've equipped. One thing that Shining Soul II handles differently from typical RPGs is that it lets you push the start button to bring up the inventory menu without pausing what's going on in the game. Monsters can attack you while you're looking around your inventory, so you need to wait until the coast is clear before changing your equipment. Every time your experience grows by a level, you'll earn four points that you can distribute anyway you like toward your character's attributes, along with a single skill point that you can put toward improving a skill or spell.

Even though the main quest consists of 11 different dungeons, there are seven additional dungeons that you can access by playing through side quests. These extra dungeons aren't that tough to unlock, and once they're added to the map, you can access them anytime you like. After you clear out one floor of a dungeon, you can move on to the next one, and at the end of each dungeon, there's a boss. Some floors have multiple exits or contain treasure chests that aren't obviously accessible on the first go-round. You're allowed to return to any dungeon as often as you want, and you'll probably do so at least a few times to pad your character's levels or to complete a side quest. In general, the dungeons in Shining Soul II are much larger than the ones in Shining Soul. While that game was a 15-hour romp, at best, you can expect to kill 40 or 50 hours in the sequel before your character is at a point where you can comfortably handle the final dungeon.

Repetition is an unavoidable aspect of any dungeon crawler, but Shining Soul II never feels overly tedious--partly because the side quests give you something else to do besides leveling up and also because of the different ways in which the combat setup has been improved. Two of these ways concern how you go about obtaining better weapons. First, there's a comprehensive forging system that allows you to combine minerals (with names like Mithril, Orihalcon, and Scale) into rare and powerful weapons. Many items and weapons that you pick up have an affinity attached to them, such as light, dark, fire, or ice, which causes greater damage to certain monsters. Forged weapons often have strong or multiple affinities. The second improvement to the combat system concerns the use of souls. Souls, in a nutshell, are ghostly monsters that you can summon after you've killed a certain number of enemies. Their attacks fill the screen and typically inflict upwards of 500 points of damage, whereas a regular spell usually only causes 100 to 200 points of damage. In Shining Soul, there were only nine different souls to collect. Shining Soul II offers 37 different souls to find, which gives you more control over the look and feel of your most devastating attack.

Another welcome change to the combat setup is the charge-based attack system. In Shining Soul, all you had to do to attack was to press the A button. Each weapon and spell book had one attack, so combat became boring in a hurry. In Shining Soul II, you can charge up stronger attacks. Tap the button and you'll perform a basic attack. Hold down the button for two seconds and you'll perform a level-one attack. Hold it for four seconds and you'll perform a level-two attack (and you'll consume more spell points). The number of levels each weapon or attack has depends on the number of skill points you put toward it whenever your character gains a level of experience.

Shining Soul II is just fine as a single-player game, but you'll get much more out of it if you find a couple of friends to link up with. The multiplayer mode supports up to four players and offers the same quest and dungeons as the single player mode--although there are some secret floors and puzzles that can only be found and solved by playing with multiple players. The cartridge can store eight characters, which gives you plenty of leeway for creating and maintaining multiple characters for use in the multiplayer mode. The going is a little easier, since fighters and spellcasters can back one another up, but the decrease in difficulty is worth it just for the camaraderie that develops from fighting monsters, gathering loot, and trading items. Thanks to the expanded catalog of items and weapons, there's also a greater chance that you and your friends will want to trade items and cards with one another to complete a set of equipment or to finish the monster dictionary. Whereas the original Shining Soul primarily had players supporting one another, the multiplayer puzzles and trading aspects in Shining Soul II give players the incentive to interact with one another as well.

About the only aspects of the game that haven't improved in the sequel are the graphics and audio. You've seen the same top-down viewpoint and large-headed characters in other RPGs, so Shining Soul II won't blow you away with anything new. The monsters, especially the bosses, are bigger and animate more believably than those in the previous game, but the backgrounds appear to have suffered in the exchange. They're colorful and show off some detail, like leafy forests and flickering torches, but not as often or as obviously as the backgrounds in the original. As for the audio, the music is classically oriented but forgettable, and there are a few weapon and creature effects here and there.

Anyone who's looking for a good dungeon hack on the GBA will likely forgive that the graphics and audio aren't necessarily mind-blowing. Between the available selection of characters, items, and equipment, in addition to the 16 huge dungeons filled with more than 50 different monster types and the approximately 40 different side quests you can embark upon, Shining Soul II is the kind of game that can keep you occupied for a long, long time. 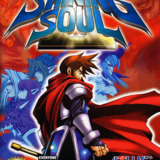 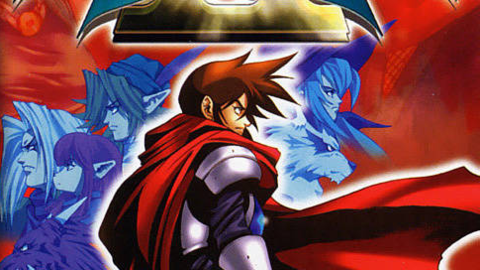 Shining Soul II is the kind of dungeon hack that can keep you occupied for a long, long time.