It's been said before, and it'll have to be said again: Shining Force III is the kind of game that could've given Sega more of a chance had it not come out in the Saturn's beyond-final days.

Shining Wisdom was terrible. Beyond the Beyond was completely pathetic. Shining the Holy Ark was, in my opinion, OK, at best. In the four years since the release of Shining Force II and the demise of the Genesis, Sonic Software Planning has turned out more duds than any self-respecting developer could bear. The first of Shining Force III's three scenarios, however, is a surprising break from the developer's current rut, proving once again that a dying platform can still provide great games.

The Destonia Empire and the Aspinian Republic have always been at odds, but peace was finally within reach. Unfortunately, the evil Bulzome monks and their four leaders have other plans. During a peace summit in the floating city of Saraband, the monks impersonate the Aspinian king and kidnap the Destonian emperor, throwing the world into a bloody war. You control a stalwart band of explorers and seek to stop the Bulzome sect's evil plans and avoid war at all costs. Needless to say, that's easier said than done.

For those familiar with the series, Shining Force III sports virtually the same turn-based gameplay that popularized the series and provided the starting point for so many other games of its ilk. You command a legion of up to 12 warriors, fitting the usual RPG character descriptions - knights are strong attackers but have no magic, archers can attack from a distance but don't hold up in hand-to-hand combat, and mages deal out powerful magic but, up close, make the archers look like masters of hand-to-hand combat. A handful of other unique character types exist but most are variations on the previously established themes. Each character has its own set of stats, all upped occasionally through experience-gained level-ups. Like previous games in the series, you can promote your characters to better classes after they've reached level 20, not only giving the characters a new look in battle, but also faster stat growth rates and new abilities.

At first glance, Shining Force III sounds all too similar to Tactics Ogre or Final Fantasy Tactics. However, there is one major difference: Shining Force III is infinitely more playable. Gone are the Tactics games' defense positioning, elevation or zodiac-determined damage systems, endless stats, and battle factors. While these extra factors are appropriate in the right doses, Shining Force III pleasantly distills the strategy down to the basic positioning and attacking, making for far-shorter and less-tedious battles.

The third game in the series does add a few new features to the mix, but they primarily serve as bonus features for the hard-core gamers. The largest new feature is the friendship system. Should two characters fight against a common foe or provide support for one another in battle, a friendship can develop. When placed next to a friend, characters' stats will temporarily rise based on the characters' respective classes. Knights traditionally lend defense or attack power while a cleric might increase one's chance for critical hits. The more often these advantages are used, the stronger the friendship, and the stat boost grows. Secondly, characters can learn special attacks with their weapons, which can increase their critical-hit damage rating. Finally, many of the game's battlegrounds contain multiple areas to fight in, many of which are secret. For example, finding a map early in the game can give you access to a tomb filled with treasure during a following battle. The tomb will have its own monsters, and you will have to strategically split your party between the two maps in order to win and get the secret items. Shining Force III is a fairly long adventure and, true to the series, is rife with secret characters, weapons, and areas.

Graphically, Shining Force III is an impressive addition to the Saturn's library. While obviously suffering from the 3D problems that plague the system, Shining Force III pulls off an anime-inspired 3D polygonal look that typically isn't pulled off quite this well. You can rotate the camera with the Saturn pad's two shoulder buttons, a feature that actually comes into play during battles and exploration. The 3D environments are basic and somewhat chunky compared with Grandia's superb architecture but are, fortunately, never plagued by Grandia's slowdown. Spell effects are fairly dull and pay too much homage to the effects of Shining the Holy Ark but are not as central a role to the game as, say, Final Fantasy's. More impressive is Shining Force III's surprising attention to audio. The game's music is uncharacteristically good for Sonic Software Planning, and the addition of voices, no matter how poorly acted by Sega's janitorial staff, remain a nice and often-excluded touch. Don't let the poor vocal talent fool you, though - Shining Force III's translation is shockingly good in its own right and is only made better when considering the expected effort level for a dead system's game translation. There's a lot of text in the game, perhaps too much at times, but it's good to see Sega respecting the text as... well, it's generally neglected to do in the past.

It's been said before, and it'll have to be said again: Shining Force III is the kind of game that could've given Sega more of a chance had it not come out in the Saturn's beyond-final days. While the game does come to a close, the overall story still has two more games in it, in the form of Shining Force III, Scenarios 2 and 3. It's unlikely that these two games will reach US soil. RPG fans will welcome Shining Force III with open arms and mourn the probable lack of the second and third scenarios in English. For those less well-versed in strategy games and looking for something a little less trying than Final Fantasy Tactics, Shining Force III is a good bet. 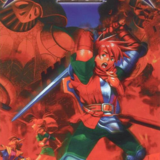