Shin Megami Tensei V may be slow-paced, but its strategic turn-based combat and dark, foreboding atmosphere deliver a challenging and rewarding RPG experience.

Everybody has their bad days. One moment you're walking home from school, and the next thing you know, the class jackass has dragged you and your friends into the Biblical apocalypse while trying to create the next hit viral video. And then you wind up sharing a body with a supernatural warrior, trying to survive among the demonic forces roaming a ruined Tokyo long enough to figure out what the hell is going on.

At least, that's how things go in the world of Shin Megami Tensei V, the latest numbered incarnation in Atlus's long-running RPG series where, once again, Tokyo has found itself at the epicenter of a global demonic apocalypse. Naturally, you're the person who can change the fate of humans and demons alike. Will you fight with the forces of Heaven to spread holy Law across the land, embrace the might and freedom of the forces of Chaos, or walk a neutral path? No matter what choices you make, your journey won't be an easy one--but it will be very rewarding.

You begin Shin Megami Tensei V as a simple student, but it's not long before you're standing amongst a ruined Tokyo, watching angels spiriting away your buddies and being beset upon by supernatural beings. A strange demon offers you his power for protection, and you fuse with him, becoming the Nahobino--a human/demon hybrid with the potential to wield godlike powers. The keyword being "potential," since your life is now hell on earth, quite literally: Almost every single god or demon from humanity's collective belief systems is now running amok in what was once a bustling metropolis. As a result, you'll need to carefully pick your allies and call them to your aid--as well as manage your own abilities--in order to survive in vicious turn-based combat to become the almighty being you are meant to be.

A hallmark of the mainline Shin Megami Tensei series, and a system that has made its way to the Persona offshoot, is the character being able to control demons in battle--and in order to do this, you need to be able to win them over to your side. You have a command to "talk" in every fight, which begins an interaction with one of the demons you're facing. You'll need to figure out what the demons want from you, choose the right dialogue options to pique their interest, and then negotiate their demands for items, money, and sometimes even your life and ability energy. If you succeed, they'll join your gang--but if things turn sour, you might be in for a nasty surprise.

But negotiation isn't always an option, so you'll need to also be prepared for some fierce fights. SMTV's combat is a fierce tug-of-war to attain an advantage: You're rewarded with extra turns for securing critical strikes and hitting enemy weaknesses with extra actions in combat, but if your attacks are blocked or dodged, your turns will evaporate before your eyes. Every turn you can gain is precious, because once the enemy gets an opportunity to strike, they go all in, looking to exploit your team's weak points and gleefully dismantle your strategy. The flow of combat is easy to grasp, but fully utilizing its nuances to secure an upper hand and snatch victory from difficult circumstances is where the fun lies.

You do have an ace up your sleeve in the form of the new Magatsuhi gauge, which fills up over battles and, once full, can be used by any member of the party to generate various effects for a round of battle: for example, giving everyone guaranteed critical hits, guaranteeing your strikes and status ailments land, sending your elemental prowess skyrocketing, or even just firing off an extremely powerful attack that doesn't cost a turn. But enemies can use Magatsuhi powers too, and when they do it can prove absolutely devastating. Every single battle you enter, including ones against the generic enemy mobs roaming the field, has the potential to become a struggle for survival with just one bad decision. It can be an emotional rollercoaster, too: the elation of watching your team rack up successful, weakness-exploiting attack after attack on a tough foe turning to crushing dread when they suddenly dodge and end your combat phase prematurely for a huge counterattack.

The flow of combat is easy to grasp, but fully utilizing its nuances to secure an upper hand and snatch victory from difficult circumstances is where the fun lies ... . Every single battle you enter has the potential to become a struggle for survival with just one bad decision

The best way to prepare for combat lies in another series staple: the ability to fuse two members of your demon army into a new, more powerful being that can inherit the skills of its progenitors. Demons fused in this fashion can learn skills otherwise unavailable to them naturally, and are considerably more powerful than those recruited from the field. Using demon fusion wisely is crucial to making combat-resilient party members with diverse skill sets. SMTV improves the fusion element over previous titles by not only introducing a "reverse fusion" option, which allows you to see the resulting demon and all the potential combinations from your current stock that could create it, but also letting you quickly summon old demons recorded in your Demonic Compendium for reverse fusion. But sometimes even fusion doesn't go quite as planned, leaving you with a “fusion accident” and results you might not expect--for better or worse.

The constant possibility that everything could go pear-shaped in the blink of an eye creates a tense atmosphere throughout Shin Megami Tensei V. When the difference between life and death could lie in whether or not an enemy gets the first strike, exploration is a risk. When basic supplies and demon fusion cost significant amounts of money, but you also need money for battle negotiations and healing, each purchase is important. Every action in SMTV has a weight to it, and that's what makes the game so fun and engaging. But sometimes, luck is just not on your side, and the Nahobino gets blown off the face of the planet with a couple of consecutive enemy attacks, or debilitated with status ailments and unable to do anything useful as your foes tear you apart. And with no autosave and limited save points, you can lose precious progress in an instant if you get too reckless.

There are a few concessions to the player that make the experience a bit less oppressive, though. After a few hours, you'll be given an item that lets you warp to the last save and recovery point with the press of a button--a lifesaver in many situations. You can also make use of "essences," which are one-time-use items containing the skills and affinities of demons that can be applied to the Nahobino or your demonic army to teach them specific skills without having to perform lots of fusions. Essences can also be used to change the Nahobino's elemental resistances and weaknesses, which is crucial when fighting bosses. Finally, there are "Miracles," which are permanent enhancements that grant buffs like increased elemental damage, boosts to the Magatsuhi gauge, fusion bonuses, and increased stocks of skills and demon companions in exchange for Glory points. Glory is a very limited resource, however, so you must choose your enhancements carefully. Using these resources well—assigning skills when needed to exploit current enemy weaknesses, combining upgrades, retreating to heal and regroup strategically—can go a very long way in helping you triumph.

Even with these additions, however, you’ll find yourself up against colossal challenges in Shin Megami Tensei V's brutal boss battles. These battles will put your skills of demon-neutering and weakness-exploitation to a harsh test, and you'll probably get wiped the first (and second, and third) time you face a boss. You'll need the patience and persistence to formulate a rock-solid strategy to get past these battles, which can act as real walls to progress. It can be frustrating, and I suspect some players will simply give up on SMTV at certain points--but when you do best these incredible opponents, the sense of accomplishment is immensely satisfying.

Patience goes a long way in SMTV in general, because the game is a very slow burn. The eerie art direction and the foreboding atmosphere immediately draw you in, and the story, which involves a war between the forces of God and Lucifer, a top-secret organization, bizarre experiments, and a tremendous amount of Eastern and Western religious symbolism, is very intriguing—which makes it a bit of a drag when it doesn’t go anywhere for long stretches. The introductory story beats move along pretty quickly, but once you're merged up and exploring the desert ruins of Tokyo's Minato ward, it's going to be 10-15 hours before you get to the next major plot turning point. There are quite a few instances where critical plot points and character development happen rapidly, followed by a long stretch of exploration and combat before the next big story event. It can be irksome, especially because these sections are so large and similar-looking. The combat and overall atmosphere of SMTV do a lot of heavy lifting in these portions, but they only go so far, and after a few hours in a particularly large, story-light Netherworld region, you'll really wish for a change of scenery.

Shin Megami Tensei V is a game that demands a lot of the player--its slow pace and punishing difficulty will more than likely turn some folks off. But those who stick with it will find an incredibly rewarding experience that only gets better the further in you get. SMTV truly makes you feel like the weight of this crumbling, conflict-torn world of mythological nightmares rests firmly on your shoulders--but it's a burden you'll be glad you chose to bear. 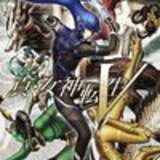 Heidi wouldn’t mind having an army of demons at her beck and call, especially the cats like Neko Shogun and Cait Sith. But she’ll just have to settle for her current pet cat, whom she suspects has some demonic DNA. Heidi spent 50 hours battling through SMT V's dark world on Switch on the default (normal) difficulty. Code was provided by the publisher. 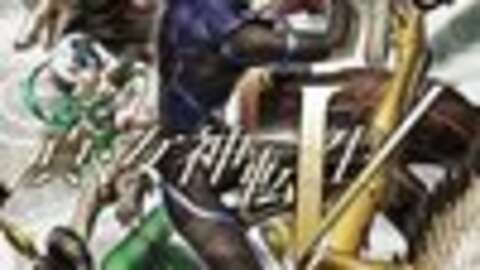