This decidedly old-school role-playing game got a fresh coat of paint but not the complete overhaul it needed.

From the very beginning, the Persona series has blended traditional dungeon-crawling with stories steeped in philosophical thoughts on identity and sense of self. Following the breakout successes of Persona 3 and 4, developer Atlus has remade the progenitor of the series--released on the original PlayStation back in 1996--for the PSP to give it a second chance. Though Shin Megami Tensei: Persona boasts an expanded soundtrack, a redesigned interface, new animated cutscenes, and a vastly improved localization, its unapologetically old-school gameplay mechanics and sensibilities make it a relic of the past that simply can't keep up with today's standards. Even the most hardcore of Persona aficionados should carefully consider this purchase: Unless you're a huge fan of repetitive combat and endless dungeon-crawling, this is not the game for you.

After a seemingly harmless game grants the silent protagonist and his high school friends the ability to summon manifestations of their inner-selves called "personae," they become central players in a struggle of good and evil and must confront and conquer their own inner demons. In the main story branch, the team members battle the head of a sinister corporation to save their world from his nihilistic agenda--pretty much your standard story but embellished with some interesting philosophical musing on the nature of man. However, you also have the option of choosing a different path: by following a specific series of steps, you can activate the infamous "Snow Queen" quest that was cut from the original US release for a completely different story.

Though Persona features a number of 3rd person isometric rooms and a redesigned city map that you travel on from one location to the next, the vast majority of the game consists of first-person dungeon-crawling through mazelike labyrinths. Each of the dungeons has its own visual theme, but time hasn't been kind to the graphics of Persona, and walking through a multifloor maze where everything looks the same gets boring fast. When you're not navigating the twisted turns of these mazes, you spend most of your time in combat, thanks to the ridiculously high random-encounter rate.

In most fights, you summon your personae to do battle with a multitude of demons. However, unlike most RPGs, Shin Megami Tensei: Persona gives you the choice to converse with your enemies for a variety of results. Each of your party members has four conversation options, ranging from flattering your foes to singing for them, which affects enemies differently depending on their personality traits. A timid enemy may be easily frightened away, for example, while a demoness may be open to flirty stares. If your negotiations are favorable, you may even be able to earn an enemy's spell card, which can be used to create additional personae. Unfortunately, the novelty of parlaying with your enemies wears thin quickly. Outside of earning spell cards, it's not a particularly useful feature as the frequency of battle negates the benefit of making your enemies leave peacefully.

Talking isn't always an option, though, and when it comes to fallback plans, you can rely on plenty of other things. Each character has a melee weapon and a firearm, and each can summon up to three personae to cast a spell. Attacks and spells have different ranges or areas of affect. As such, it's important to carefully consider the formation that your party appears in, which can be adjusted within or outside of combat. No matter how you choose to fight, though, battles are extremely slow-paced--even if you turn off personae-summoning animations (almost a necessity to make battles bearable)--which makes combat tedious and incredibly frustrating. Even more maddening is the fact that each of your party members earns experience based on his or her contributions in combat, meaning that unless you micromanage the battlefield at all times, your party will level up unevenly and require even more attention just to balance things out again.

In the few moments you're not exploring dungeons or on your way to one, there's not really much to do. You can shop for new equipment or items in the mall, fuse new personae in the Velvet Room, or play one of several gambling games in the Judgement 1999 casino. As with the dungeons, these locations feature dull, unattractive graphics that fail to dazzle. Where the visuals do shine is in the all-new cel-shaded cutscenes and on the redesigned city map, but for a game that offers several dozen hours of gameplay, you unfortunately spend little time seeing these portions.

Shin Megami Tensei: Persona is, by modern RPG standards, a remnant of the past that simply can't stand up to today's offerings. Even with the multitude of enhancements that have been made to the original PlayStation release, it is still a fundamentally flawed experience. Even the most dedicated of Persona fans (especially those expecting something similar to Persona 3 or 4) should think twice about playing this, because of its monotonous dungeon-crawling and insipid battle system. 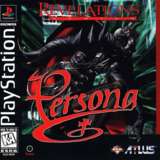 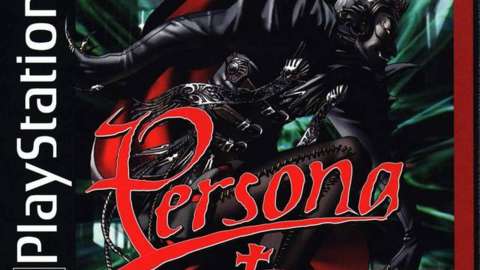 Altus' Persona for the PlayStation easily qualifies as a sleeper hit.