Late last year, Atlus completely reinvented its Persona series, a spin-off from the relatively niche Shin Megami Tensei franchise, and brought its third entry to the US after seven years of retirement. With its unconventional yet addictive blend of dungeon-crawling action and social simulation, it quickly garnered accolades from all directions. A year later, Persona has returned with a sequel that not only builds upon but greatly improves the quirky formula that made its predecessor so successful, and with its unique take on the murder mystery and its realistic characters, it proves once again that the PlayStation 2 isn't quite as dead as you may think.

Persona 4 begins when your main character--a silent protagonist whom you name--is sent to live with his uncle in the sleepy village of Inaba. After experiencing some difficulty adjusting to your new school life thanks to a nightmarish homeroom teacher, you make fast friends with Yosuke, another big-city transplant like yourself; Yukiko, the daughter of a family famous for running a traditional local inn; and Chie, a hyperactive girl obsessed with martial arts movies. Things seem to be going well, until one morning shortly after your arrival an unnaturally thick fog sets in and leaves behind a body hung upside down from a power line. With the local police seemingly unable to even determine a cause of death, and faith in them waning thanks to a second, eerily similar case, you discover that you may be the only person who can put an end to the killings. For some reason, you possess the ability to travel into the Midnight Channel--a rumored show said to appear and reveal your soul mate if you stare into a TV on a rainy night--where victims are trapped before they meet their fatal end, and provided you make it in time, you can set them free and thwart the killer.

It is there, inside the Midnight Channel, that you discover your second power, the ability to summon forth personae--reflections of your true self aligned with one of the major arcana of the tarot deck. With this innate talent, you can defeat the monstrous shadows that roam the TV world and help your friends to confront their own inner shadows, allowing them to unleash their own personae. Together, you investigate a series of dungeons crafted around the victims' insecurities or darkest fears, which range from the mundane (a castle for a princess waiting for a prince to take her away) to the retro (an 8-bit game complete with pixelated fire) to the twisted (a men's bathhouse for a young teenage punk unsure of his sexuality). Each dungeon is randomly generated, but unlike the 200+ floor Tartarus from Persona 3, they tend to be only about a dozen floors deep, keeping them fresher and more interesting. You no longer have to worry about your party becoming fatigued, and you can explore to your heart's content, though you will often find that the rarity of spirit (magic) point restoring items will limit the amount of progress you can make in a single trip.

Like its predecessor, Persona 4 takes place over the course of a complete year that you work your way though one day at a time, but unlike in previous Shin Megami Tensei games, major events are not tied to the moon phases. Instead, your investigations into the Midnight Channel are ruled by the weather--occasionally someone will be trapped inside, and if you don't rescue that person by the time the fog returns after a heavy rainfall, he or she will die, forcing you to restart. It's not all about dungeon crawling though, because you must balance your secret life as a supernatural detective with your everyday existence as a student. Friendships and relationships need to be forged and maintained because your ability to create new personae is limited by the strength of these bonds, called social links. By spending time with a friend or love interest in often hilarious or touching events, you can strengthen your social links--which are tied to an arcana as personae are--and you can unlock new powers in allies such as the ability to defend you from a mortal attack in combat. On top of that, you also need to worry about your own personal growth--your character has five attributes that can affect everything from how well you do in your tests to whether you have the guts to ask that cute girl for her phone number. Luckily, there are plenty of ways to raise these skills, such as studying in the library, reading a book, attending school clubs, or even working part-time jobs for extra cash and social links. Just be sure to keep an eye on the weather reports, because your time is limited.

Fans of Persona 3's battle system will be pleased to know that it is almost entirely intact with several tweaks and improvements. Shadows still appear as amorphous blobs when you're running around a dungeon, and combat is initiated by either making physical contact or attacking them with your weapon. Attacks are divided into seven types, which both you and your enemies are weak against to some degree, and striking a shadow's weak spot will knock it down and award you with another turn. Downed enemies can be struck again to beat them dizzy and cost them a turn, and if they're all knocked down, your party can bum-rush them in an all-out attack for massive damage. Enemy weaknesses can be discovered only by trial and error, and though you've always got an ally on support to keep track of the ones you've already found for later reference, you still have to deal with their annoyingly obvious narration of your fights. Two other notable changes are the absence of the controversial pistol-like evokers used to summon personae via mock suicide (your inner self is evoked by shattering a tarot card this time) and your ability to directly control party member actions rather than being forced to rely on their AI behaviors. While the former is purely aesthetic, the latter is perhaps the best change to occur in the game because your teammates will sometimes perform inexplicable (and inappropriate) deeds in the middle of a heated fight if left to their own devices.

Visually, Persona 4 shares a number of similarities with its predecessor, including a realistic modern-day setting, an outrageously stylish presentation, and, unfortunately, a lot of reused art assets and a poor camera system that makes navigating the twists and turns of dungeons difficult. The music is heavily inspired by J-pop and J-rock and is extremely catchy, so despite the number of times you may hear the battle theme throughout your entire journey, it never gets old. The majority of the game is voice-acted by a mostly stellar cast, though there are some awkward stretches of text in social-link events and side quests that for whatever reason do not have spoken dialogue, even though some of it does.

Shin Megami Tensei: Persona 4 is an excellent sequel that builds upon an already successful formula by improving it in nearly every way. With a down-to-earth cast of likable characters, an intriguing story further realizes its cast by highlighting their psychological complexities and making them seem that much more real, and an engaging and fun combat system, it's sure to keep your attention for the duration. Whether you're a fan of the dark and bizarre Shin Megami Tensei series or a first time shadow fighter, Persona 4 is a superb role-playing adventure with something to offer to everyone. 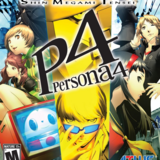 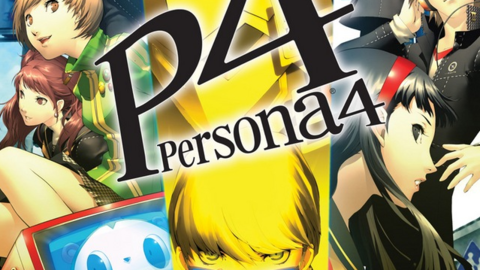