This is the definitive version of 2007's best role-playing game.

Memento Mori. That Latin phrase can be translated a few different ways, but the best version goes thusly: Remember that you are mortal. Those ancient words cross the screen during Persona 3: FES's introduction cinematic, and they set a properly mature tone for the deep and engaging role-playing that the game offers. FES is an expanded edition of last year's intense Persona 3, complete with a long new episode, dozens of new quests, and an impressive amount of other new content. However, this isn't just your standard collectors-edition fare. The extras in FES expand and deepen the core game, and the new episode, though disappointing, adds a good 30 hours of gameplay to an already-lengthy experience. This is the best way to play last year's finest RPG, and if the original release's short supply is any indication, you should grab a copy quickly before the game disappears from store shelves entirely.

The core Persona 3 experience, titled "The Journey" in FES, revolves around the player character, a sullen young protagonist new to Gekkoukan High School. Although most teens need no reasonable excuse to power their adolescent angst, your own character witnesses events that would make most of us question our sanity. Every day at midnight, citizens get locked into coffins, and dark creatures roam the streets during a hidden hour that the public isn't privy to. As it turns out, you're not the only individual aware of this aptly named "dark hour." A group of students called the Specialized Extracurricular Execution Squad pulls you into its embrace, and the group fights to rid the city of its scourge--and hopefully the spread of a mental illness called Apathy Syndrome along with it.

Having to endure the dark hour may be a curse, but you and your classmates are blessed with the ability to summon personae, which are fantastical representations of your inner beings. Unlike your peers, you can summon multiple personae, though you all perform the same shocking action to call them forth: pulling out a pistol-like instrument called an evoker, pointing it at your head, and pulling the trigger. This sets the surprisingly somber tone for a compelling gameplay experience that weaves the mundane travails of academic life into the entertaining eeriness of the dark hour. For details on these mechanics, please refer to our review of Persona 3's original release.

The main addition to this impressive package is that of a new chapter called The Answer that takes place after the events of The Journey. Here, you take control of the robotic Aigis, who is struggling to make sense of the dramatic events that ended the school year. She and the members of the SEES find themselves trapped in the dorm in a Persona-style version of Groundhog Day, forced to repeat March 31 over and over. The teens are joined by another android named Metis that claims to be Aigis' sister. Thus the stage is set for a straightforward dungeon crawl that eliminates the academic sim gameplay and social links altogether, and focuses almost entirely on combat. Even the persona compendium is eliminated from the new episode.

Losing a large chunk of the core gameplay makes the new chapter less interesting to play than the main story, though the additional narrative should satisfy Persona 3 fans looking for a little more closure. You aren't exploring Tartarus this time, but you might as well be; the dungeons are all structured exactly the same way as before, and you won't get the occasionally different battle environments that The Journey offers. That said, the combat model is still strong enough to carry the new chapter, particularly because the level of difficulty has been increased. The challenge seems more or less the same in standard encounters, but even with some grinding, the boss battles feel tougher. Furthermore, you may find yourself using certain items (magic mirrors are infinitely helpful) and support spells during those fights that you may never have needed in the original version of Persona 3. The postbattle card shuffling is more challenging, too, with cards flying off the screen and then flitting back on. Don't let the added flurry of activity confuse you, though: It takes a keener eye, but you can still usually track the card you desire once you get used to the patterns.

Other additions and changes span both episodes, though The Journey benefits from the enhancements more than The Answer does. A new social link has been added, there are dozens of new quests, and 23 new beautifully designed personae are available, from the suitably named Mothman to the slinky Empusa (and really, it never gets old hearing Aigis call forth her winged companion). There are countless other adjustments, and many of them will tempt veterans to check out the new version. Test questions are different, you can now level up skills by visiting the local arcade, and you can even take pet and party member Koromaru out for a walk. You can also fuse personae to create weapons, which is an entirely new feature. And if you finished Persona 3 and want a real challenge, you can use your saved game data to access hard mode--and indeed, this mode is much more difficult than the normal difficulty setting.

The disappointing new chapter notwithstanding, Persona 3: FES is a wonderfully enhanced version of an already-great RPG. The gameplay has been deepened, broadened, and lengthened, yet the game sells for a discounted price, which makes FES a bona fide steal--even if you already played last year's release. 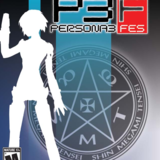 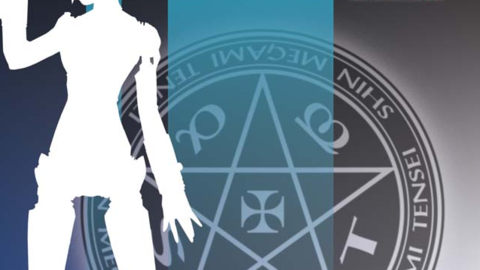 Adventure with a group of high school students through a treacherous tower filled with monsters, and deal with the aftermath of an epic battle.