The newest installment in the Shin Megami Tensei series has repetitive battles and a slow-rolling narrative, but its fascinating premise makes it worth a look.

Atlus returns us to demon-filled Japan in Shin Megami Tensei: Devil Summoner - Raidou Kuzunoha vs. the Soulless Army. Much like previous games in the franchise, this installment focuses gameplay around demon summoning and enhancement, but this time it's all wrapped up in a new action-based battle system. The result has some balance and pacing issues that serve to detract from the experience, but Devil Summoner's dark and intriguing premise still makes for an interesting ride into demonic fantasy.

The Shin Megami Tensei series' love of the occult provides yet another twisted world inhabited by both man and demon--only this time, the world is that of early 20th century Japan, where tradition and Western influences collide. The game kicks off with a mysterious young teenager being coached through demon-summoning techniques at a remote shrine. After he completes a set of basic tests where he captures and controls the monsters and then uses them to fight successfully, he is allowed to take the name of his summoner ancestors: Raidou Kuzunoha (he's the 14th). Raidou's a precocious lad, combining his sacred duty of watching over the demon and human denizens of Japan's capital city with a job at a hole-in-the-wall detective agency. Business is slow, but then a young customer by the name of Kaya Daidouji dials in and asks the detective to meet her at a bridge in town. As it turns out, her request is less along the lines of "help me solve a mystery" and more along the lines of "please kill me before my 16th birthday." Before our confused detective can even react, a group of red-clad soldiers kidnap the girl right in front of his eyes, and the adventure unrolls from there.

While the unique storyline presents a number of threads that beg for resolution, the story itself gets off to a somewhat awkward start. Raidou himself is introduced with hardly any background at all, and conversations with the supporting cast are light and without much depth. The detective agency's mellow and lackadaisical owner, Narumi; the determined lady journalist, Tae Asakura; and even Raidou's companion black cat, the talkative Gouto, start out on the flat side. The story does pick up as the game progresses, but the slow start is accentuated by how much combat this game throws at you, which is quite a bit.

As soon as you start the game, you'll be patrolling the streets of the capital for clues, making your way past kimono-clad women as well as the occasional suit and top hat. Since something's stirring up the demon activity, though, demons are absolutely everywhere. The random-encounter rate in Devil Summoner is almost ridiculously high, and you'll be fighting everywhere you go except inside shops. Since the game bases combat and puzzle-solving around you having access to demons of various types, having ready supplies of demons to capture can be helpful, but having to fight every few steps wherever you go is a high price to pay for that sort of convenience. You can purchase an item to lessen your run-ins with monsters, but it's an expense in a game where currency has to be managed to cover necessities.

Monster battles take place in a square field where both you and any demon companion you have summoned may move about freely. Raidou has both a pistol and a katana at his disposal, with the long-range bullets having the advantage of momentarily stunning an opponent (but doing little damage) while sword strikes are more powerful and can be chained for multiple hits up close. Since you can move all around the battlefield, this means that you can avoid some enemy attacks by changing position or moving away, which is helpful, although Raidou seems a little slow on his feet. You'll start off with a number of "tubes" that may be used to confine demons that you meet out in the field. Most every demon you run into can be captured, and once you've snagged one, you can both summon it in battle and have it follow you around town.

Summoning a demon in battle lets it fight with you, and demons have a range of abilities they can use to help, such as powerful melee attacks, as well as healing and damage spells. Most of the time the demon will run around and attack of its own volition, though you can assign it commands directly, as well as ask it to perform simple behaviors, like conserving magical powers or concentrating on healing you. These commands all work well. Each demon comes with a number of elemental affinities and weaknesses, so fire demons will be vulnerable to ice spells and so forth. When a demon is struck by its vulnerability, it'll be weakened and unable to move. Plus, damage done to it will be greatly increased, so you'll have to make sure you have the proper creature for a given fight. You can change the monster you have summoned on the fly, though, so it's easy enough to swap one out if you need to. You can also press the L1 shoulder button to warp your summon to Raidou's location in the field to help it avoid nasty attacks. However, what goes for your demons is also true for your enemies', and using attacks that correspond to your enemies' weakness will lay them open to your attacks or make them vulnerable to your capture attempts.

Demons are also important out on the field. Each demon belongs to an "order," which is a type that has very specific abilities. For example, a pagan-order demon has the ability to read minds, while a frost-order demon has the "chill out" command, which can be used to calm people down or freeze a body of water. You'll need these abilities to progress, and when you need a particular type of demon, Gouto will usually pipe up and tell you. If you don't happen to have a demon of that certain type, you'll have to go out and recruit one, which might involve some backtracking through multiple battles.

If you don't want to go hunt a specific demon type out, you can always try to create your own through fusion. The enigmatic Dr. Victor runs a demon-fusion laboratory under the capital's item shop, and there you'll be able to choose from a number of options. Simple fusion involves taking two demons and combining them to form a third; sacrifice lets you take one demon and transfer some of its abilities to a second demon; and forge takes a demon and fuses it to your sword, which will increase its attack power and sometimes affect Raidou's stats. Some demons can only be acquired through fusion, and most of the time you're able to see what the end result of your fusion will be so you can mix and match. Recruiting and fusing demons to augment yourself and create your most powerful allies is a major part of Devil Summoner, and it's handled very well--the interface is easy to use and there's certainly always a ready supply of demons to recruit for fusion fodder.

Each demon has a loyalty meter once it's captured that you can fill either by using that demon in battle or giving it a special item. Once the loyalty meter is full, you won't earn any more loyalty unless you switch to another demon with a bar that isn't maxed out. You'll want to keep earning loyalty, as that will make your standing among devil summoners rise and you'll be able to hold more captured demons at a time.

The game benefits from series artist Kazuma Kaneko's bold and distinctive designs, though the three-dimensional character models for the human characters are low in detail. The demons steal the show by far, whether it be a grinning imp in a floating urn, an angel whose wings are formed by her fanned-out hair, or any number of two-headed demon dogs, giant crabs with monstrous human heads, and demon matryoshka dolls with fangs painted on their faces. The different areas of the capital and elsewhere that you visit have nicely detailed backgrounds and buildings to give each area its own flavor. There's no voice acting to be found, but the story works fine through text dialogue, and the music serves to set the mood nicely in darker areas, though tunes in town loop over and over and can grate on the nerves. Each demon type also has its own special noises that it makes, and the assorted chirps and growls further help to define them.

The game fills out more than 30 hours of content with the main narrative, a side dungeon, hidden items to gather, and innumerable demons to recruit. Matters unfold over a dozen story chapters, though some chapters are much shorter than others, and all are punctuated by a lot of random fighting. The game's major bosses are quite punishing, and you'll need to make sure you keep a variety of demons on hand with different elemental strengths and weaknesses so you don't end up relying on a companion that's going to get mowed down because a particular boss uses all ice attacks and your favorite demon is fire based. Once you finish, you can start a new game file that gives you access to costumes and some other features and items not found in your first run through.

Shin Megami Tensei: Devil Summoner - Raidou Kuzunoha vs. the Soulless Army definitely delivers on the unique storyline front, serving up a dark narrative filled with a variety of personable and powerful demons to recruit, control, and fuse. It's also filled with numerous random battles and storytelling that sometimes comes up flat. However, Shin Megami Tensei lovers and other role-playing fans can still enjoy the crazy ride, even if it's not as polished as previous games in the series. 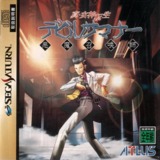 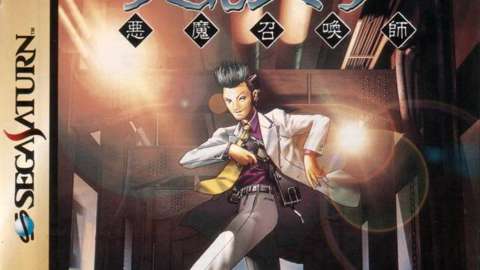 Shin Megami Tensei: Devil Summoner is a role-playing game for the PS2.