While Shenmue II for the Xbox is a solid game that offers some improvements on the Dreamcast version, it will mostly appeal to die-hard fans of the original.

Released in 2000, Sega's Shenmue was arguably the company's most ambitious project at the time. The brainchild of Yu Suzuki (best known for creating the Virtua Fighter series), the game set out to provide an entirely new type of gaming experience by combining elements of fighting games and adventure role-playing games in a realistic, clockwork world. Set in Hong Kong during the '80s, Shenmue told the story of a Japanese man named Ryo who journeys abroad to avenge his father's murder. Shenmue wasn't a commercial success in this country, and its unusual design met with a mixed response, but the game was certainly a showcase for the Dreamcast's technical abilities. A subsequent sequel continued the story and addressed some of the original game's shortcomings, but unfortunately, Shenmue II, which was released a year later in Japan and Europe, never found its way to the US. That is, until now, as Microsoft has secured the exclusive North American rights to the game and ported it to the Xbox. Given the promise of a marriage between Sega's most ambitious franchise and the most powerful console on the market, the expectations for this game have been running very high. However, the end result doesn't quite live up to those expectations--for one thing, it's easy to tell that Shenmue II was originally a Dreamcast game, since its technical aspects aren't nearly as impressive now as Shenmue's were in 2000. And while Shenmue II for the Xbox is a solid game that offers some improvements on the Dreamcast version, it will mostly appeal to die-hard fans of the original.

In Shenmue II, Ryo's quest to track down his father's murderer, a mysterious man called Lan Di, serves as the story's driving force. Ryo's investigation into his father's death has involved him in a greater mystery revolving around two ancient artifacts (the phoenix and dragon mirrors) and an old prophecy. At the end of the original Shenmue, Ryo's search had led him to set off for China, hot on the trail of Lan Di and in search of the truth behind his father's murder and its tie to the phoenix mirror. Shenmue II picks up where the first game ended, with the opening sequence showing Ryo's freighter pulling into a Hong Kong harbor. You'll take control of Ryo as he steps off the ship. Armed with only an address and the name of a friendly contact, Ryo sets off on a quest chock-full of plot twists that will send him throughout China. If getting a handle on the story seems a bit daunting at first, don't fret--the game provides you with two primers. The first is an in-game "Shenmue Movie" that sums up the main events from the first game in a few minutes, and the second is a much longer summary in the form of "Shenmue the Movie," a DVD packaged with the game.

Shenmue II's gameplay offers as much variety as its story, combining many different gameplay styles culled from a wide range of genres. At its core, the game is basically a hybrid of traditional RPG and action RPG elements--you'll find that standard exploration, puzzle solving, and character interaction will make up a large part of your time with the game. However, you'll also find fighting sequences that use a simplified Virtua Fighter-style fighting system, numerous minigames, and quick time events (QTEs), which are timed sequences that require you to quickly match onscreen commands with controller inputs, much like in the classic arcade game Dragon's Lair. While its main structure is linear, Shenmue II is extremely open-ended in terms of your options. Your main focus is always Ryo's search for information on his father's death, but you'll also find a wealth of diversions, mostly in the form of the minigames. In some cases, the minigames are essential to the main quest, such as working jobs or gambling to earn money in order to progress. However, you'll also be able to take a break from the high-stress vengeance-seeking lifestyle and play near-perfect ports of classic arcade games such as Space Harrier, Outrun, and Afterburner II, which you'll come across in your travels. You'll even be able to do some shopping and spend your hard-earned cash in vending machines bearing assorted toys or on a variety of goods from street vendors.

If you've played the original Shenmue, you're likely to be pleasantly surprised by how much Shenmue II improves on the original's gameplay. The pacing has been considerably tightened, as has the storytelling. If you're lost in one of the game's large environments, talking with one of the locals will often result in that character guiding you exactly to where you need to go. In instances where you'll have to meet someone or go to a location at a specific time, you'll have the option to fast-forwarding time and/or warping to a certain location, to minimize the amount of pointless waiting around you have to do. You'll still be able to roam and pass the time sightseeing if you like, but the new option helps keep the game from getting dull.

Another gameplay tweak can be found in the game's QTEs, which are better this time around. In the first Shenmue, you were forced to repeat an entire QTE sequence if you made too many mistakes. That's sometimes true in the sequel, but you'll also encounter two variations. The first changes on the fly if you make mistakes, allowing you to pick up the action later. For example, in the beginning of the game, you find yourself chasing a boy through the pier area in Aberdeen. The QTE will end if you make too many mistakes, and you'll find yourself back in the normal game. If you explore a bit, you'll find the boy again and continue the QTE. The other variation usually takes place during an action sequence--you'll see the action freeze for a moment while a set of commands flashes onscreen, and you'll have a split second to enter the commands. You'll also find some welcome tweaks in the game's controls and interface. The onscreen interface now shows the outlines of the Xbox face buttons, which have their context-sensitive uses, such as opening a door or talking to someone, overlaid on them according to the situation. You'll also be able to purchase maps of many of the areas you'll explore, and you'll be able to display them onscreen to help you get around. One of the nice touches is the ability to mark an area on the map, which will help you find people or places again. None of these things will be new to you if you've already played the European or Japanese Dreamcast versions of Shenmue II. But they're good enhancements to the first game.

While the fact that the gameplay in Shenmue II stays true to that of its Dreamcast counterpart is definite plus, it's unfortunate that the game's presentation does the same. The game's graphics are an improvement on the Dreamcast version's graphics, but they're disappointing nonetheless. One of the most impressive aspects of the game on Sega's system was how far it pushed the hardware in order to display the high amount of detail in the characters and the massive environments. While Xbox version retains everything seen in the Dreamcast game and tosses in improved lighting, as well as an improved character model for Ryo, the visuals are far less impressive overall. Many of the game's characters look blocky, and textures that might have looked good on the Dreamcast are far less flattering, and sometimes downright bad, on the Xbox. The visuals are also brought down by some of the same fade-in seen in the Dreamcast game and some instances of slowdown. The impact of the game's impressively framed and executed real-time cutscenes is lessened as a result of all this.

However, the weakest aspect of the game's presentation is its audio, which is jarringly uneven. The game's score is as impressive as ever, featuring a great collection of music that does an excellent job of setting the tone and lending a distinct atmosphere to the various locales you'll find yourself in. The score is especially notable during the cutscenes, which feature Dolby 5.1 surround. But that great music is overshadowed by the consistently lifeless or poorly done voice acting. When even the main character sounds bored and disinterested during the game, you know there's trouble ahead.

As mentioned, some Xbox-exclusive extras have been added to the game, but, aside from the Dolby 5.1 support in the cutscenes, they don't really amount to much. The controller's white button will let you cycle through five filters, such as a sepia and black-and-white tones, that will let you change the game's graphics on the fly. The black button will let you take "snapshots" at any point during the game, and you can save these pictures to the Xbox hard drive. While they're nice touches, these things won't really enhance your gameplay experience in any significant manner.

Ultimately, a variety of factors prevent Shenmue II from living up to its expectations. The Dreamcast game pushed the Power VR chipset in the console to its limits and beyond to churn out some of the finest visuals seen at the time, which contributed greatly to the game's impact on that system. On the other hand, the uneven graphical and audio presentation of the Xbox version don't do much to make a case for the console's proven graphical muscle. The inconsistencies in the audio further detract from experience, sending you to the options screen to turn off the character's voice rather than pulling you into the game. Though, despite these and other shortcomings, Shenmue II's gameplay and story still make for a solid game, especially considering the absence of anything quite like it for the system. So while the journey to the Xbox may have tarnished the experience to a certain degree, there is still a good, atmospheric game with a strong story to be found in Shenmue II if you're open to it. 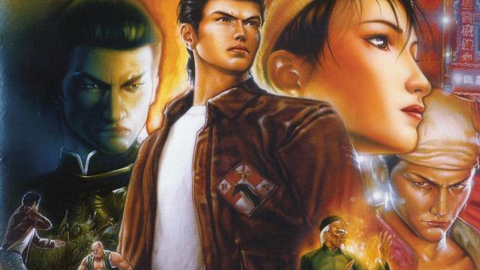 IMPORT: It's a polished game that serves as a showcase for the DC and the evolution of the RPG genre, and fans should definitely find a way to play it.

Teen
Gambling, Use of Alcohol, Violence