The circle of life.

Nothing is ever so frustrating as watching a good idea go to waste. Well, the original Shelter wasn't necessarily a waste so much as a wonderful idea that felt hamstrung by playing it safe. You played as a mother badger just trying to feed her kids and keep them alive through a host of natural dangers. The game's problems were its linearity and short length. There was no room for improvisation or exploration in Shelter. It was the Disney World on-rails version of what it was like to be prey in a world full of predators. And yet, it's an idea we don't see enough of, especially in the wake of something like Goat Simulator, which aims for humor rather than the simple, silent drama that is nature doing its thing. In addition, Shelter had a unique art style, that looked like the whole thing took place on a quilt that someone built a papercraft forest on, while gentle string instruments provided the score. It had a National Geographic Presents: Tearaway vibe that caught the eyes and ears. It was an idea that had room to grow.

Shelter 2 would seem to have everything that the first game needed to be something special. The art design and musical motifs set by the first game remain the same. However, Shelter 2 has you playing as a lynx, which places you smack dab in the middle of the food chain, meaning you can be both predator or prey at any given moment. After the game's intro, where a mother lynx gives birth to four adorable cubs, instead of being blatantly urged on down a grassy corridor, you're set loose on a huge, forested open world to hunt for food to bring back to your mewling brood until they're grown enough to follow you out.

It's still a simple, functional set of mechanics powering the game. One button runs, as long as you have the stamina to do so; one button bites and roars to call your brood to you; and one button allows you to sniff the air and see prey highlighted in red in front of you if you hold it, and allows you to eat and drink if you just tap it. If you do break into a sprint, there's a button that allows you to leap. There's a map that works in an abstract sense, where blank space fills out with a sort of aboriginal representation of the terrain as you travel.

Life as a lynx primarily involves stalking prey and making sure all your cubs stay fed, Periodic title cards, representing this game's stages, come up over time explaining the lifecycle of your brood from clumsy cubs to lithe, confident teenagers who chase down prey on their own during your journey. Finally, your fully grown progeny splits entirely from you, their mother, leaving you to return to the original den on your own. Despite the open world, there's really only one other thing to do besides eat in this game, and that's follow the marks in your sniffing mode, telling you where the next area is, meaning once again, Shelter is a walking and eating simulator, with very little to break the cycle. You can pick which direction you can start out in, but all it does is bring you through the same areas in a different direction.

The new challenges come mostly from your food. Unlike the first game, your prey is very much alive, and it is literally fast food. There's no targeting button. There's no button allowing your lynx to stalk through underbrush, though the game will inconsistently do it for you if you get close enough, and if there are bushes in the terrain, you can use them for stealth as well. Most of the time, however, you're just breaking into a sprint, and hoping your meal doesn't outrun you or take a sudden, sharp left turn to where you can't track them. Bigger prey like deer show themselves early on, and smaller animals involve just taking a swipe as you get close; bigger animals require a full on leaping takedown, which is probably the most fun part of the game, but it happens infrequently. The placement of prey appears to be randomized each playthrough, meaning the frozen lake where the deer are drinking in one playthrough may be a barren, foodless waste of time the next.

Therein lies most of the tension in Shelter 2. The open world allows the mother and her brood to traverse the landscape in whatever pattern they wish, and while it means there's plenty of room to chase around prey and explore, it also means long stretches where there's no prey at all, where all you can really do is hope that the kids hold out until their next meal. This is never under your control. You can tell when hunger's starting to set in by how whiny the cubs start to get--and the whine when one of them finally collapses from starvation is a heartbreaking one--but there's no surefire way to really rectify that situation because you never know what's over the next ridge. It could be a nest of delicious, life-sustaining rabbits. It could be absolutely nothing, meaning you've wasted precious stamina you'll need to chase down actual food when it shows up.

The rest of the tension comes later, when you hear the howling of wolves in the distance, which means it's time to run like hell for higher ground. Without fail, I've lost at least one cub every time I've reached the wolves, and yet each time, I've never seen exactly which wolves took it down. I can't tell if that's more frightening or not.

Shelter 2 places you smack dab in the middle of the food chain, meaning you can be both predator or prey at any given moment.

None of this is particularly bad, but it's also painfully simple. There's a cycle of seasons and time in the game, so when the ground and trees turn white and the waters freeze, my instinct is to find actual shelter for the pack, not realizing that that's an easy way to starve to death, since leaving the initial area usually involves a 10-minute push back to the starting point. When my prey ran off into the forest, my response was to try climbing into the trees to pounce from above. Also not an option. There's a not-really-explained mechanic when you've killed an animal that appears to allow you to cover up the remains, which I figured would come into play later to prevent the wolves from tracking the rest of my pack, but sure enough, they found me, a few minutes later, despite this. The original Shelter's problems have not been fixed. In giving us a far more complex but familiar creature, Shelter's ambitions have grown, but the execution has not grown with them. This big, beautiful open world that's been created is prime to do something with a sandbox besides cramming it with minigames, but it’s never taken advantage of. And just like the first game, it's over right as it feels like it begins, a shade over an hour total from beginning to end, though with no poetic post-script this time to dull the disappointment.

And so, we're left with a game that woefully undercooks its concept, a partial success in that nothing that the game does is particularly bad, but for a concept that has always felt like a no-brainer, “why didn't somebody think of that before” situation, the fact that it doesn't do some fairly obviously things to make the game earn its price tag is disheartening. Shelter, as a series, has the right spirit, the right ideas, and it is once again hamstrung by its inability to go the extra, needed mile to do them justice. 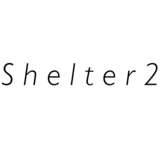 Justin Clark was able to get through Shelter 2 in about two hours after two dismal false starts, one in which the cubs starved to death, and another in which all the cubs got eaten by wolves. Fact of life: You're not a real parent unless you've had to bite your kid on the neck and drag him away before he gets eaten by wolves.