Shaun White is a real person. He is famous for riding boards (of both the skate and snow variety) and winning medals in international competitions. The snowboarding game to which he has lent his name seems to take place in the real world, where gravity limits how high you can jump and what sort of tricks you can pull off. Unfortunately, Shaun White Snowboarding too often breaks away from this realistic depiction. The activities you'll be competing in so wildly clash with the actual sport that this feels more like a poorly conceived platformer than an exciting sporting extravaganza. Because of the dichotomy between real-life actions and fantasy land adventuring, Shaun White's first game is choppy, unfocused, and way too aggravating to be fun.

Shaun White Snowboarding offers four huge mountains that you are free to explore however you wish; there are no time limits or preset paths to follow. Taking part in freestyle activities or trying to find the best places to perform tricks in this open world can be mildly entertaining, but there is structure when you tire of trying to make your own fun. Though you'll be asked to create your own character at the start of the game, your actual role is little more than errand boy (or girl) for Shaun White. The limited cutscenes--including White's awkward stab at asking out a girl--are a poor attempt at creating a likable universe in which to grind fallen trees. Unfortunately, the snowboarding is every bit as shallow as the story. The simple controls let you spin and grab your board with ease, but the experience lacks impact; it feels as if you're hovering slightly above the earth at all times instead of carving a path down a snowy mountain. The sense of speed is also nonexistent; even when you're flying down a nearly vertical slope at top speeds, complete with unnecessary motion blur, it still feels slower than a child would travel on a backyard sled. And when you do crash, instead of wreaking havoc to your fragile body, you'll gracefully bounce back onto your feet with only a slight dip in velocity.

And instead of progressing through the game by pulling off wicked grabs and gravity-defying flips, you'll spend the majority of your time trying to track down hard-to-reach coins. While this mechanic serves as the backbone for many enjoyable platformers, it is arduous in a game with such poor locomotion. Navigating around the environment with a board strapped to your feet is way too finicky, making the continual backtracking to grind a string of rickety planks or nail the perfect angle off a ramp an absolute chore. Your reward for grabbing the coins is a whole new batch distributed across the four mountains. Each round of collecting comes with a new focus power, which lets you break down walls, go slightly faster, or catch extra air off a ramp. Unfortunately, your focus ability is tied to a diminishing meter that requires you to perform tricks to fill it. This means you'll have one or two attempts to snatch a coin before you're relegated to performing random tricks for 10 minutes to get another chance at the prize.

When you finally nab every coin, you'll be treated to a series of events that test your ability to pull off death-defying tricks. Actual snowboarding at last! Sadly, these events are only slightly more tolerable than the inane fetch quests they follow. The trick system is far too limited to hold your interest for long. Also, the focus abilities that give you super powers are often removed during these activities, which means you can’t perform the higher leaps and other feats you earned--so in comparison, your jumping ability feels even more stunted and unsatisfying. There is also a severe lack of variety among the four mountain ranges. Aside from Park City these are fictional locations--taking place in the nebulous "Europe" as opposed to a real resort like Zermatt--but the cavalcade of fallen trees and submerged cabins becomes monotonous before long. And while the unfettered canvas of snow and rocky cliffs look quite impressive, the stilted animations of your rider combined with unpredictable collision detection remove any chance of immersion.

Thankfully, the multiplayer mode brings a little bit of life to this package. Up to 16 players can take to a mountain at one time, venturing wherever they like in the open world. Any forced exploration has been removed here; players can grind and flip in whatever manner they please. There are a number of different events littered around the slopes to compete in, too. The simple racing and jibbing exercises are only mildly interesting on their own, but the ability to toss snowballs at your competitors adds a little bit of chaotic joy to the mix. Performing a perfect 1080 can be fun, but it's even more entertaining pelting your buddy just before he or she lands a particularly difficult trick. Many of the same flaws present in the single-player mode are just as noticeable here, so don't expect more than a few runs before you tire of the simple tricks and touchy physics. Still, this is clearly the most entertaining aspect of the game.

Shaun White Snowboarding never commits to being either a realistic simulation or an over-the-top, arcade-style game--which makes the experience feel uneven and unsatisfying. The long deviation to platforming exploration feels decidedly out of place here, conjuring up excruciating trials that have almost nothing to do with the actual sport. However, even as a pure snowboarding game, Shaun White comes up way short. Mindlessly performing tricks either by yourself or with friends can be enjoyable for a while, but the lack of depth ensures your attention won't be grabbed for long. Shaun White Snowboarding is like trying to save a snowball in your freezer until summer--it seems like a good idea, but never really works out.

Editor's Note: This review previously stated that all of the mountains in the game are fictitious. In fact, Park City is based on a resort in Utah. GameSpot regrets the error. 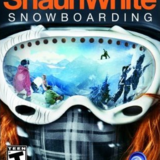 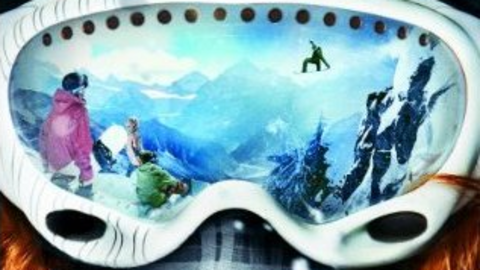 Ubisoft is teaming up with Olympic medalist, X-Games champion, and so-called "Flying Tomato" Shaun White for an all-new snowboarding game.