Shannara is an excellent pick for novice users or fans of Mr. Brooks, but experienced players should probably keep looking.

Having been a fan of Terry Brooks novels since 1979, I was thrilled to find out that someone had used the “Shannara” universe as the setting for a computer adventure game. Combining crisp, realistic graphics and a sparse but powerful soundtrack, Legend has created an atmosphere-filled adventure that is surprisingly evocative considering its medium. Into this already impressive framework is set a storyline strong enough to provoke genuine emotional response to the various characters in the game.

Your exploration of Shannara is simplified by the game's basic interface. All major game functions can be handled with a quick click or two on the mouse button. Although this system is extremely effective for movement and inventory, it has the unfortunate drawback of rendering combat somewhat lifeless. Your only real impact on these conflicts is through the general commands—like attack, retreat, and defend—which never really deliver the feeling of control that you need in a combat system. Fortunately, by staying out of trouble, a careful player can keep minimize the effects of these frustrating flaws on gameplay.

The real soul of Shannara lies in its puzzles. As you might expect, you spend most of your time in this game finding various items and trying to figure out where to use them. Even so, the puzzles are fresh and well-implemented—though a bit basic for adventure game veterans.

Even though the game's linear structure ensures that you'll spend a little while in Frustrationland, the excellent plot, moving character development, and top-notch visuals make for some pretty entertaining gaming. Shannara is an excellent pick for novice users or fans of Mr. Brooks, but experienced players should probably keep looking. 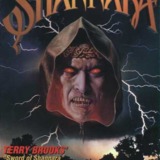