What good is a popular anime and manga series without several video games to accompany it? While the long-running Shaman King series has already spawned numerous games spread across many different platforms, Shaman King: Power of Spirit marks the first time players outside of Japan will have the chance to play as Yoh Asakura, the mighty samurai spirit Amidamaru, as well as many other characters that you'll run across in the series. With the manga currently appearing in the monthly edition of Shonen Jump and the anime airing on Fox, Konami has deemed it time to bring the series to the United States. The game is clearly aimed at an audience directly in the same age bracket as those who enjoy Dragon Ball Z, though Shaman King: Power of Spirit might be just a bit much for younger gamers to wrap their heads around, especially those accustomed to fast, button-mashing action rather that strategic, turn-based gameplay. Run-of-the-mill fighting and stripped-down strategy sequences make Shaman King a fairly drab ride that's only recommendable to extreme fans of the series.

For the uninitiated, Shaman King centers around a group of special children gifted with the powers to interact with those that inhabit the spirit world. Yoh Asakura, the main protagonist of the series, is on a mission to assume the role of Shaman King and rid the world of those who would want to do it harm. Along the way, you'll make plenty of new friends and even more enemies, all delivered with a healthy dose of sentiment. At Yoh's side is his faithful spirit companion Amidamaru, an ancient samurai that shares a special bond with Yoh. At any time, Yoh can become one with Amidamaru's spirit and he can transform into an incredibly powerful warrior. This sets the stage for nearly all of the action you'll find in the series. As you can imagine, there are plenty of other would-be shamans out there, all wanting to become the one and only Shaman King for their own reasons. The game begins with Yoh preparing to enter a tournament to decide once and for all who will assume the throne, and thus, your adventure begins.

As previously mentioned, the game combines two popular genres into one. On one side, you've got a strategic element, as the battles are initiated on a playing field in a series of turn-based moves. By carefully moving around the map and employing various items, you'll be able to gain the upper hand before the battle ever starts. Fans of games such as Final Fantasy Tactics, Disgaea, and the like will be able to grasp the concept with ease, as this portion of the game is stripped down to its barest essentials. Those who are just getting their first taste of this style of gameplay might be overwhelmed at first, but in the end, it boils down to a grown-up version of checkers in some aspects. Once you've carefully placed your characters on the battlefield, the game picks up the pace by shifting to a 3D fighting game, similar to that of Dragon Ball Z: Budokai. All the conventions of these types of games are present, such as tricky combos and special moves. Clearly, this is the part of game that most fans of the series will be most interested in, as it gives them a chance to get behind the wheel, so to speak, of some of their favorite characters in battle. Unfortunately, the fighting isn't executed very well, which makes it a pretty boring part of the game.

Each round begins and ends with a lengthy cutscene, which features some incredibly long dialogue between characters that reveals the backstory behind the game and creates just the right amount of antagonistic tension before the battles start. These sequences are portrayed through somewhat bland cutscenes that use 2D portrayals of the various characters in the game, along with well-acted dialogue thrown in at just the right moments. As with just about any strategy game, the conditions for winning are laid out for you, but most of the time winning simply consists of besting your opponent in the fighting portion of the game. Yoh begins his quest with an extremely limited amount of moves at his disposal. With barely more than a couple of attacks and ways to defend yourself, moving through the early part of the game is quite a chore, especially while you're coming to grips with the generally clunky and spotty performance of the fighting mechanics. In these early battles, before you start to gain experience and power, your character responds sluggishly to your commands, making battles much harder earlier in the game rather than later on. Thankfully, after you've gotten several wins under your belt, Yoh powers himself up rather quickly, and soon enough fighting becomes much more fluid and responsive. As you gain new and more powerful moves, Yoh also becomes much more of a threat during battle.

The tournament progresses and Yoh gathers his friends around him. The battles become more and more intense, as you'll soon be taking on multiple enemies at a time, sometimes even battling a shaman and its spirit separately. When these battles arise, you'll generally have a friend or two in tow to help you along. Should they be in close enough proximity when battle is initiated, they'll jump in as a computer-controlled second player to help you out. Should you be out of attack range when a friend jumps in to battle, the fight is simulated quickly on the main game board and then control is quickly passed back to you. While it would have been nice to be able to have a friend pick up a second controller to battle evil with, sadly, Power of Spirit doesn't come equipped with any sort of two-player component.

While the bulk of the story may be told by way of rather bland 2D cutscenes, the strategy and action portions of the game are all 3D. Yoh, his friends, and his enemies are all rendered well, staying faithful to what you might expect them to look like. During the action sequences, animations are somewhat lacking, to the point that after just a few battles you've seen just about every move in the book. On the other hand, when you merge with your spirit, your character takes on an impressive, colorful glow with a number of nice effects, truly bringing your shaman to life. Graphically, though, this is just about the only area where the game stands out. The arenas in which battle takes place are also somewhat boring, flat, and generally uninspired. While great lengths were taken to preserve the same artistic feel of the series, there just simply isn't enough to make the game anything more than average. The same can also be said about the game's audio. You've got a standard assortment of music that fits well within the game, but certainly nothing that will inspire you to rush out and buy the soundtrack. To its credit, the voice acting in the game is well done, and it definitely helps to make the lengthy story sequences livelier.

As you might imagine, Power of Spirit tries hard to stay faithful to the source material, and it does a fine job in that respect. The game is a combination of two vastly different genres, executed in a stripped down, sloppy manner, and it ultimately results in a package that isn't held together well. Fans of the series will jump for joy at the chance to be able to win the title of Shaman King for themselves, but those looking for a thrilling combination of strategy and fight will be disappointed at the results. In the end, Shaman King falls short in nearly every aspect. 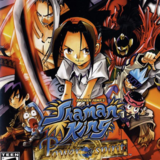 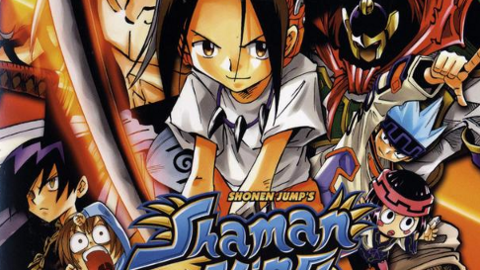 Konami is developing a "exhilarating side-scrolling adventure" based on the popular Japanese manga and anime series.

8
Sign In to rate Shaman King: Power of Spirit