The Shadowrun franchise has seen several video game adaptations, but until last year's Shadowrun Returns, none of them managed to capture both the atmosphere of the sci-fi/fantasy hybrid universe and the flexibility that tabletop games typically allow. With the Dragonfall expansion, Harebrained Schemes has buffed out many of Returns' blemishes, making it the closest any video game has come to embracing the unabridged spirit of this classic cyberpunk setting.

Shadowrun is a mishmash of dystopian science-fiction themes and standard high-fantasy tropes. The game takes place in an alternate future following an event known as the Awakening, which reintroduced magic into an otherwise ordinary world. With that catastrophe, dragons of unimaginable power have been released, humans have been torn and split into different metatypes (that is, dwarves, elves, orks, and trolls), people can hack computers with their brains, and a precious few individuals have learned to tap their soul and fuel magic of all sorts. The eponymous Dragonfall refers to the defeat of one of the toughest and most genocidal dragons unshackled by the Awakening: Feuerschwinge.

The expansion opens just as your group of mercenaries is starting out on a mission to infiltrate a mansion and grab some valuable data. But things don't go quite as planned. Monika, your group's decker (a snazzy term for hacker) is killed by some neural feedback while trying to force open the mansion's vault. From there, things get hairy. The minutiae are fairly cliche, but the beauty of this expansion and its base game is in the atmosphere. The environments are lovingly and painstakingly crafted, and on the soundtrack, rushing electronic beats with a smattering of ominous flourishes, all arranged by the man behind the soundtrack for the 1993 SNES game, set an oppressive, tense tone in this neo-Berlin. Even so, the writing is Dragonfall's forte. Rich descriptions that in a longer format would come off as heavy and plodding instead clearly define the stage and its actors. Dragonfall excels here, far surpassing the Dead Man's Switch campaign from last summer.

All of this has the added benefit of perfectly mirroring the game's source material: the Shadowrun tabletop RPG. Not only can you picture yourself "running the shadows" in the dark alleys and slums of Berlin in the 2050s, but you can alternatively imagine sitting around a dining room table, beer in hand, as a friend reads off his meticulously tweaked campaign with melodramatic effect. It's a classic environment of bonding and one that has been historically difficult to transfer to the electronic world. Exposition, as is common in games in the Dungeons & Dragons family tree, is punctuated by combat sections, giving the narrative a clean, satisfying pace.

Battles play out much as they did in Dead Man's Switch. You move through the overworld in standard RPG fashion--looking for quests and items, shops and secrets--with the game pulling back and applying more rigid tabletop-style rules when you enter combat. You transition from relatively free movement to a turn-based system with a limited number of actions for each round. From there, you command each member of your party to cast spells, shoot guns, use health kits, and generally prepare for the onslaught of cybernetically modified thugs. If you have a decker in your party, you'll also have the option to jack into the Matrix, a loose analogue for this universe's Internet, and provide tactical support by taking control of turrets and sentries, or opening new doors.

The action and storytelling merge beautifully in one memorable experience after another, one of which is an excursion into a corporation’s headquarters to steal some valuable tech. Within minutes I was scribbling down the names of chemicals to help neutralize a poison that leaked through a lab, and then poring over information to grab passwords to a computer system that held information I later sold at a high price. That was all contextualized by an excellently written introduction describing the cold corporate environment, and juxtaposed with mysterious dead bodies and layers of secrets scattered throughout the map. Dragonfall captures a magical, heart-pounding ambience that relies on effective visual presentation, spot-on mood music, and descriptive text. From detonating entire building complexes to assassinating rogue agents, there’s nary a dull moment in Dragonfall, and every mission is crafted to capture the right mix of mystery, fear, exploration, and action.

Furthermore, Dragonfall gives you plenty of latitude to solve problems, more than the original campaign did. The overall level design is still fairly linear, but environments are significantly more open than your usual fare. This expansion also adds quite a few weapons and items to bolster the meager offerings of Dead Man's Switch. Unfortunately, the additions also serve to highlight one of the game's key weaknesses, namely the inability to maintain the illusion of depth.

There’s nary a dull moment in Dragonfall, and every mission is crafted to capture the right mix of mystery, fear, exploration, and action.

Tabletop RPGs are defined by their open design. You can do pretty much anything at any time, and it's doubtful that any computer game will be able to keep up with that kind of flexibility anytime soon. What video games do need to manage, however, is the illusion of complexity. They need to be capable of pretending there's more to the game than there really is. Star Wars: Knights of the Old Republic, for example, is based heavily on a table RPG and uses fundamental mechanics from Dungeons & Dragons. KOTOR is just as linear as Dragonfall, yet it maintains the illusion of a much bigger world, of which you see only a tiny sliver. Part of that is supported by the ability to loot bodies for items, especially unique ones, and part of that comes from the game's crafting system. Both mechanics are bare-bones, but they keep you from knowing everything the game has to offer up front. That creates mystery and encourages you to explore to find better gear and neat little secrets. Sadly, Dragonfall relies exclusively on monetary quest rewards and the occasional item or two in a storage locker. That means all of your really great equipment comes from merchants, and while it is true that your inventory grows as the game progresses, the absence of gear you find in the field robs you of one of the most vital experiences in these kinds of games: finding something truly amazing that you didn't expect.

Thankfully, that knock doesn't do much to dull Shadowrun: Dragonfall's sharp edge. Harebrained Schemes has shown that it is committed to improvement. It has fixed a lot of the critical problems from the first entry (most notably that abhorrent save system), and the writing is leaps and bounds better here, making Dragonfall the first game that truly capitalizes on this incredible universe's great potential. 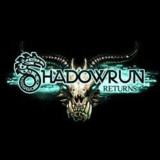 Daniel Starkey has been running the shadows since he was a child, and is cautiously optimistic about the future of Harebrained Schemes' new system. 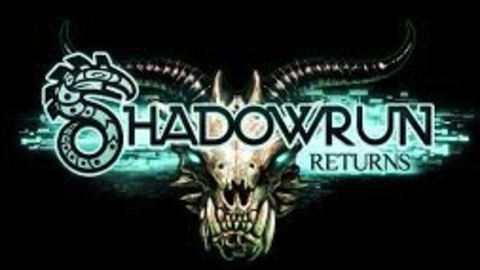 Shadowrun Returns is a 2D turn-based single player role playing game with an emphasis on storytelling and tactical combat.