Shadow Tower is From Software's fourth attempt in the first-person action-RPG genre, following the King's Field trilogy (only two of which were released in North America). For those who don't know the King's Field series, it was a relatively popular first-generation, first-person action-RPG in Japan. You roamed dungeons, fought monsters using different weapons and magic, gain experience, and leveled up. The controls took a little getting used to, plus the game ran at 15 frames per second, causing frustration among some gamers. The game also didn't give you much direction; you had to piece everything together yourself. Shadow Tower is pretty similar, save for a few exceptions.The story takes place on the continent of Eclipse, where the holy land of Zepter lies. In this land is a sealed tower guarded by the kings of surrounding nations, keeping to traditions passed down from their ancestors. A long time ago a tragedy descended upon the kingdom of Eclipse. There was a crown with a single eye, and its terrible gaze snuffed out the kingdom in one night, leaving nothing but a gargantuan hole. That single-eyed crown that once glowed so ominously is now closed and quietly sealed within a tower. Ages have passed, and darkness has once again consumed the peaceful land. You will take the role of Ruus Hardy and go into the darkness to fight against evil creatures and monsters in search of the crown with the single eye.Shadow Tower introduces new features and changes from King's Field. Pressing different combinations of buttons on your PlayStation controller lets you switch weapons, shields, and magic from your primary to secondary and vice versa. This is very helpful, because one thing that's a real nuisance about this game is that accessing the menu screen requires loading (a Now Loading screen even pops up!). The game also eliminates the element of gaining experience and leveling up. Instead, it is replaced with soul points (SP), which can be used to enhance physical and magical attributes, such as hit points (HP) and magic points (MP). SPs are gained by defeating monsters or through special items.The game has also brought along a few elements from the game Diablo, mostly in its use of inventory. Weapons and armor deteriorate as you use them and will eventually break without repair. You can spend your HP to repair worn-out or broken items. This brings a lack of balance to the gameplay because you have a limited number of potions to regain HP. You can only find HP potions in dungeons, by killing monsters, or by trading in items. Surviving the different layers of dungeons is one thing, but trying to keep your HP and weapons at their best is something that can't be done easily. Also, you rarely earn money from killing monsters, so you are limited as to what you can buy in stores. The polygonal models of creatures and monsters show that the graphics have certainly improved over King's Field, but the frame rate still remains an issue. Although 15 frames per second in King's Field seemed bad at that time, looking at Shadow Tower in 20 frames per second still just doesn't cut it in these days of 30-60fps games. Even the pilot demo of King's Field II (which was only available a few years ago at the Tokyo Game Show in Japan) ran at 30 frames per second. So the technology is there, just not implemented. It's too bad.The dark, gloomy overture that plays across the main title might get you excited about the game's soundtrack, but the game only contains heavy footsteps and growling, and no music whatsoever. One can respect the developers' attempt to keep the dark mood and atmosphere by not putting any music in the game, but it just isn't effective. Sure, there are certain parts where you are startled at the sudden appearances of evil creatures from dead corpses, but the absence of music is still disappointing. In place of a soundtrack are character voice-overs. But while many of the game's characters speak, the voice acting is totally lifeless. You come across a shop and pause. There is silence, and then the store clerk speaks, "I don't care if you're human, as long as you're a customer." And then silence again. Very boring stuff.There are other features in the game where you can try to fill an encyclopedia with a complete list of all the creatures in the game. You can also collect rare weapons and armor and place them as bets in a two-player arena mode, but this will likely only attract hard-core players of the game.

Shadow Tower is a blend of King's Field and more actioney RPGs like Diablo - a mix that only ends up bringing frustration rather than a sense of adventure. The game was released over a year ago in Japan, and it shows; it looks extremely outdated when compared with current PlayStation games. If you are a hard-core fan of the King's Field series, you may want to give this one a try. But others will just be wasting their time. 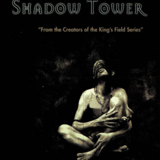 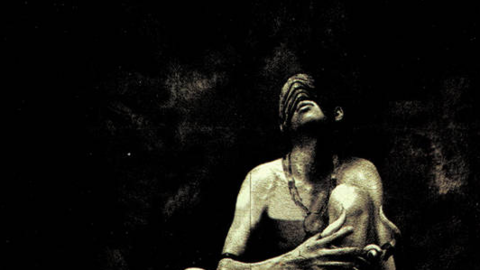