Shadow of the Beast Review

Those of us who read our game manuals cover to cover in the '80s were often treated to verbose backstories that help set the scene. These introductions provided context that was often missing within the game, and a deeper understanding of the hero’s motivation. In its modern reimagining of Shadow of the Beast, Heavy Spectrum brings one of these decades old text descriptions to life. To finally witness the premise of the Psygnosis classic in modern, animated cutscenes is to also explore the creators’ disturbing and inhumane vision. It is of a kidnapped human baby subjected to experiments, trained to be a thoughtless killer, and ultimately transformed into a veritable beast.

The beast, Aarbron, begins the game by helping his master Zelek hunt for another infant subject. In doing so, Aarbron subsequently learns of his true past and proceeds to lash out, severely wounding his master in the process. It turns out that cutting Zelek without finishing him off was a mistake--Zelek throws his blood on the ground in order to summon minions throughout the game.

Even though this isn’t a scene-for-scene remake of the original Shadow of the Beast, this new version retains the original’s then-unusual mix of linear and exploratory sections. It’s more segmented this time, where each area is self-contained. Today's Shadow of the Beast leans into the allure of replay incentives, including hidden areas, expanded narrative moments, and medal ranks for each encounter.

Within each chapter is a set series of fights, with exploration sections serving as the connective tissue. Combat plays out like a puzzle of space management, where you have to deal with two processions of would-be assailants--enemies pour in from both sides of the screen at once. You soon learn that you have to be simultaneously efficient, and aware of each enemy's specific weaknesses. It's difficult to cope with being attacked from two sides at once, especially when engagements can involve as many as 30 enemies. Later in the game, some are impervious to certain attacks and it becomes a tiresome process of figuring out a foe’s specific weak point to get the job done. Like a poorly designed fighting game, there are ways to exploit certain fights by repeatedly using the basic attack, while there are other instances where the same foes are inexplicably invincible during particular frames of animation. This can easily put you in a combat mindset where you hope for the best rather than go in confident that your knowledge and skills will be sufficient.

The substandard controls also extend to the platforming sections, where every leap feels sluggish. It’s the kind of mild irritation that isn’t pronounced until you fail a platforming sequence and have to repeat it multiple times to get it right. Aarbron is also gifted with wall running abilities, which is needed for the mainline paths. What’s frustrating are the advanced moves, particularly when you’re trying to run up a wall immediately after missing a jump. Even if you think you hit the climb button at the right time, you can still fail.

For every environmental puzzle that makes you feel smart in Shadow of the Beast, there’s another that demands the kind of obtuse thinking that doesn’t feel rewarding. You can lose a dozen lives and half an hour trying to navigate through a nearly pitch black area only to realize that you had to take another path first to find an illumination device.

Having direct access to the original game as an unlock is a blessing, if only to revisit the preposterous and quaint enemy designs within. From self-propelled rocks to obese bats, one couldn’t help but laugh at the charming diversity of the bestiary from 1989. There’s more cohesion and consistency in the remake's bestiary, with some room made for the original creatures to get an update.

Large bosses played a meaningful role in the original game so it’s not surprising that similarly-sized gatekeepers would appear. One of the more memorable foes spends the majority of a chapter chasing and taunting you in the background before the actual battle. It’s a menacing sequence and one of the game’s few highlights.

Shadow of the Beast also comes with a stacked social component, built on the premise that you will be motivated to replay chapters upon seeing friends’ scores in the leaderboard and their various accomplishments through the in-game live feed--a big ask, given the disappointing platforming and combat. There's also a button-mashing mini game where you can try to dismember and decapitate your colleague’s beast in a race against time. The novelty of this Mortal Kombat-style brutality--and the satisfaction of beating friends’ times--wears out quickly.

From the visuals to the strict adherence to the original game's story, this reimagining is not bereft of fan service. Its failings come from the features one doesn’t associate with the series, such as the social hooks and the segmented structure of the world. The well-intentioned replay incentives are nearly rendered irrelevant by pedestrian level designs and rough combat. For a remake, it's not a good sign that the best part about the modern Shadow of the Beast is revisiting the game that inspired it.

View Comments (82)
Back To Top
5
Mediocre
About GameSpot Reviews 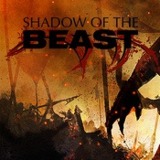 Miguel beat Shadow of the Beast’s seven chapters, and went back to play a few after beating the game. He also spent time exploring the bonus content. He’s had prior experience with the series, having played the Genesis version of Shadow of the Beast. GameSpot was provided with a copy of the game for the purpose of this review. 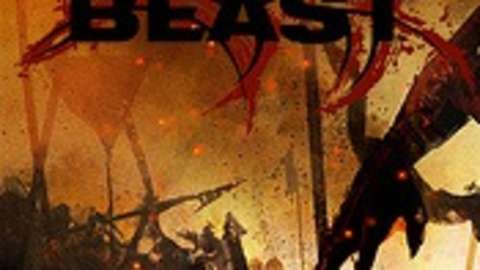 Shadow of the Beast

Shadow of the Beast is an action adventure game where you seek to dethrone the evil lord Maletoth.