It is a very good game marred by some very bad design decisions.

The word "great" all too easily finds its way into game reviews. Great graphics, great gameplay, great multiplayer support - let's face it, the word great is greatly overused. Shadow Company: Left for Dead is one of those rare games that truly merits the word - but probably not in the way its developers envisioned. In fact, this real-time tactical combat game from Ubi Soft and Sinister Games falls into the dreaded category of games that aren't but should have been... you guessed it - great. Unfortunately, Shadow Company's horrific controls and camera angles, its abbreviated single-player campaign, and its bizarre gameplay glitches all hamper what could easily have been one of the year's best games.

Much like the Jagged Alliance games from Sirtech, Shadow Company puts you in command of a small squad of mercenaries. You begin the game with only a three-man force, left for dead (hence the subtitle) after a botched operation in Angola. You must first complete your original assignment with limited troops and equipment and then escape to a safe extraction point before the game's main campaign begins in earnest.

The game offers a brief nine-mission single-player campaign, though each of the missions involves a dizzying array of objectives. You are often called upon to complete five or six seemingly unrelated tasks - rescue a prisoner and blow up a submarine, for example - against enormous odds. Often, you'll find dozens of enemy soldiers guarding and patrolling your target area. Fortunately, you have a very impressive arsenal at your disposal.

With the money you make from successful missions, you can hire new mercs and buy new equipment. Weapons include handguns, submachine guns, assault weapons, and sniper rifles, as well as grenades, knives, and bazookas. You can also stock up on body armor, night-vision goggles, medical kits, and all that other stuff a good mercenary army needs in the field.

Unlike in the Jagged Alliance games, all the action in Shadow Company unfolds in real-time, which is a mixed blessing. On the one hand, it gives the game a Rainbow Six-like feel, where you run your troops through dazzling 3D environments without having to worry about movement points and such. However, it can be tough keeping tabs on all your troops - and unlike in Rainbow Six, you don't have any mission plans or AI group commanders to help you out in Shadow Company. Technically, you can command up to eight mercenaries at a time, but controlling as many as four can be a daunting task, so you'll want to make very sure you need the extra manpower before hiring additional soldiers.

Most of the trouble with Shadow Company can be tracked to a single, glaring flaw: the camera controls. Your view of the action is similar to the camerawork in Bungie's Myth games. All the mission environments are impressively rendered in 3D, and you have a bird's-eye view of everything. You can pan the camera using the numeric keypad or the mouse, as well as rotate and change the elevation. All of this is rather straightforward, but because the game does a terrible job of centering on your units, you spend most of your time struggling with the camera to get a clear view of the terrain around your troops. Even when you choose to center on a specific merc, once you begin rotating the camera, your view seems to spiral farther and farther away from its focus, leaving you with a distant and nearly useless viewing angle. When you click on the "track object" option, the camera moves in a jerky, headache-inducing motion, which renders this option just as useless.

What's more, the game's 3D engine suffers from bizarre polygonal clipping and object-overlapping issues that seriously affect gameplay. For starters, every object appears to block out everything behind it, even when the foreground object is transparent. For example, even when you can see one of your units through the branches of a tree, you cannot select the merc without first rotating the camera to get a clear view of him. Often, you can't even target or select a unit behind a chain-link fence. And when using the game's sniper mode, you typically cannot squeeze off a shot when aiming through foliage - even when you have a bad guy lined up perfectly in your sights.

The first-person sniper mode also calls attention to another oddity. When aiming in this mode, your crosshairs turn red when you have a clean shot. However, the crosshair movement is somewhat jerky, as if you're moving through a series of grid points rather than a fluid 3D space. As a result, the perfect shot is often lined up well off the target's body, which is extremely confusing. Accordingly, when you line up what appears to be a perfect shot, with the crosshairs right on a bad guy's chest or head, your shot will almost always miss. Even worse, your sniper will occasionally refuse to squeeze the trigger, even when you have an obvious target. The same thing often happens with grenades, in fact - your merc won't throw it when you tell him to.

Even one of the game's best features, the mercs' ability to drive vehicles, isn't as good as it could have been. While it's undeniably cool to climb aboard a boat, a Hummer, or a snowmobile and drive it around the 3D terrain, the steering controls are awkward and cumbersome, mostly on account of the camera-angle problems. Why the game doesn't automatically place the camera above and directly behind your vehicle is a total mystery. As it stands, you have to drive your vehicle with the arrow keys while constantly updating the camera angle with the keypad.

Shadow Company isn't really a bad game. In fact, it is a very good game marred by some very bad design decisions. As such, it has its highlights. Its 3D graphics are excellent, including wonderfully detailed and realistic terrain, and its sound effects are similarly top-notch. Its music is also good, though it sounds remarkably like the tunes from the original Jagged Alliance. Last but not least, Shadow Company has a decent multiplayer component that allows up to eight players to take on the game's nine missions over IPX or IP connections.

Shadow Company has plenty going for it and will likely find a warm place in the hearts of some strategy gamers. But it is unlikely that the average real-time strategy player will have the patience to deal with this game's significant shortcomings. 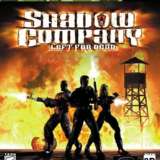 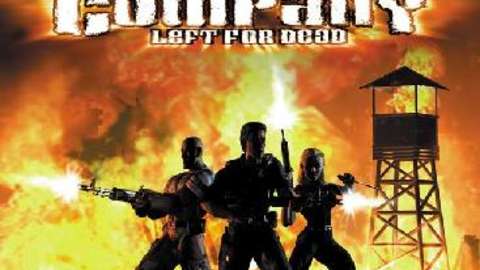 It is a very good game marred by some very bad design decisions.

7.7
Sign In to rate Shadow Company: Left For Dead