With a focus on trap deployment and confusing free-for-all multiplayer, this doesn't feel much like a Tenchu game at all.

Play word association with "Tenchu" and the last things you'll probably come up with are "Bomberman" and Tecmo's "Deception." Yet, From Software's Shadow Assault Tenchu for the Xbox 360 manages to incorporate elements of both in its gameplay, mixing the Tenchu franchise's stealth elements with a top-down perspective and an emphasis on setting up traps. This results in an interesting concept that is ultimately bogged down by a number of issues and inconsistencies.

Shadow Assault Tenchu sports wildly different single- and multiplayer modes. In the single-player mode, you choose a character and progress through 30 single-screen, timed levels, each requiring you to reach an exit, defeat every enemy, or assassinate a target. Each enemy type has a different range of vision, represented by extended yellow squares. As long as you don't step onto a yellow square, you're hidden, which gets a little ridiculous when you consider that you can stand almost immediately in front of certain enemies and still not be seen. Furthermore, trying to stay out of sight during the "reach the exit" levels is often wasted effort--unless you care excessively about high scores--as many of your assailants are slow to give chase once they see you, making it easy to simply outrun them to the exit (assuming that you're using one of the quicker characters).

More intriguing are the levels in which you're required to kill enemies or an assassination target. Instead of giving you any main melee weapons with which to complete your task, you have to rely entirely on pickups that spawn in periodically. These pickups range from throwing stars, bombs, poisoned rice, and--most commonly--springboard traps. That's right: The weapon you'll be using the most as a deadly ninja is a hidden board that hurls your enemies around the screen (complete with a "Boing!" sound) and into spikes or other explosive traps that you deploy.

At first, playing the role of Wile E. Coyote instead of a stealthy assassin seems silly for a Tenchu title. As the level layouts become progressively intricate, figuring out how to bounce a target off of multiple springboards and across successive spike pits does become quite a bit of fun. It requires you to understand the most efficient way to lay down your traps while avoiding detection, so there's a little bit of trial and error here. Unfortunately there's a 10-second load screen every time you restart a level, so it becomes quite frustrating if it takes you more than a few tries to grasp what it is you need to do. Further, the game plays entirely from a top-down perspective, but the positioning of the camera is such that walls and gates visually block spaces that you're supposed to walk on. They also make it impossible to see the traps you've laid in those areas, so you're likely to burn yourself with your own weapons.

These problems are somewhat mitigated by the fact that Shadow Assault Tenchu never gets overly challenging--but then, it never has the chance to, because the single-player portion can be completed in two to three hours. This is where the multiplayer mode comes in, but sadly, it's nowhere near as interesting as the single-player and is a complete departure from the Tenchu series. The objective is to goad your opponents into stepping onto the traps you lay down as they try to do the same thing. There's no stealth element; in fact, confusion is favored in this mode, as the game will randomly spawn in "fake" trap indicators to mislead everyone as to where the traps actually are. You can increase your chances of winning by grabbing three crystals that randomly appear, which turns you invincible and allows you to unleash projectiles for a short period of time, but having to wait for your opponents to step on traps half the time still mutes the action a bit. Putting all of this together leads to an experience that's a little too hectic to be as interesting the single-player, yet a little too slow to be as entertaining as a Bomberman title.

It's got some entertaining moments to be sure, but the short single-player and dull multiplayer make Shadow Assault tough to recommend. 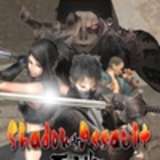 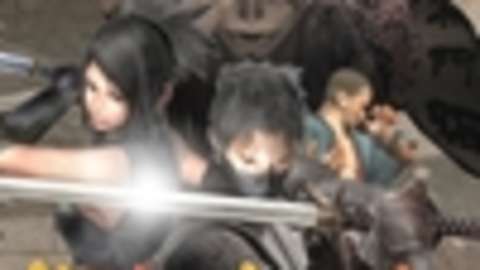 With a focus on trap deployment and confusing free-for-all multiplayer, this doesn't feel much like a Tenchu game at all.